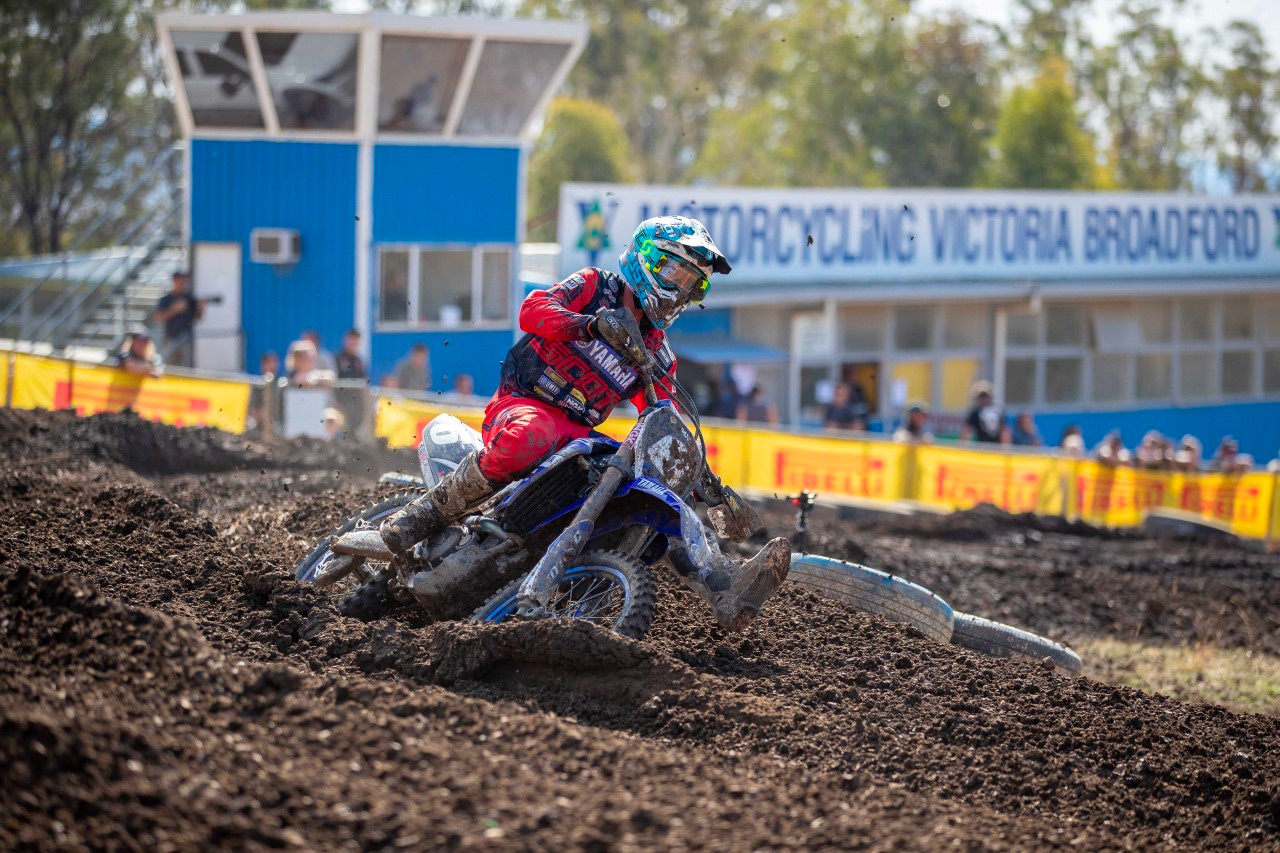 Wilson entered the round with minimal bike time following finger surgery after round two.
Jay Wilson has overcome a freak finger injury to score a moral boosting podium at the third round of the 2019 Pirelli MX Nationals at Broadford last weekend.

The Yamalube Yamaha Racing Team rider entered the round with minimal bike time following finger surgery after round two. While attempting to help load the team truck, Wilson crushed his finger in the stairs of the rig bad enough to require surgery the following day. He was unable to ride until the day of the event and the podium position was a pleasant surprise.

Wilson lacked feel on the clutch as it was the finger he used to control the power delivery of his YZ250F and as a result, his starts weren‰Ûªt to their usual standard, but he scrambled well to make up the lost time.

In moto one, he quickly moved into sixth on the opening lap and was making a move into the top five when he fell on a slippery down hill section of the track. He re-joined the race just inside the top 15 and began to work his way forward. The longer 30 minute race worked to his advantage and Jay was able to claw his way to fifth and gain valuable points despite the mishap.

The second race fared better, although his start still wasn‰Ûªt what he wanted. He moved into the top five by the mid-race point and then with some clear track began to quickly close the gap on the riders in front of him. He made quick work of two riders in front of him to snare third and then made some serious in roads on the second placed rider only to run out of time and shadow him over the finish line.

His 5-3 results gave him third for the day and he now sits second in the championship after the opening three rounds.

‰ÛÏToday was the best I have felt on the bike in motocross so far this year,‰Û
Pirelli MX2 Results