Jay Wilson and Meghan Rutledge On Top At Phillip Island Day One. 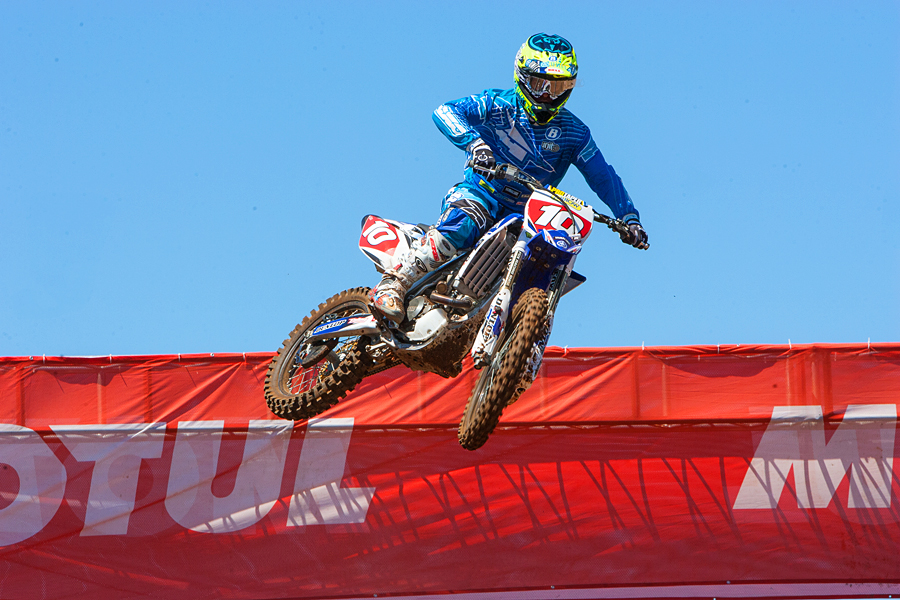 GYTR Yamaha's Jay Wilson has extended his lead in the 2013 Under 19s Australian Supercross Championship with a come from behind win at the first of three rounds to be held for the class at Phillip Island this weekend.

It was Raceline Pirelli Suzuki rider, Jake Emanuelli who fired out of the gate to claim the UNIT holeshot under the clear blue skies and quickly set about gaping the rest of the field, with Berry Sweet Yamaha's Corey James in second, New South Wales Junior Yamaha rider Joel Whightman in third.

Round one winner and current championship leader Wilson started near last and by the end of lap one was down in sixth place. By the end of lap four Wilson had moved his way into 2nd place ahead of James and then was gifted the race lead as clear race leader Emanuelli crashed heavily, damaging his bike in the process.

Wilson took full advantage of the situation, going on to win by a comfortable 27 seconds.

"It is great to start of the season with two wins. I did not get the best start out there just then but I stayed consistent and consistency is going to pay this season which we just showed." Wilson told Fullnoise.com.au just minutes after his race this afternoon. "The place is to take it race by race and be there at the end of the championship.

"We have three days of racing this here at the Island, I am working with Alterego Elite to make sure we keep putting the fuel in the body and taking care of my body to keep me going." Wilson added.

Wilson lead a Yamaha whitewash in the under 19s class, with Wightman finishing in second place after finding a way around James on the final lap to give Yamaha a clean sweep of the podium. Izak Maule made it a top four for Yamaha finishing just off the podium in fourth while Jake Donaher finished on fifth place to add a little colour to the day on his Kawasaki. 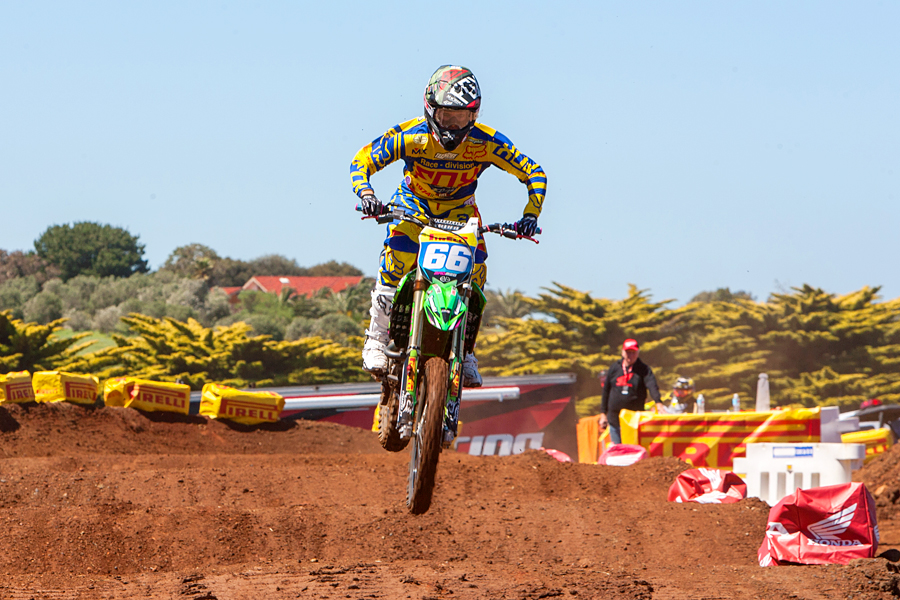 In the first round of the inaugural EVE Australian Women's Supercross Championship, Kawasaki mounted Meghan Ruteledge started the day on the front foot, leading the opening race from start to finish, while America's Jessica Patterson who is running out of the Serco Yamaha truck for the weekend finished in second. Honda backed Japanese rider Sayaka Kaneshiro rounded out the top three.

Patterson bounced back to take the win in the second women's race ahead of Rutledge and Kaneshiro, before Rutledge once again found herself out front when it counted in race number three taking the win ahead of Kaneshiro and Patterson.

At the end of the day Rutledge claimed the round from Patterson in second and Kaneshiro in third and will be looking to back up that result over the next two days as the Women return to the track for round's two and three of this years series.

"I was aiming to win three from three races today but I got a bit tangled up in race two and it did not all go to plan." Rutledge stated at the end of the day.

"I am happy to come away with the round one win, but I don't want to have to put up with another second place this weekend. I am the Aussie out there battling against the two international riders.

"I want to take the win for Australian and I want to do it for myself, my aim is to finish first for the rest of the races."

The third class to take to the track today was the Junior Lites, with round one winner, Brock Mcleary once again taking the round win for KTM ahead of Yamaha's Wilson Todd. KTM rider Jordan Hill rounded out the podium.