Jay Wilson and Dylan Long Confirmed at Honda For 2016 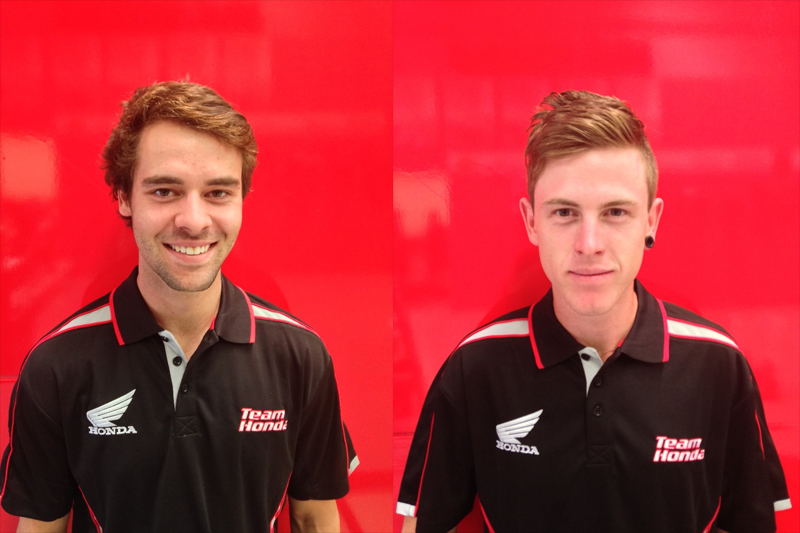 Following the announcement that Team Honda Racing will run the road and off-road racing teams under the one banner in 2016, the new team has now revealed their rider line-up across each discipline heading into the new racing season.

The Team Honda Racing off-road pits will see Jay Wilson and Dylan Long lining up to race a Honda CRF450R in both the Australian MX Nationals and the Australian Supercross Series.

Wilson won the 2015 MX2 title and spent the season under the watchful eye of former world champion Josh Coppins. With 5 senior Australian and New Zealand Motorcross and Supercross titles under his belt and FIM Junior World Championship to boot, Wilson‰Ûªs move into the premiere class is timely and he is very excited to be joining the Honda family.

‰ÛÏHaving wrapped up the motorcross title in MX2 class this year, MX1 was always going to be my next step." Wilson commented. "It‰Ûªs the premiere class and I believe it is very important to push myself as a rider so I am very excited to be going racing with Honda and the newly formed team in 2016.

"Paul Free and Pip Harrison have both worked very hard to put a competitive package together and I couldn‰Ûªt be happier to join such a successful team of people.‰Û