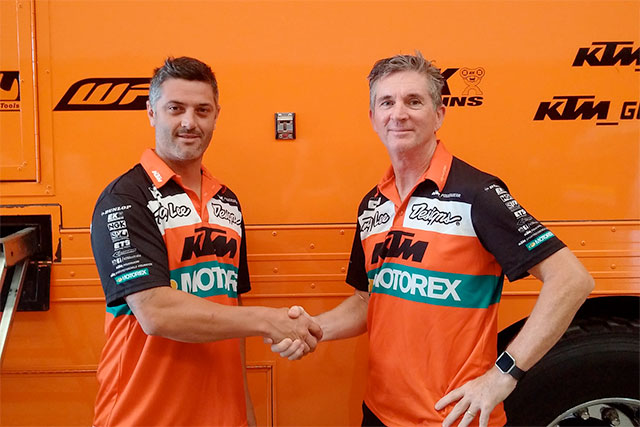 Thirty-three-year-old Marmont began his professional career with KTM and went on to win numerous Australian motocross and supercross championships, before coming out of retirement for last year‰Ûªs Australian Supercross Championship.

There he directed his vast experience and a good deal of raw speed to earn a top-five finish in the series, finishing with a memorable podium at the Aus-X Open in Sydney.

Marmont‰Ûªs industry currency, as well as his impeccable racing pedigree were key factors in the appointment, which sees him in charge of KTM‰Ûªs two-man premier class assault for 2017, incorporating MX Nationals winner Kirk Gibbs, and former MX2 Champion Luke Styke.

‰ÛÏIt‰Ûªs a new job role for me, having been around bikes for almost my whole life, and Leisky approached me about it just after supercross," Marmont explained.

"I was over the moon ‰ÛÒ it‰Ûªs going to be a lot of learning for me, but I‰Ûªve had a lot of different Team Managers myself and I know what to bring to the table. It‰Ûªs totally different from the other side of the fence of course, but I‰Ûªm looking forward to the season kicking off. I‰Ûªm really looking forward to seeing what Luke can achieve this year, and working with Gibbsy after his recovery, too.‰Û