Jason O’Halloran in high sprits leading in to Snetteron 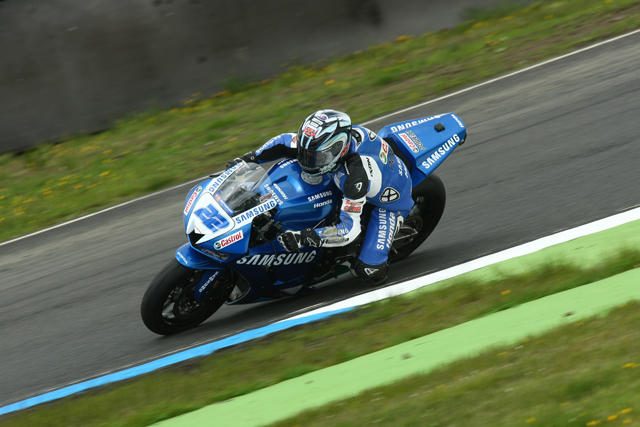 Samsung Honda's Jason O'Halloran is targeting podium success this weekend at the fifth round of the MCE Insurance British Superbike Championship at Snetterton in Norfolk ‰ÛÒ a track that has proved to be a happy hunting ground for the team in past seasons.

Following a successful test at the Norfolk circuit last week, O‰ÛªHalloran is in high spirits ahead of this weekend‰Ûªs Motorpoint British Supersport Championship races.

The Australian rider took the Superstock race win at Snetterton last year and will be aiming to add more victories to his tally at the weekend, this time aboard his Honda CBR600RR Supersport machine.

"Snetterton has been a good track for me in the past; we won the Superstock race last year and I am hoping that this weekend we can have two solid races and reward the team for their hard work so far this season." O'halloran stated.

"We had a decent test and realistically this should be a good event for us as we want to turn things around after some bad luck at Knockhill," he added.

O'Halloran will be joined in the Supersport 600 class, by fellow Australian's Glen Richards and Billy MacConnell aboard their Triumph race bikes.

Top Image: Jason O'Halloran is in high sprits leading in to the Snetteron round of the BSB this weekend.
Credit: Honda Racing