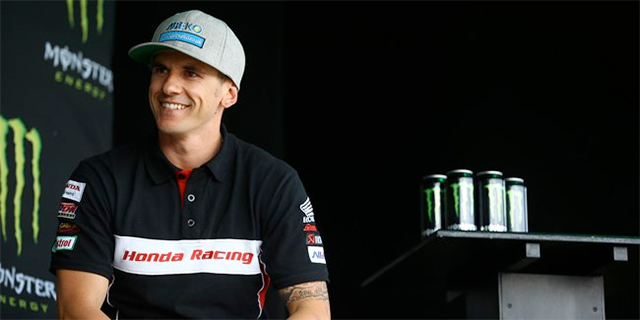 Australia's Jason O'Halloran will return to the track for the first time since recovering from injury next week when the Honda Racing rider heads to Cartagena ahead of the team's opening tests in March to complete laps on his Superstock race-winning Fireblade from the 2014 season.

O'Halloran had been holding a position inside the top six in the standings last season and scored his first podium finish in the British Superbike class at Snetterton before a crash at Thruxton left him sidelined with a broken femur and left hand.

"For me its ace to be able to get back out on track before we start our Superbike test programme in March," Halloran said.

"To get some laps on my 2014 Superstock Honda and to have my crew chief Paul there too will be really good for me because I feel it is really important for me to ride and blow away some of the cobwebs before our first test on the Superbike.

"I haven't ridden since the crash I had in August, so it has been a long time off the bike and so I am really looking forward to getting back into it and build my speed with consistent laps for two days. It will be good for me to get some laps in and just concentrate on my riding and not worry about times. Once we have had the time on track I will know if there is anything I need to focus on before our next tests in March, but I feel I am back to where I should be and am ready to go."