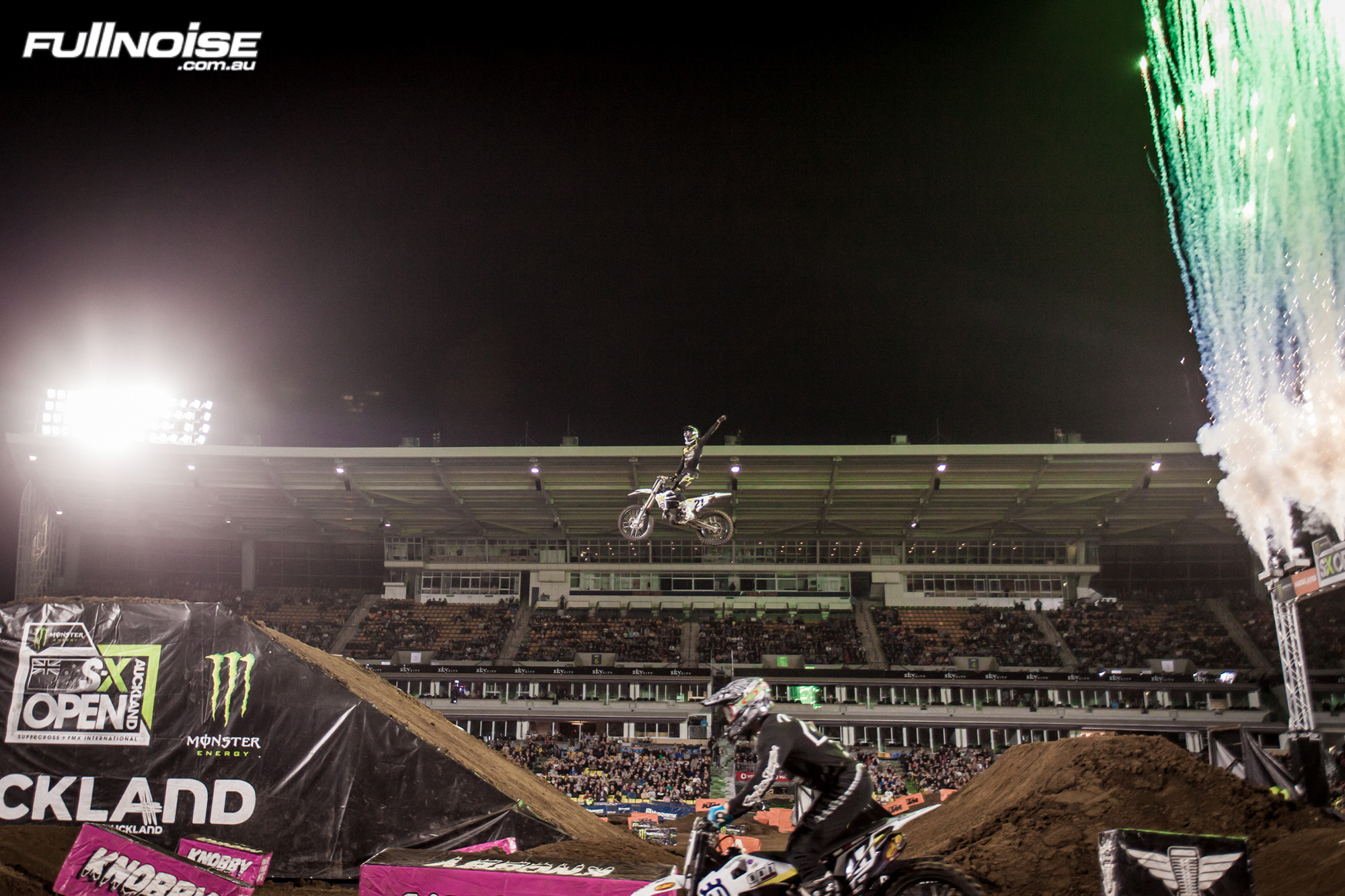 Anderson didn‰Ûªt have it easy however, with a stiff challenge from new Australian Supercross Championship points leader Luke Clout, who stood on the podium in P2 with a victory in race two of the Triple Crown format, along with South Australian legend Brett Metcalfe, who took third overall.

‰ÛÏI‰Ûªm stoked to grab the win here in Auckland, the racing was super intense tonight. It‰Ûªs always a blast to come over here and race in front of these fans ‰ÛÒ I‰Ûªll look to keep the ball rolling come Melbourne,‰Û 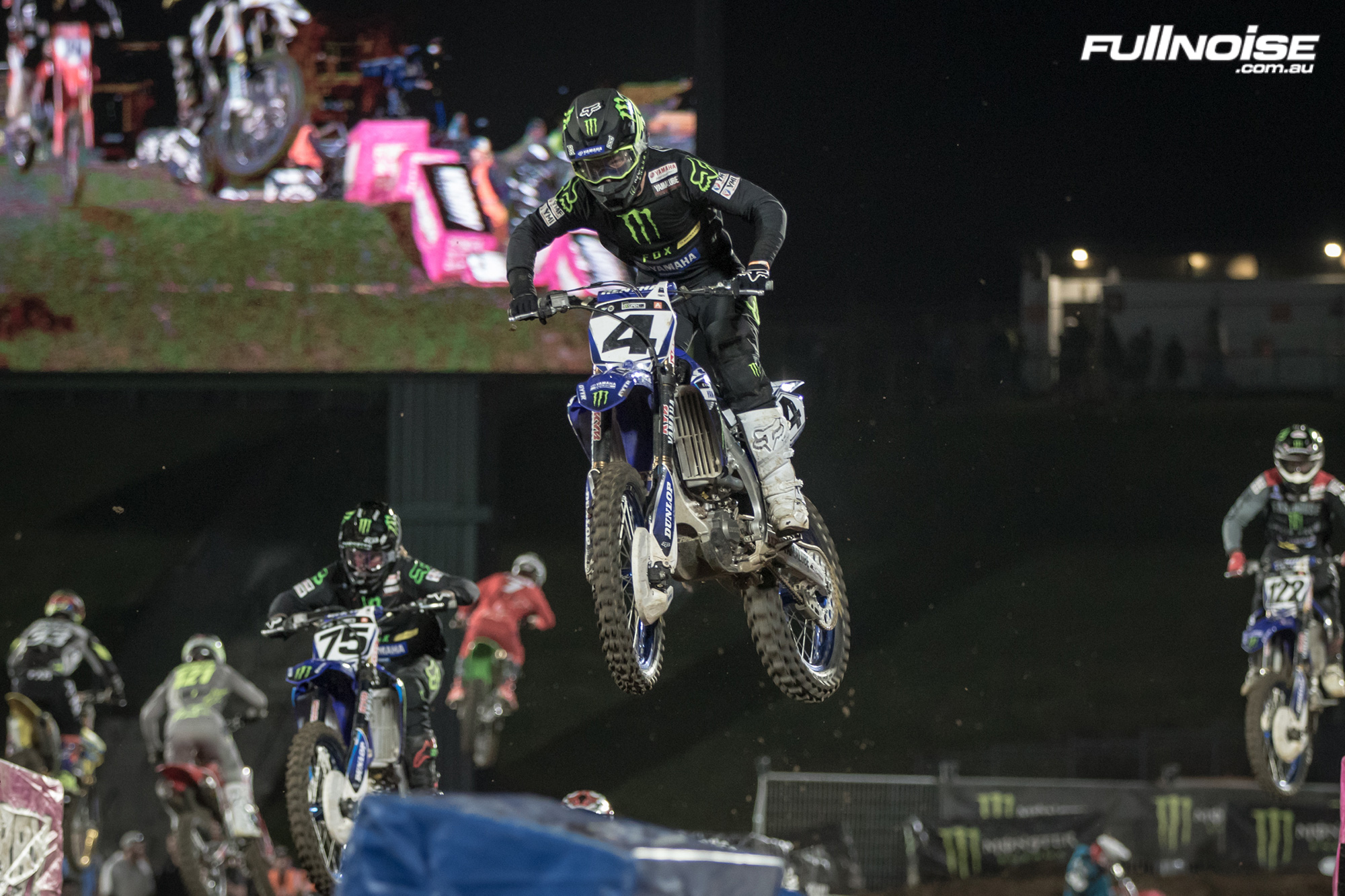 Second on the night was enough to see Luke Clout move into the overall Australia Supercross Championship lead by a single point. Photo: Aaryn Minerds
For Clout, a second place to the 2018 World Champion was as good as a win, as he states that he‰Ûªs ‰Û÷back‰Ûª after a few turbulent years of supercross and motocross competition.

‰ÛÏI said to my brother this week; I‰Ûªm back. There‰Ûªs a lot of stuff behind the scenes that people haven‰Ûªt seen, and for a while there I didn‰Ûªt really even want to ride a dirt bike. I‰Ûªve got that passion back, and my eyes are back on the United States,‰Û 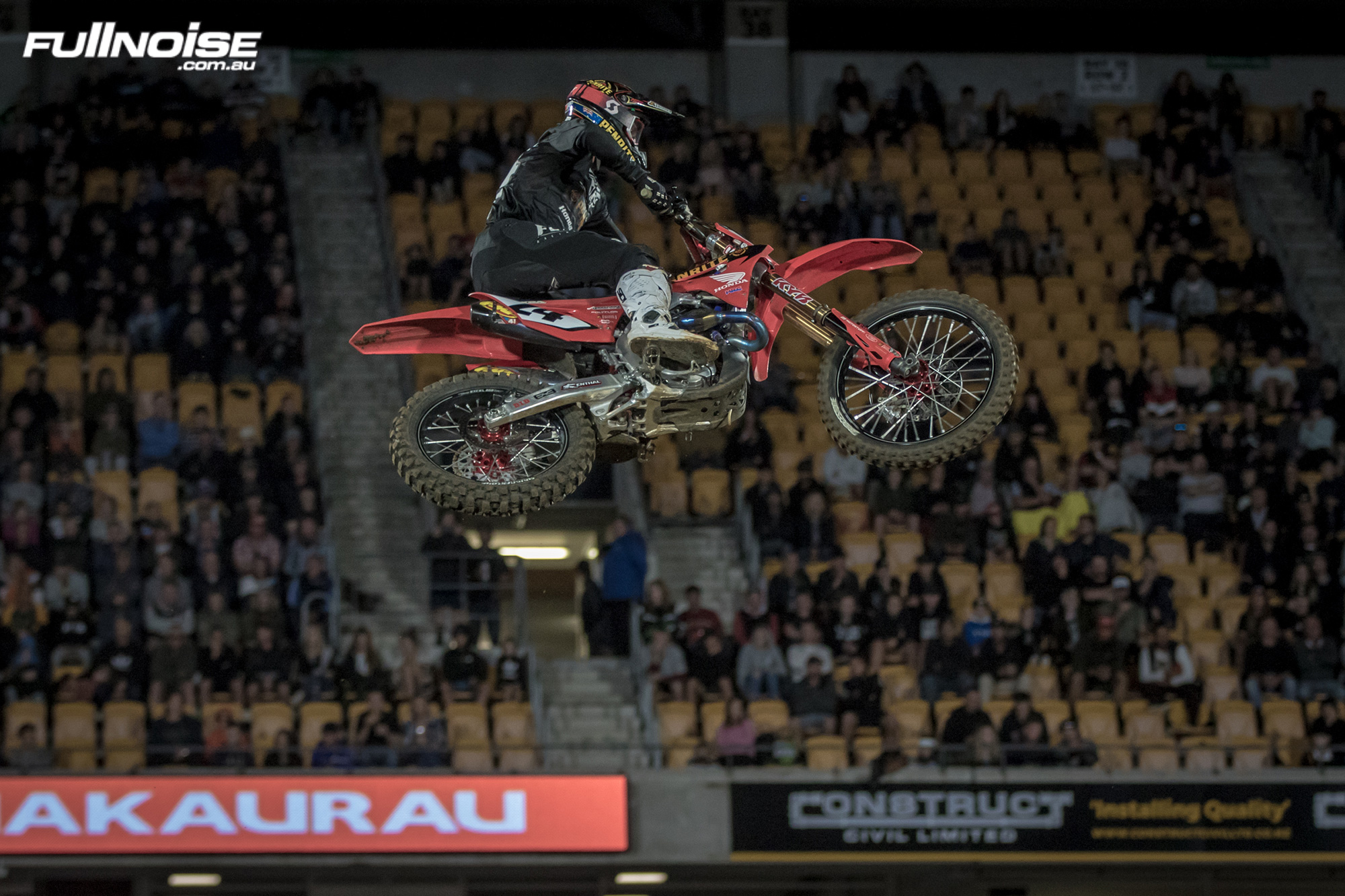 Brett Metcalfe was in the thick of the action all night which resulted in a trip to the podium with third place. Photo: Aaryn Minerds
Points leader going into the round Justin Brayton crashed while leading the final moto in a costly mistake, the defending champion now drops to second place behind Clout with a single point deficit and one round remaining.

Fan favourite Chad Reed crashed in the second corner of his heat race and took no further part in the night. 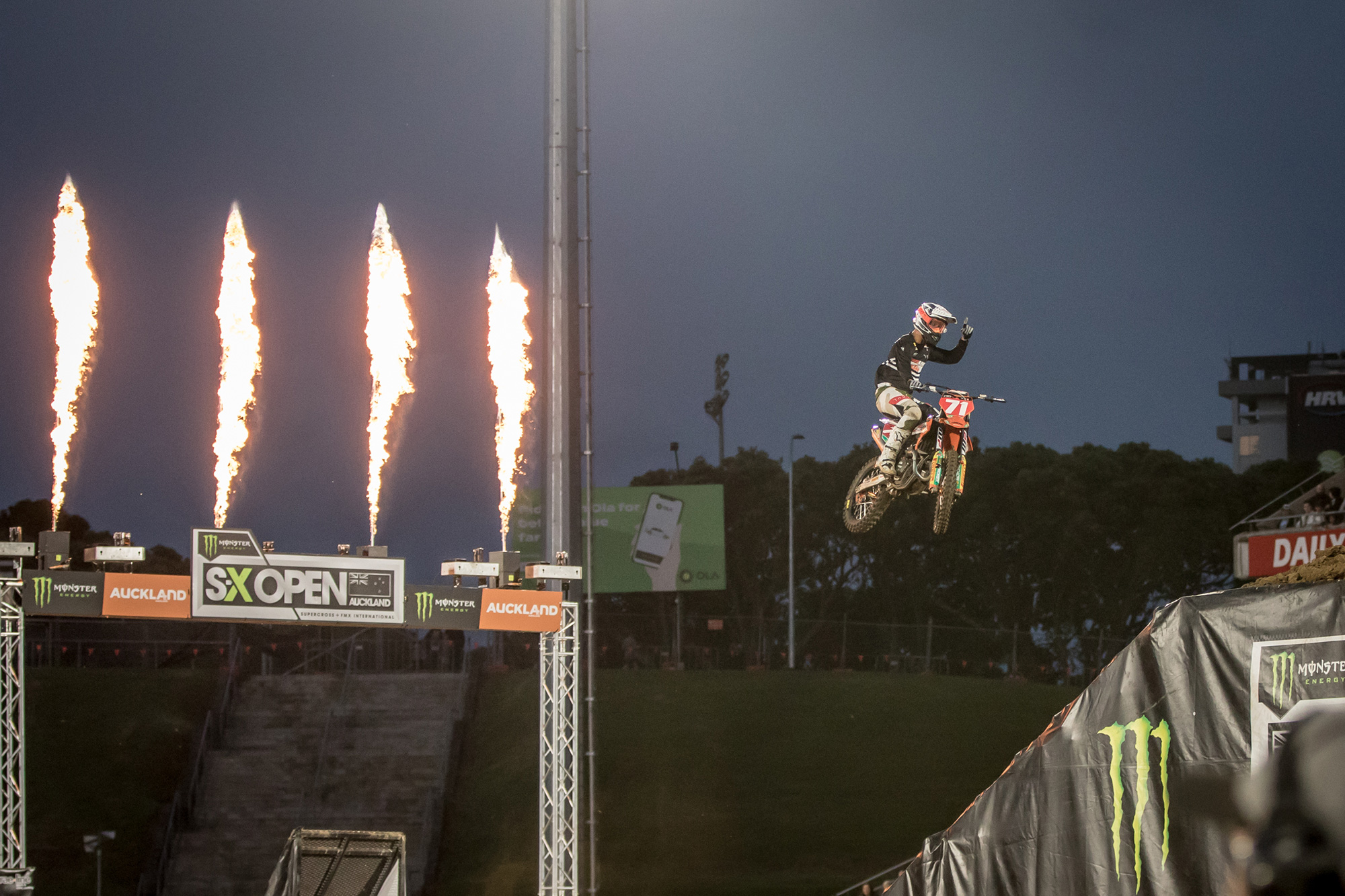 ‰ÛÏIt feels so good to extend my points lead. The crowd here was insane tonight; every time they went nuts, I wanted to know what was happening! I‰Ûªm keen to get back to work and look to wrap up the Australian Championship in Melbourne,‰Û 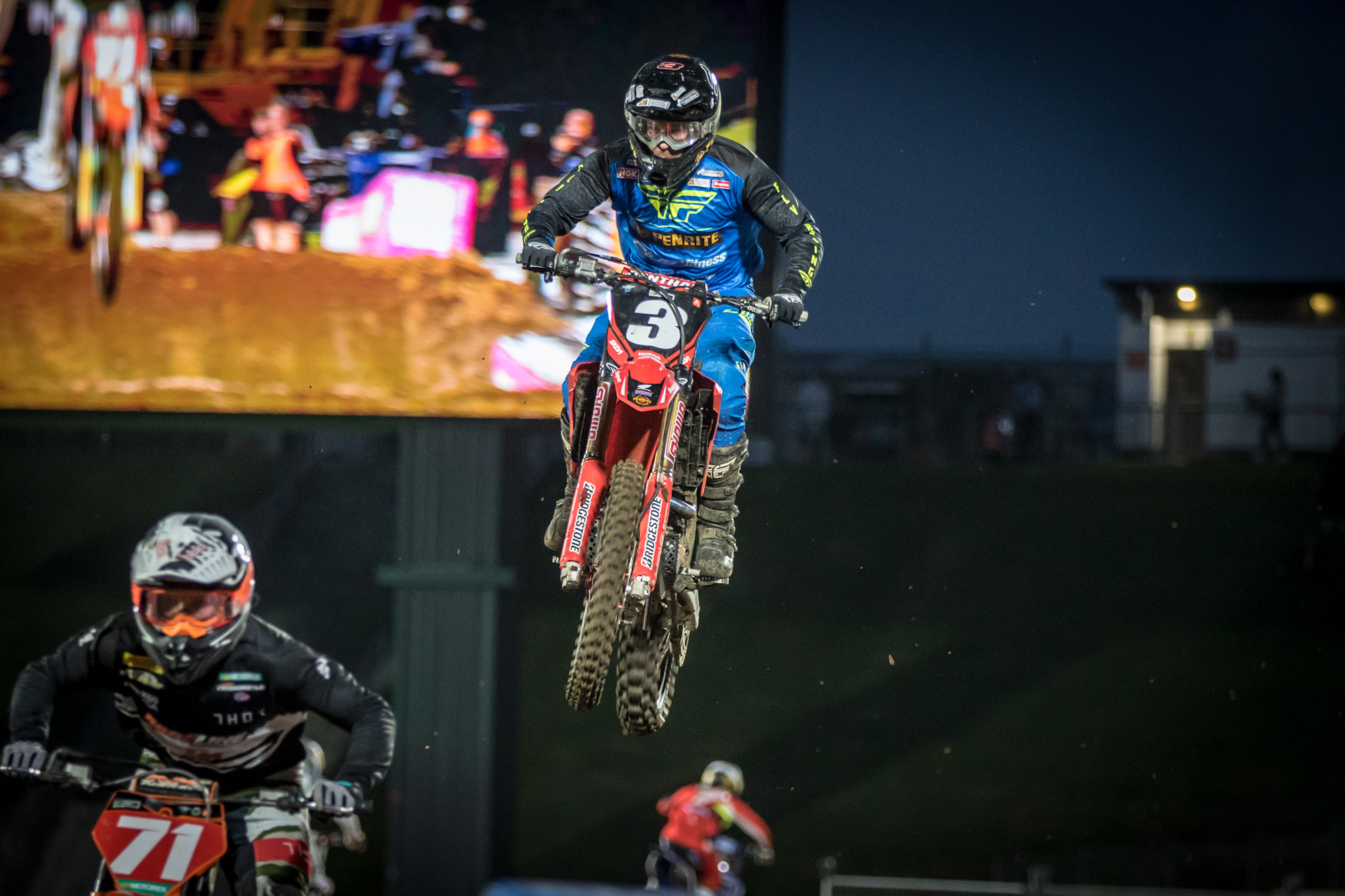 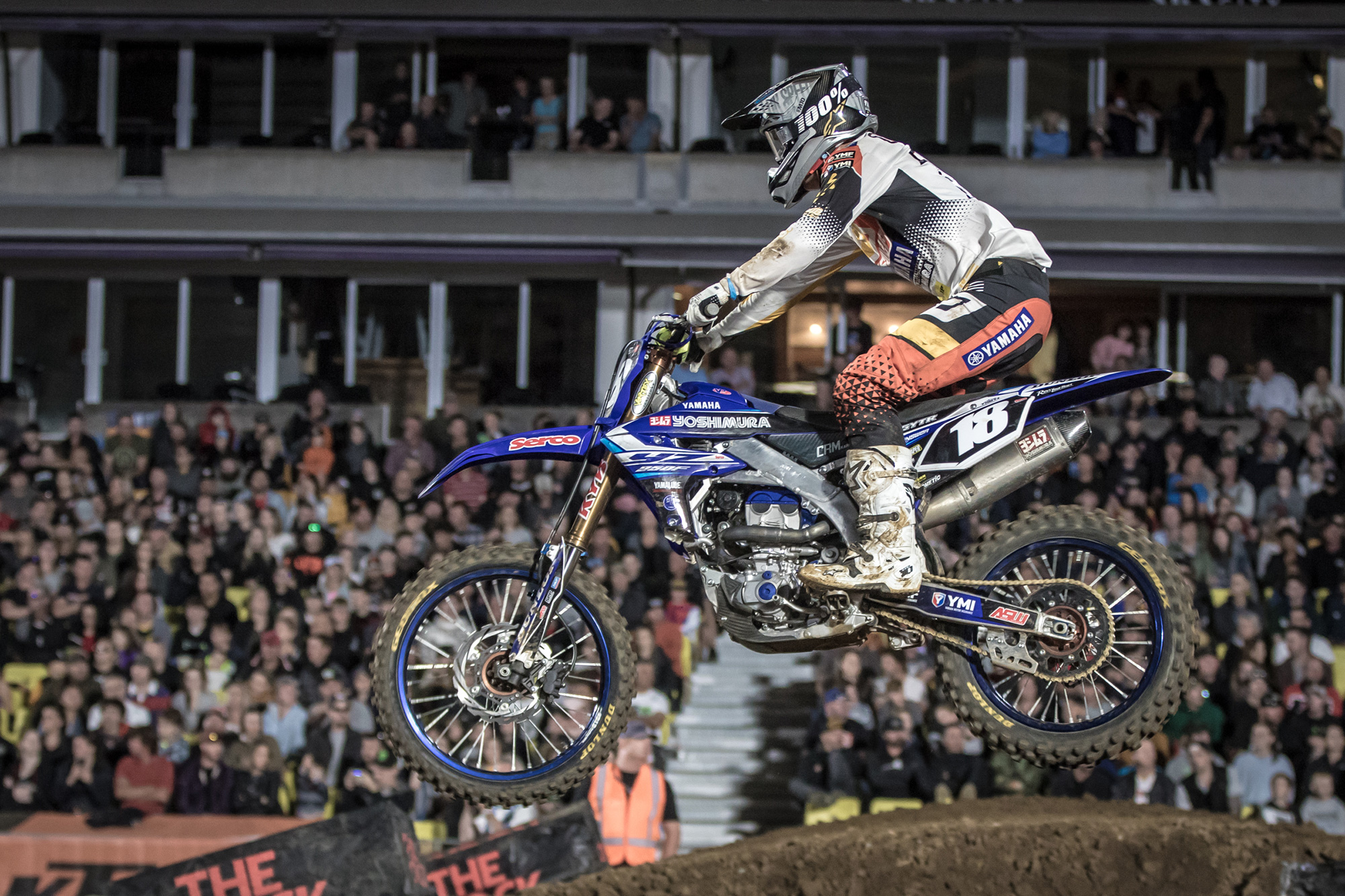