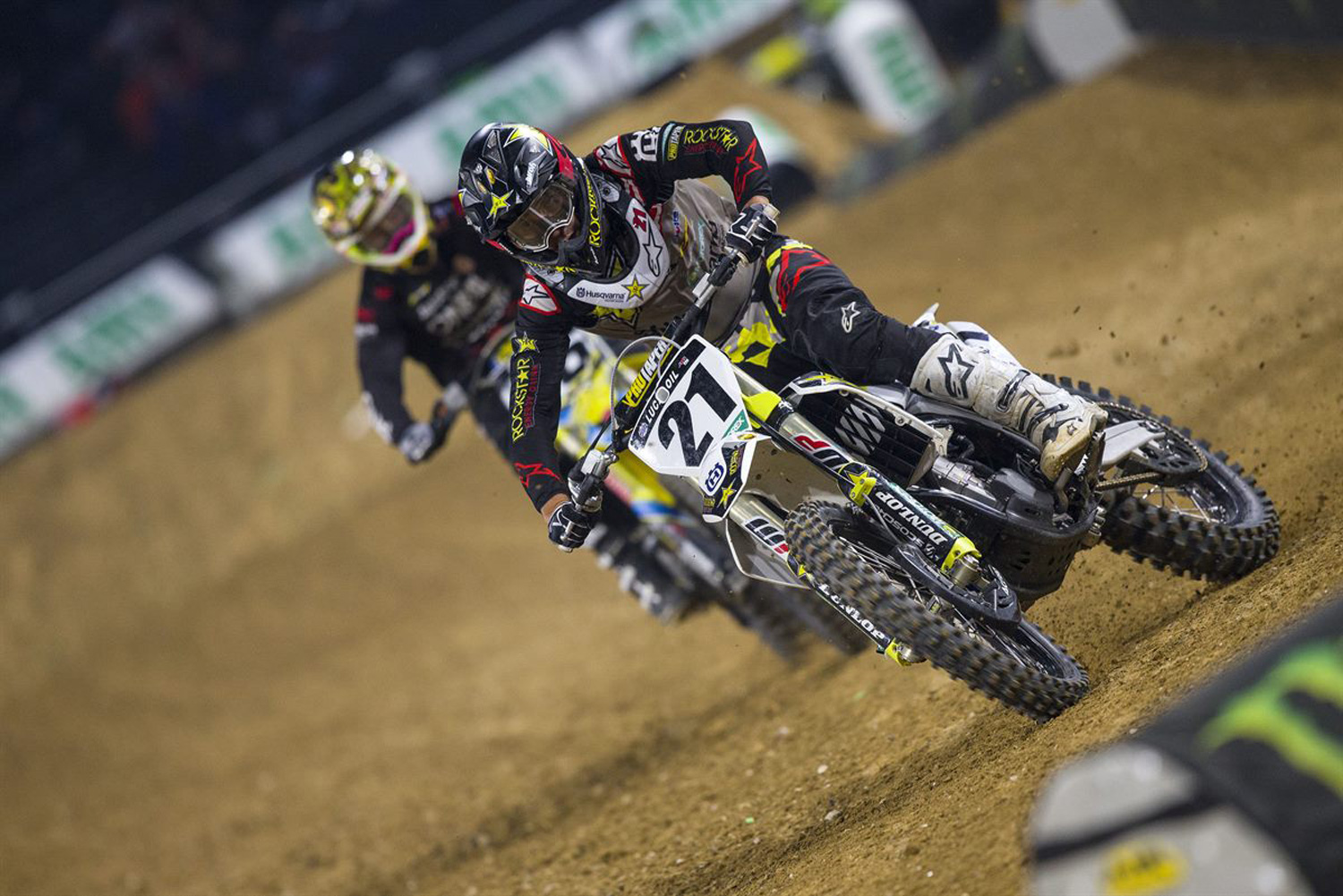 Following his winning result last weekend at the AUS-X Open in Sydney, Jason Anderson flew to France to compete in the 2018 Supercross de Paris and continue his preparations ahead of the start of the upcoming AMA SX series.

Featuring three motos per night, the duration of each moto gradually increased during each of the two nights of racing with the 2018 SX de Paris attracting a number of elite US and French racers.

Starting his weekend with victory in the short opening moto on Saturday, Jason Anderson didn‰Ûªt finish outside the top-three in any of the six motos contested over the weekend in Paris. 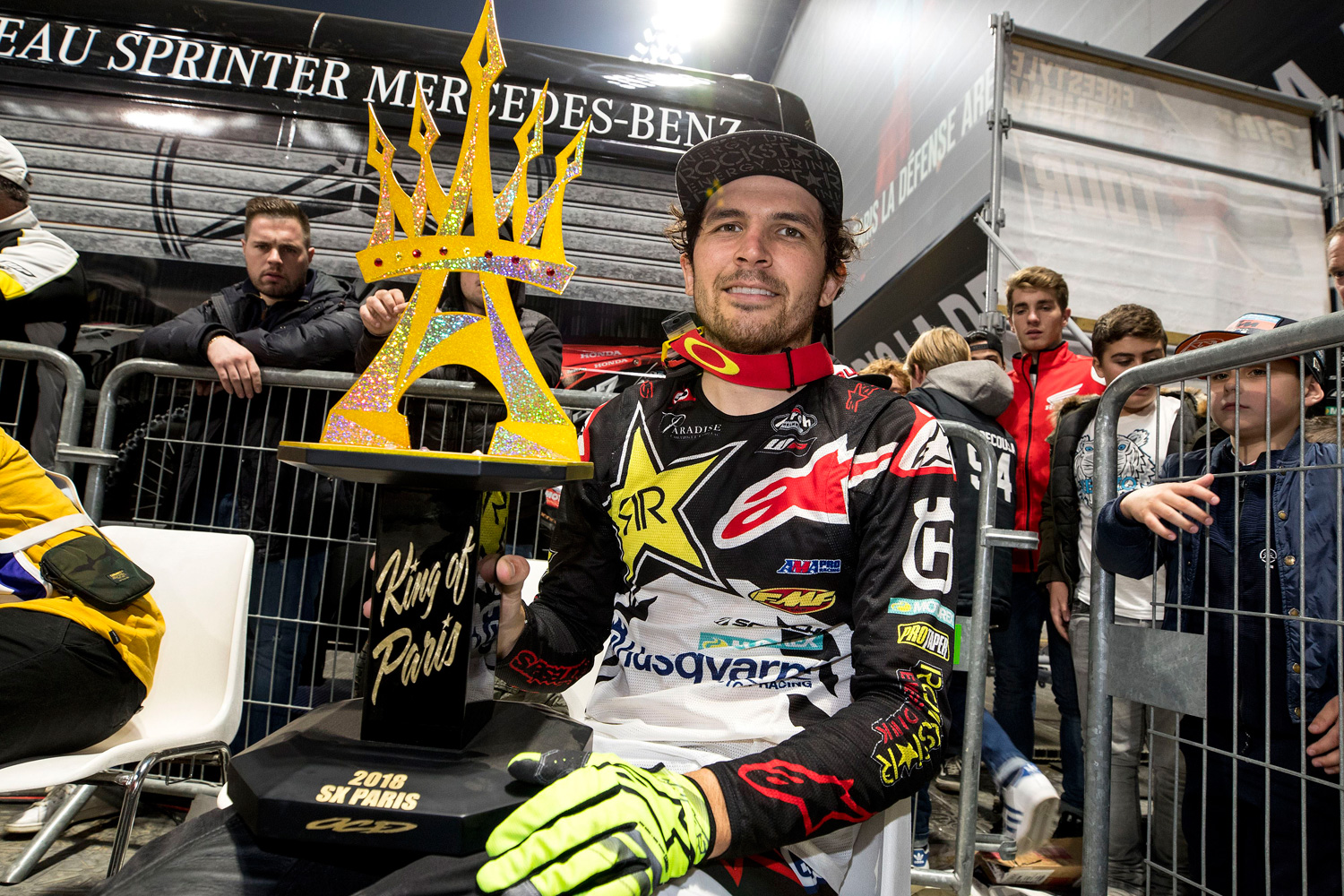 ‰ÛÏThe race was tough with some close racing on both nights and I‰Ûªm happy with the overall win." Anderson commented. "The motos were short and I had to work a bit harder to make things happen.

"My lap times were not that good in qualifying and the superpole, but I was very happy with my speed in the motos and that‰Ûªs what matters the most. I showed some good racecraft this weekend and that‰Ûªs positive.

"I‰Ûªm heading back to the US now. I hope I can come back even stronger for A1.‰Û 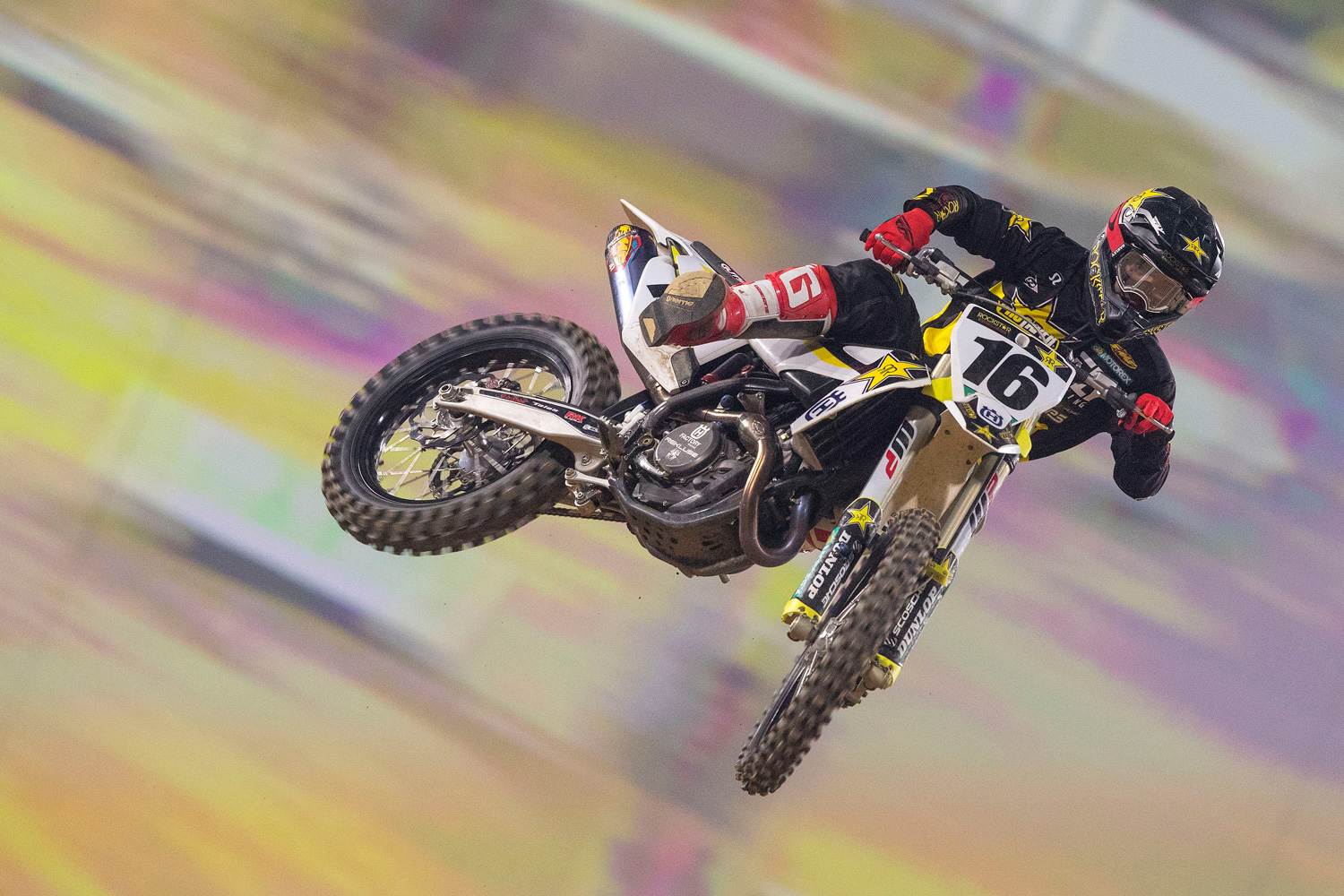 The Smart Top Honda duo of Vince Friese and Justin Brayton were right in the mix, with Friese missing the podium by just a single point, while team-mate Justin Brayton finished the weekend two points further adrift in 5th.

JGR Suzuki rider, Weston Peick was iinvolved in a nast first lap crash during Saturday's final race, resulting in a trip to a local French hospital with reported facial injuries. 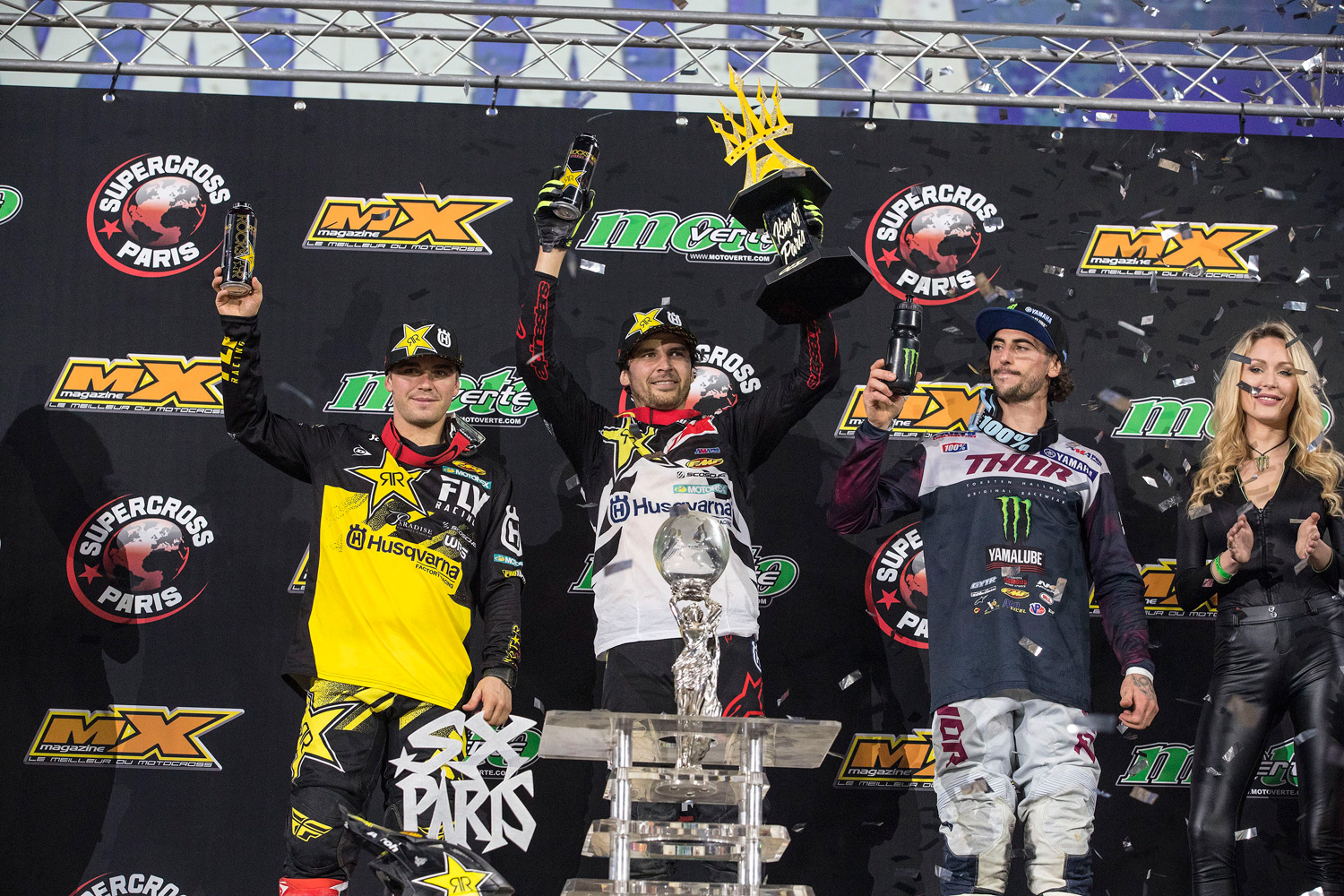