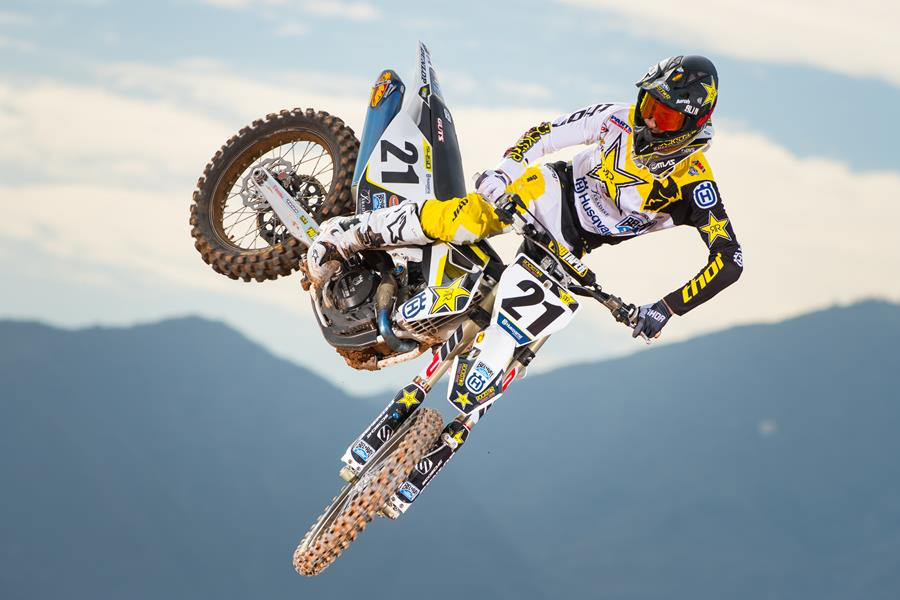 Fresh off an emphatic win at the World Supercross season finale in Las Vegas just a fortnight ago, American superstar and world number four ‰ÛÒ Jason Anderson, has been announced to compete at the 2017 AUS-X Open Sydney, ensuring a clash of the titans between he and Australian hero, Chad Reed.

The duo will face off against a whole host of A-List riders from around the world, along with Australia‰Ûªs best domestic supercross stars, duking it out inside Sydney‰Ûªs Qudos Bank Arena on November 11 & 12.

There certainly isn‰Ûªt any love lost between Reed and Anderson, with the latter controversially slamming Reed off the track for the win in Vegas. The move subsequently relegated the 35 year-old veteran from Kurri Kurri, NSW to sixth position, whilst Anderson claimed the win.

Reed‰Ûªs comment post-race of Anderson‰Ûªs move simply was ‰Û÷(I) can‰Ûªt wait for the tight confines of the AUS-X Open‰Ûª, suggesting that pyrotechnics will not be the only fireworks inside Qudos Bank Arena come November.

At just 24-years-of age, Anderson has already established himself as a star of supercross, having captured the 2014 AMA 250cc West Coast Supercross Championship and winning his debut 450cc championship race in January last year.

For Anderson, the prospect of heading down under to compete in Sydney‰Ûªs famed Olympic Park precinct was an opportunity that he couldn‰Ûªt pass up.

‰ÛÏI‰Ûªm super psyched to be heading to Australia in November and throwing down at the AUS-X Open!‰Û