Jason Anderson Back On Track With First Podium of 2019 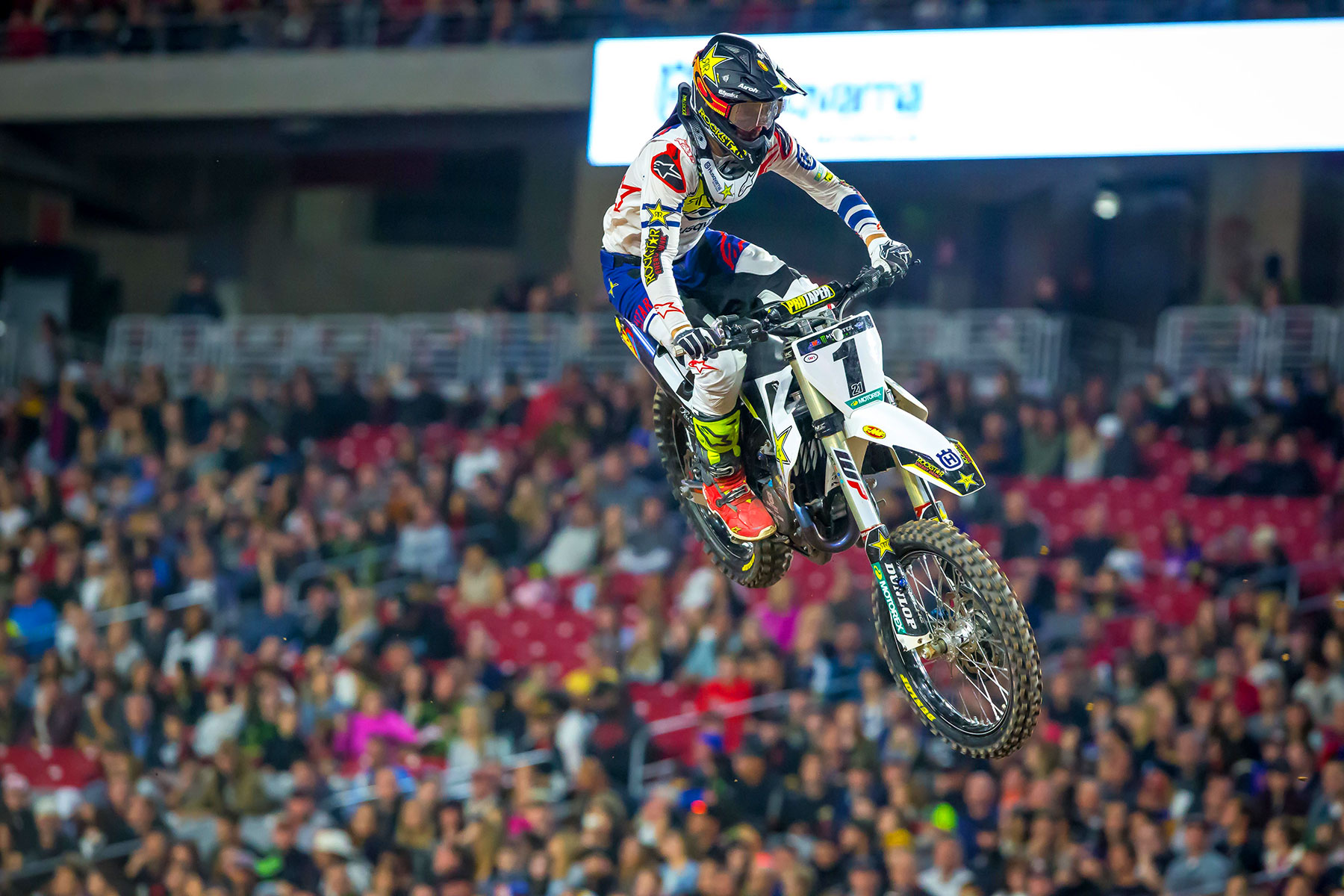 After a shocker of an opening to his season by his standards, Jason Anderson rebounded strongly with 2nd at Glendale. Photo: Simon Cudby
Jason Anderson earned his first 450 Main Event podium of the season on Saturday at the Glendale Supercross, the second round of the 2019 AMA Monster Energy Supercross Championship, held at the State Farm Stadium in Glendale, Ariz.

The Rockstar Energy Husqvarna Factory Racing rider was looking to redeem himself after finishing outside the top-10 at last week's Anaheim season opener.

The defending champion was mid-pack at the start of his 450 heat race and came out of the first lap in eighth. He gained two spots and finished sixth to transfer to the 450 Main Event. He was top-five at the start of the Main and quickly navigated into the top-three before charging into the second-place spot.

Anderson was riding strong but was forced to restart the race in a staggered start after the red flag came out due to a heavy crash for Malcolm Stewart. He came back with a vengeance after the restart and made an impressive charge for the lead. He was patient and observed the leader for a few laps before making a quick inside corner pass to take over the lead. He maintained control but went back to second after getting passed with one minute remaining in the race. He held strong to finish second.

"This was a good weekend," said Anderson. "I was able to ride the Main better than last week. I had a section that I didn't think I was great in, so I didn't want to put myself in a position to go down and lose points. I took the second and I'll go from there."

Anderson will be looking to make further gains when round three kicks off on January 19 for Anaheim 2 at Angel Stadium - Anaheim, CA