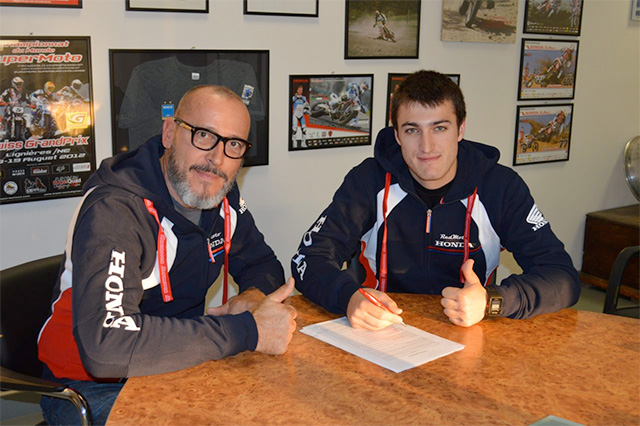 Jasikonis brings with him a wave of building momentum, on the back of his first full MXGP season in 2017 which yielded three moto top-three finishes and a career-first MXGP podium in Portugal. Riding the Honda CRF450R for the first time, the 20-year-old Lithuanian and ex-national junior champion in his home country will be well-suited to Honda‰Ûªs all-new for 2017 large capacity motocross machine, and is confident of continuing his ascent of the MXGP ranks.

Joining him under the team‰Ûªs awning is Petar Petrov who steps up to the MXGP class after several years in the highly-competitive MX2 category. For the 23-year-old Bulgarian though it‰Ûªs not the first time he‰Ûªs ridden a Honda, having competed in his first full MX2 season in 2010 aboard a CRF250R with SRS Honda.

‰ÛÏI am very happy to be working with Honda Europe and the Assomotor team in 2018," Petrov said.

"They‰Ûªve made some big steps since they started the team and I believe that in 2018 we are having a strong team and can show some great result. I really like the bike and can‰Ûªt wait to get started with my preparation and looking forward to a good 1st MXGP season.‰Û 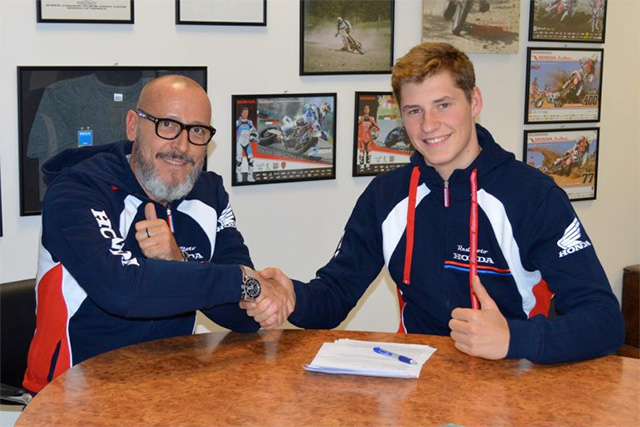 Arminas Jasikonis moves to a new home with Assomotor Honda
MXGP Team Manager, Alfredo Bevilacqua, said, ‰ÛÏWe‰Ûªre very happy to welcome Arminas and Petar to the team for the 2018 season. Both riders have proved that they are fast and can fight at the top, so we‰Ûªre looking forward to building with them the good performances we saw this season.

"We have a new team but already good relationships are being built which is very important for working well together. Arminas is new to the CRF450R but he is well suited to the bike and I am sure will be very fast on it. Petar knows Honda from some months ago and is fitting very well back onto the new bike. Testing has already started and is looking good, so we are confident for a strong 2018 MXGP season.‰Û