Jarryd McNeil Down Under 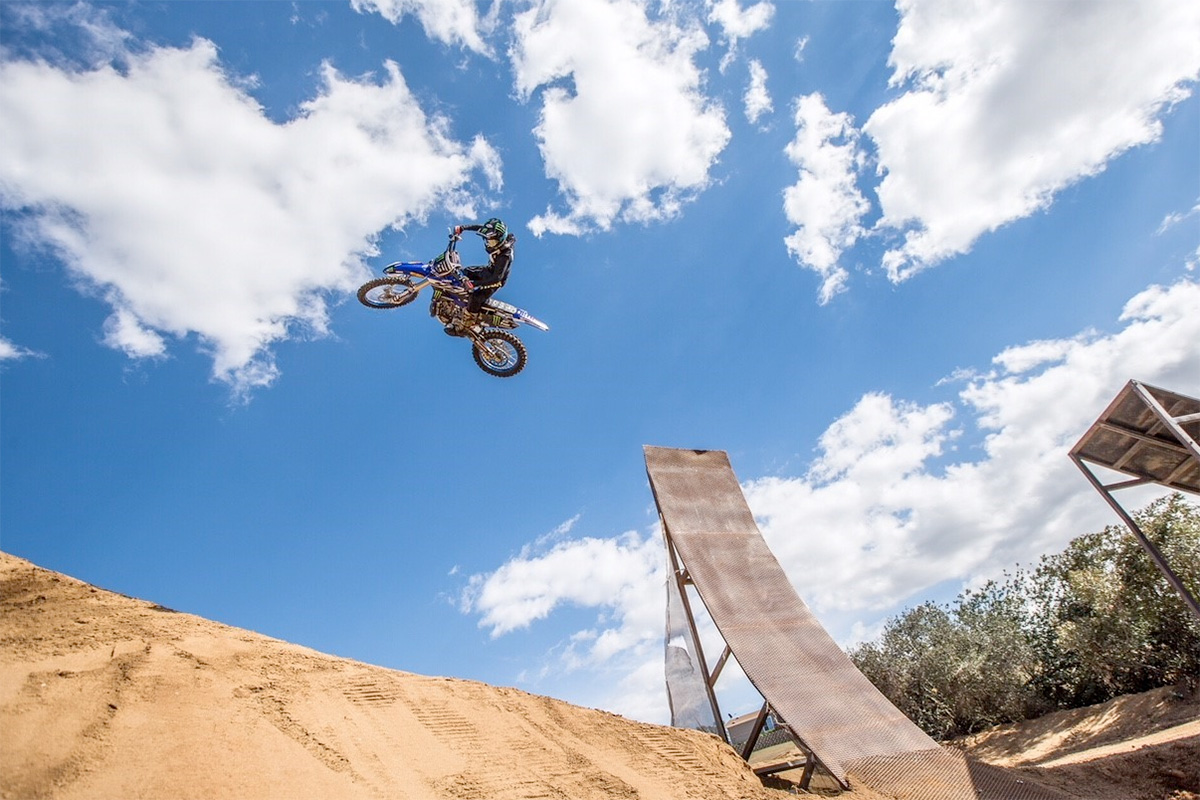 His ability to twist and turn his YZ250 is world renown and seeing his bike fly backwards through the air on 75 foot freestyle jumps is nothing short of mind boggling.

While based in the US, McNeil is undoubtedly Australian and from humble beginnings of riding his dirt bike around the family dairy farm in Victoria to filling out stadiums around the world with the Nitro tour, McNeil is a star of dirt bike riding but continues to work hard at his craft.

With the Nitro tour back on Australia shores, McNeil picked up a new YZ250 and a new YZ450F while here and we took the time to catch up with 26 year old freestyle guru as he prepares to wow crowds and make his YZ250 talk.

Back in Australia and back on tour, how many Nitro tours does this make for you and how special is it touring your home country?

"I have done plenty of Nitro tours and it never gets dull or boring. I love what I do. We have seven shows here in Australia on this tour with the Canberra show on the weekend already done. Touring here is a great excuse to come home and see friends and family again as well as get some riding in as well.

"I like it when we go to the smaller towns and venues as you get be a lot closer to the fans and interact with them more. Its more intimate and I like that we can provide a good show for them and hopefully that inspires some of them to buy and ride dirt bikes."

For me, the easiest trick is the whip. Regardless if you are a racer or a freestyler, it is the first trick you learn and it never gets boring. It can get bigger, higher and it still feels awesome when you get it right.

How much time goes into preparing for a show like this do the riders have much input into the choreography of the show?

"As riders we have input into the show but its also with the organisers and promoters so it‰Ûªs a group effort. We talk through the tricks and maybe what works best for each rider and what looks good, then its up to the organisers to arrange that into a format that is exciting and entertaining for the crowd."

"I have been on a Yamaha a long time and I love the brand and the people. Even my favourite colour is blue. I ride a 2 stroke because being a smaller guy, the lighter weight bike allows me to throw it around a little more and get the full extension and angles on my tricks."

"I try to ride with a bit of flair and take each trick to the limit and the YZ250 just allows me to do that better than any other bike. The weight, the power and the durability of the bike suits me perfectly. I did grab a new YZ450F last week and they feel pretty good as well so I might bust out a few moves on that and see how it goes." 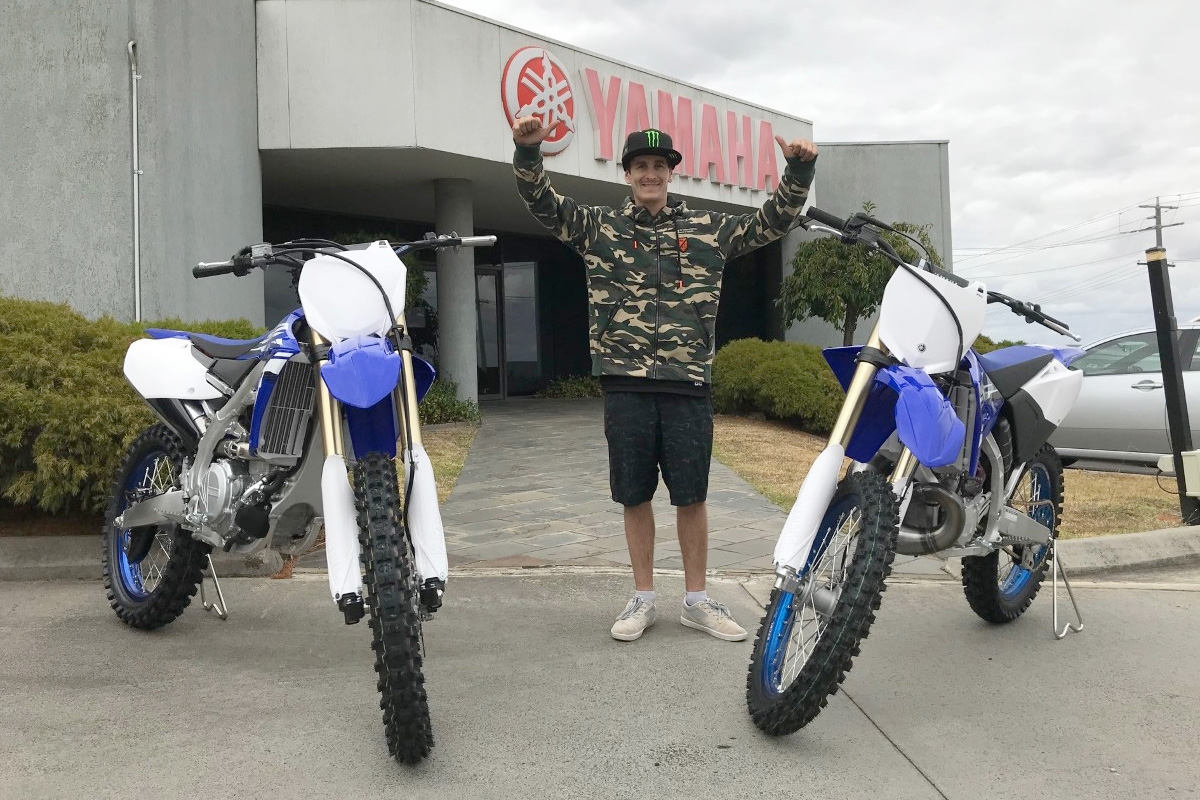 Jarryd McNeil has returned from his base in the USA for the 2018 Nitro Tour.
What modifications are needed on your bike to be able to perform the tricks that you do?

"I try to keep the bike as close to standard as possible as it makes it much easier with the amount of travel we do. If I had all these custom-made parts, then it becomes difficult getting them done in each place or the time to fit them and be ready for shows, so I start with a standard bike and just make changes as I need.

"The suspension is changed a lot to handle freestyle and much harder than stock. I cut down the seat and altered the subframe for grabs so I can get my little hands in there easily. I also run a GPR steering stabiliser which is important for the flip tricks. Other than that, it is just like a racer would do, a pipe and silencer, jetted to keep it sharp and cut airbox and add some bling to make it pretty and that‰Ûªs about it. The bike has more than enough power to do what I need it to do and I‰Ûªm really happy riding it."

Of all the tricks you do and all the events you go in, what is the most difficult for you and always needs constant practice?

"For me, the easiest trick is the whip. Regardless if you are a racer or a freestyler, it is the first trick you learn and it never gets boring. It can get bigger, higher and it still feels awesome when you get it right.

"The hardest was the back flip as it goes against everything you learn as a racer. You are deliberately trying to loop a bike out and as a racer, that is the worst crash you can have. It took me 2-3 years to learn to flip, then get it to 75feet and then start doing tricks from it. I would hate to think about the number of hours it took to get that to the point where I am now with it."

"It also requires a lot of muscle memory as well. I was off the bike for 4 months last year and when I returned, the up-right tricks came back pretty quickly but the flip tricks took a bit longer as you need to get in the flow of grabbing, timing and doing things upside down so the muscle memory in learning and maintaining a trick is important and that takes years to ingrain in your body as well."

I also see you keep your hand in at racing and have been known to rock up at an AMA National. Do you still enjoy racing? And chance of seeing you at the start line of an MX National here in Australia?

"I stopped racing in 2009 as my career path took me down the freestyle road but I still love racing and follow it closely. I took a break from racing until 2014 when I decided I wouldn‰Ûªt mind trying to ride at an AMA National so my sponsors and I were able to pull a few things together and my schedule allowed me to race at two of them so I gave it ago.

"I qualified for both and my best result was 23rd in a moto so I was happy with that. I would like to do more as long as I have the time to do it as I don‰Ûªt want to just roll around. I like racing and like the competition." 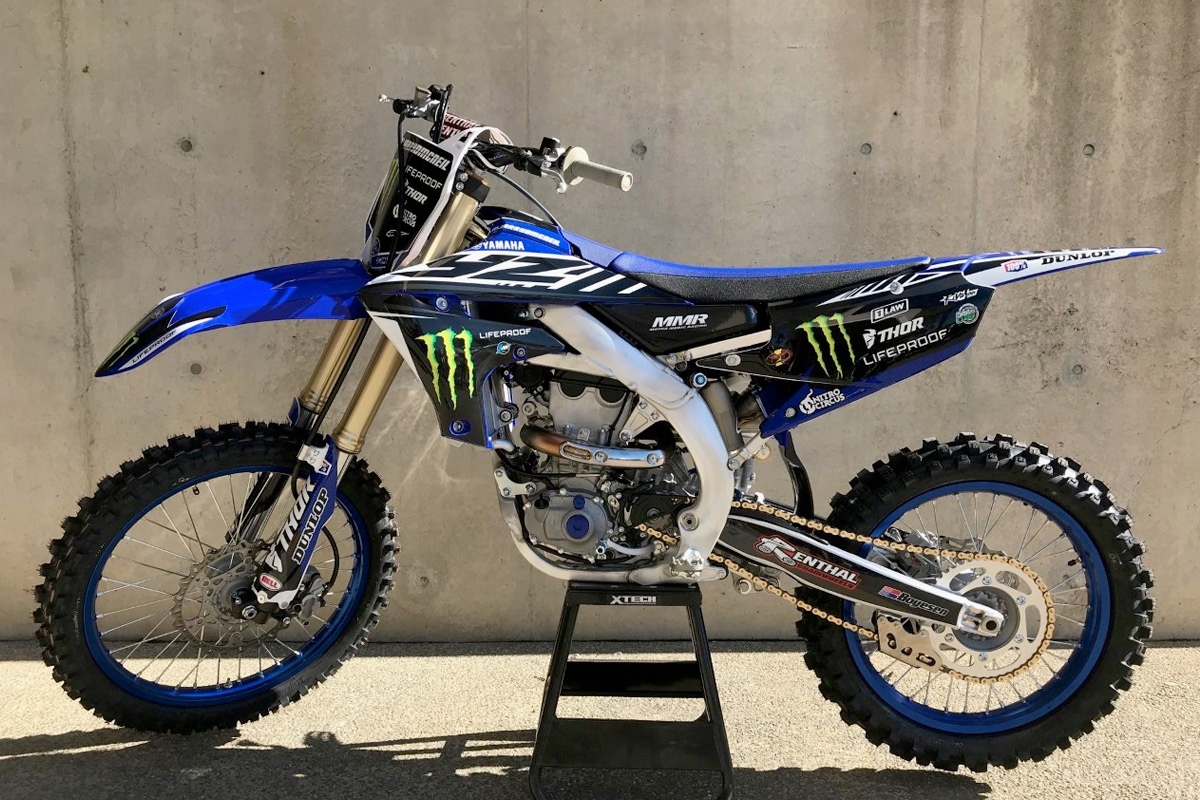