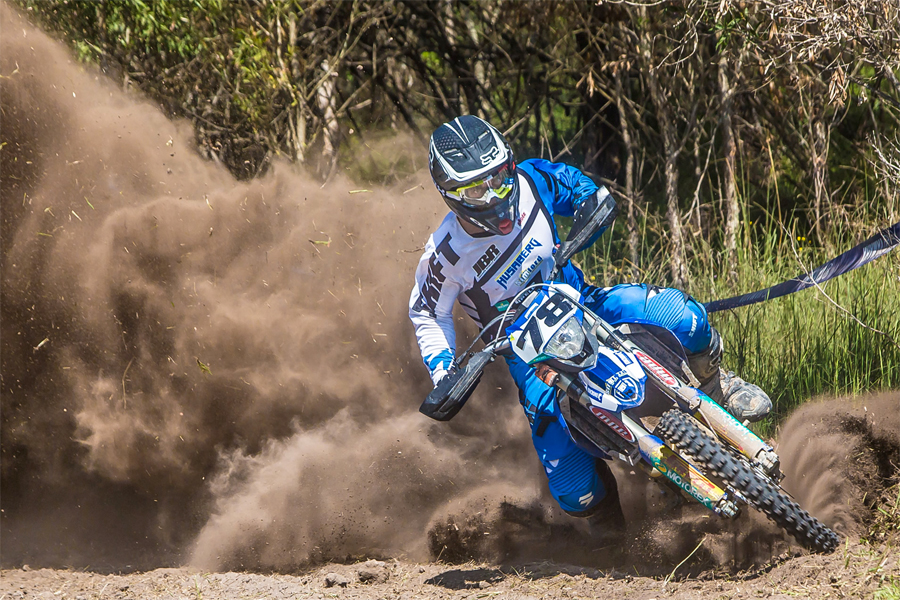 Husaberg Enduro Racing Team rider Jarrod Bewley has concluded a difficult weekend in the best possible style, placing his Husaberg FE 501 atop the AORC E3 podium in the beginning of the brand's final year as a distributor-backed team in Australia.

Like many, Bewley wrestled with the combination of high speeds, thick dust, and powdery trails on the first day of the Australian off Road Championships at Bulahdelah - a crash early on not helping his confidence, as he finished third in class on Saturday.

However, the Oberon rider rebounded on Sunday with a renewed determination, to take the class win, placing him second in the E3 championship after two of 12 rounds.

‰ÛÏFor me it didn't start off the best, I crashed on the first lap; a silly little crash and some tight trees that snapped off my hand guard and nearly my finger." Bewley explained. "It cost me some time and my confidence from the start on a track that had tricky, fast, powdery, sketchy ups and downs.

"Sunday's track had a lot more singletrack and I tried a different mindset on the FE501 to regroup and finish on a good note, and ended up winning the third race outright which put me in overall third today and first in E3.

"So it was a real good finish after not a good start, but I think I had some first round jitters and I'll be right now for the rest of the series," he added. 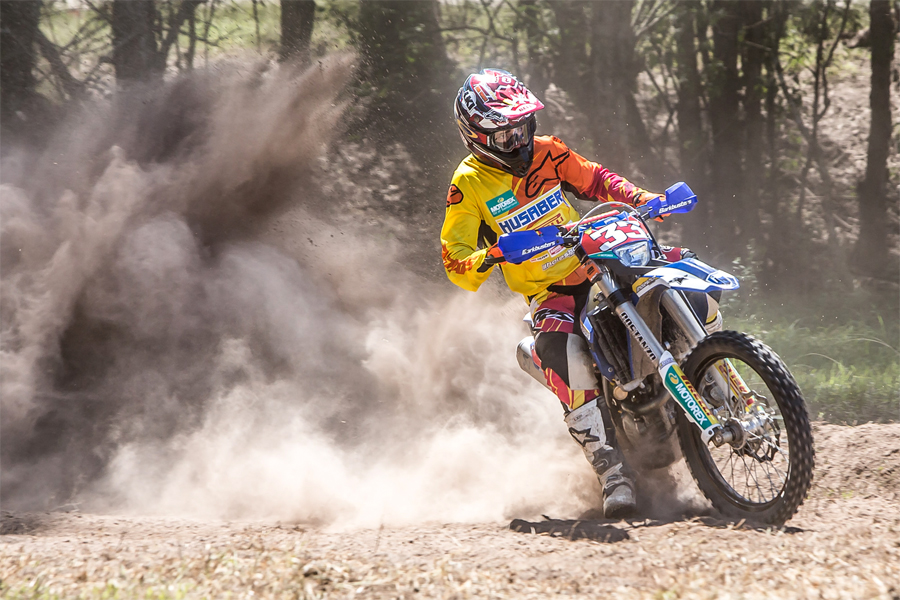 Geoff Braico walked away from the opening weekend of the season with a solid 4-4 results in the highly competitive E2 class - Credit: Fourohfour
Teammate Geoff Braico also found it difficult to harness the Mojo after early scares in sketchy conditions, however, many would consider a pair of fourth-place finishes in his first race on the Husaberg FE350, and in the star-studded Premier E2 class, a more than honest result.

‰ÛÏThe conditions were really pretty tough here; fast, hot, dry, rocky, dusty scary conditions." Braico commented. "The organisers did what they could, but the weather conditions were against them.

"The track was super fast and it had me beaten from the word go - I had a few big moments early on and from then on my mindset was no good, and it didn't help when Pricey and Milner got hurt. Needless to say the weekend didn't go as I‰Ûªd wanted.

"Fourth place is okay considering how the E2 field is pretty stacked and the results were close. My mechanic, Drew was awesome; we mucked around with the suspension today once the track was really chewed out, and made some good progress.

"Overall I'm just happy to get through safe, it was a track that could bite you at any time so it was not the most pleasant of weekends, and the bike never knew what you wanted it to do. But we learned a lot and the E2 podium is now my goal, and I know what I can work on.‰Û