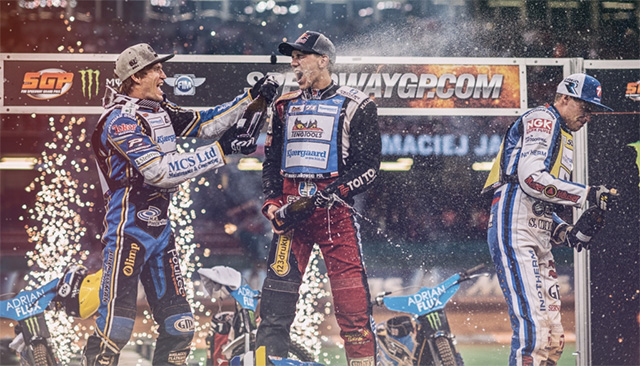 Doyle on 78 points now has a three-point cushion at the top, while Janowski overhauled compatriot Patryk Dudek for second place by virtue of his superior 2016 ranking, with the pair tied on 75.

With Janowski and Dudek now holding a 17-point advantage over Fredrik Lindgren in fourth place, the top three are setting a blistering pace with six rounds still to go.

Despite firing himself firmly into the title picture, Janowski knows there is still much work to do.

Asked how he rated his chances, he said: ‰ÛÏI think we‰Ûªll all try and win it. But we still have six rounds to finish.

‰ÛÏMaybe someone else will fight for the gold in the end? All I know is I‰Ûªm working hard at the moment and I‰Ûªll work even harder.

‰ÛÏWe‰Ûªll see what happens next. We all know how it is in speedway. We can be so confident, but I need to stay focused and keep working hard. For now everything works. I need to keep that up and work a bit harder.‰Û