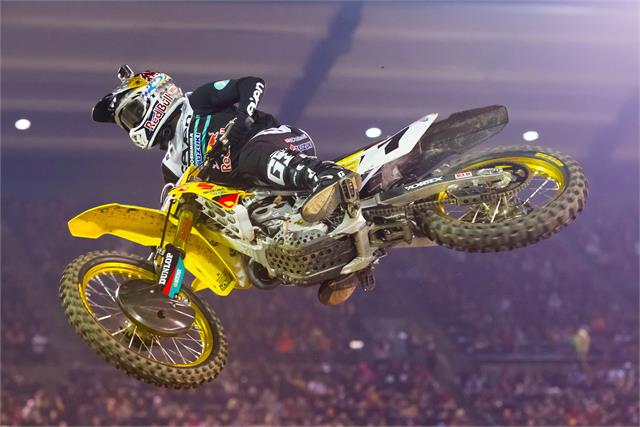 Yoshimura Suzuki Factory Racing‰Ûªs James Stewart was in top-form at Saturday‰Ûªs season-opening round of AMA/ FIM World Supercross Championship at Angel Stadium in Anaheim, California, charging from mid-pack to challenging for the lead in the closing stages.

Although Stewart suffered a spectacular high-speed get-off and was unable to finish the race, after an incident that occurred after he‰Ûªd turned in 16 flawless laps and was preparing to take the lead, the Yoshimura Suzuki RM-Z450 pilot remains confident and feels he is in career best form.