James Stewart In Doubt For San Diego After A1 Slam 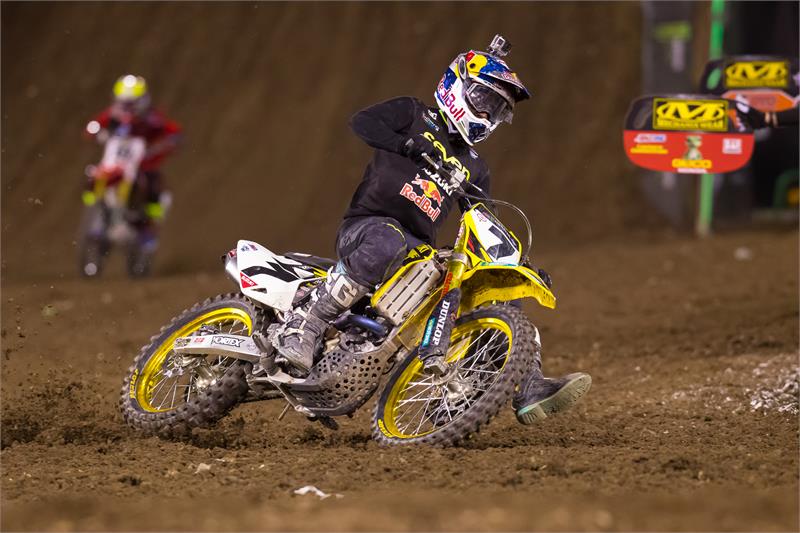 Yoshimura Suzuki Factory Racing‰Ûªs James Stewart looked solid in his return to competition aboard his Suzuki RM-Z450 for the start of the 2016 Monster Energy AMA/ FIM World Supercross season on Saturday night at Angel Stadium in Anaheim.

Unfortunatley for the former two time SX Champion, while battling near the front early in the Main Event he was hit by another rider and suffered a hard crash.

The race was red-flagged, but Stewart was shaken-up enough that he was unable to make the restart.

It was a difficult way to end what was, up to that point, a great weekend for the factory Suzuki rider who was at the pointy end of the field during qualifying and qualified directly through to the nights main event from his heat race.

Stewart is being evaluated and his status for next week‰Ûªs race in San Diego is day-to-day. The team will issue an update when available.