Jake Williams On Top At Bundaberg 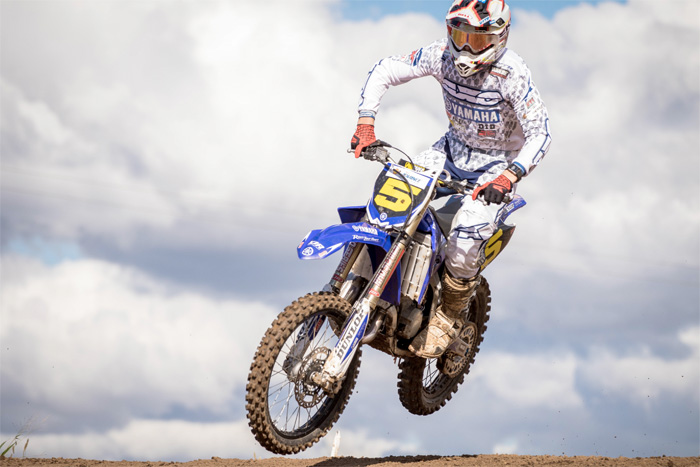 Jake Williams rode through the pain sustained from an ankle injury to secure two class victories at round three of the Sunshine State Motocross Series, held at Bundaberg, over the weekend.

With Williams being the lone ranger for the team as Levi Rogers is sidelined with a fractured leg, Williams battled bravely through his six races to win five of them and take the win in the 15 years 250cc and the 13-15 years 125cc.

Williams hurt his ankle at the Appin round of the Rookie‰Ûªs Cup at the MX Nationals and again hit it in the opening moto of the 125 class on the rutted Bundaberg surface. He slowed considerably as the pain raced through his body but he slowed regathered his composure and battled on to take a sixth place finish. He then bounced back to win the final two motos of the day and his 6-1-1 results were good enough to win the round from Jack Kukas in some tight racing.

On the 250, Jake dominated proceedings to take another perfect three wins from three starts and is currently undefeated on his YZ250F after three rounds of the series.

‰ÛÏMy ankle was just starting to come good after Appin and then in race one on the 125 it grabbed a rut landing from a jump and it was ripped from the bike. It was pretty painful but I just tried to keep moving in the hope it would eventually settle down, which it did, and I was able to hang onto sixth place.

‰ÛÏOther than that, the weekend was good and the track was pretty fun to ride. Jack and I are having some good races together on the 125 and that has made it good fun.

‰ÛÏWe have a few weeks break before the next round at Coolum so I will get some treatment on my ankle and hopefully be feeling a lot better by then.

The injury to Levi Rogers occurred in the lead up to the Bundaberg round and he is expected to miss six to eight weeks of riding meaning he will be touch and go for the next round at Coolum.