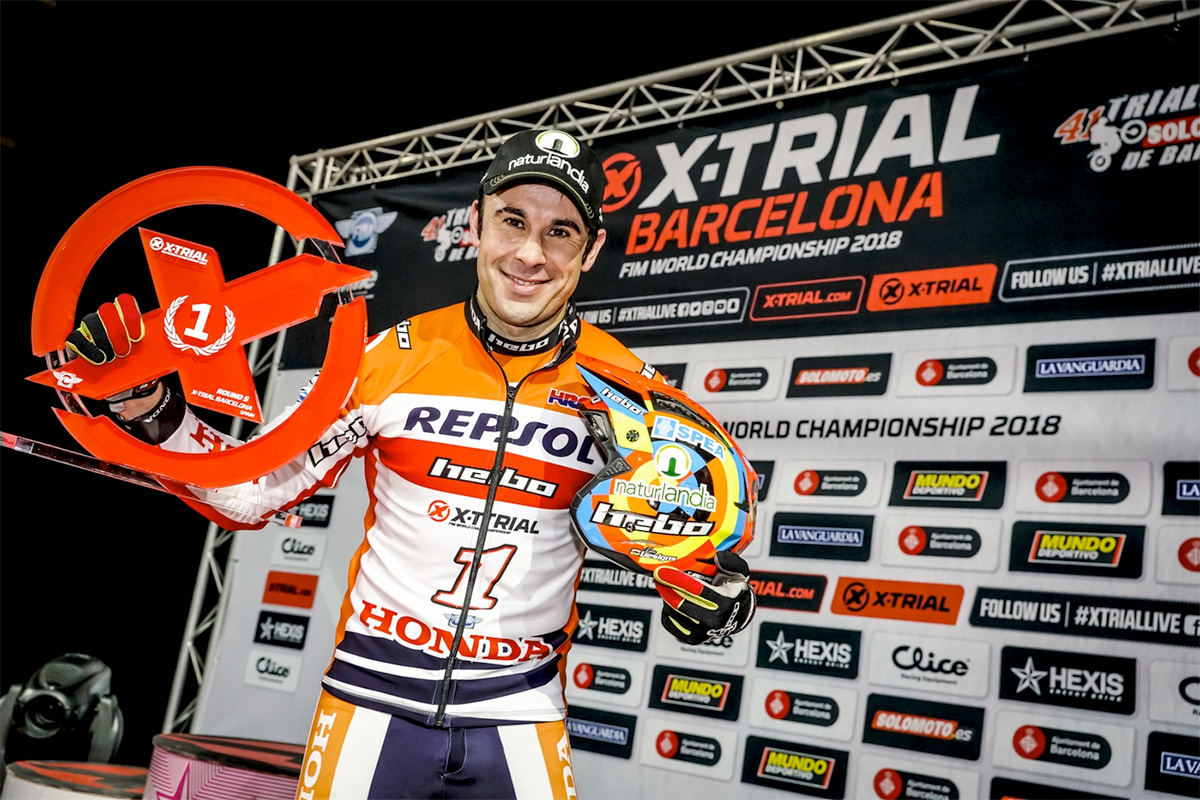 Toni Bou, in his 80 indoor trials, has achieved a total of 59 victories, which means the Spaniard has won 70.9% of all the events he has participated in. Photo: 2play
In front of 4,800 spectators in the AccorHotels Arena, X-Trial Paris saw two important highlights: a first career victory for Jaime Busto and confirmation of a twelfth World Championship title for Toni Bou.

Bou returned to competition in Paris, but his result was affected by a severe vertebral injury. That was the bad news, the good news was that he was announced as the official 2018 X-Trial World Champion.

The announcement was made following the official cancellation of what would have been the sixth round of the championship in Seville, Spain on March 8th, whose points would have counted towards the title. Bou thus was mathematically guaranteed the championship title even without participating.as a result the Repsol Honda Team rider adds a 12th indoor title to his very full trophy cabinet. 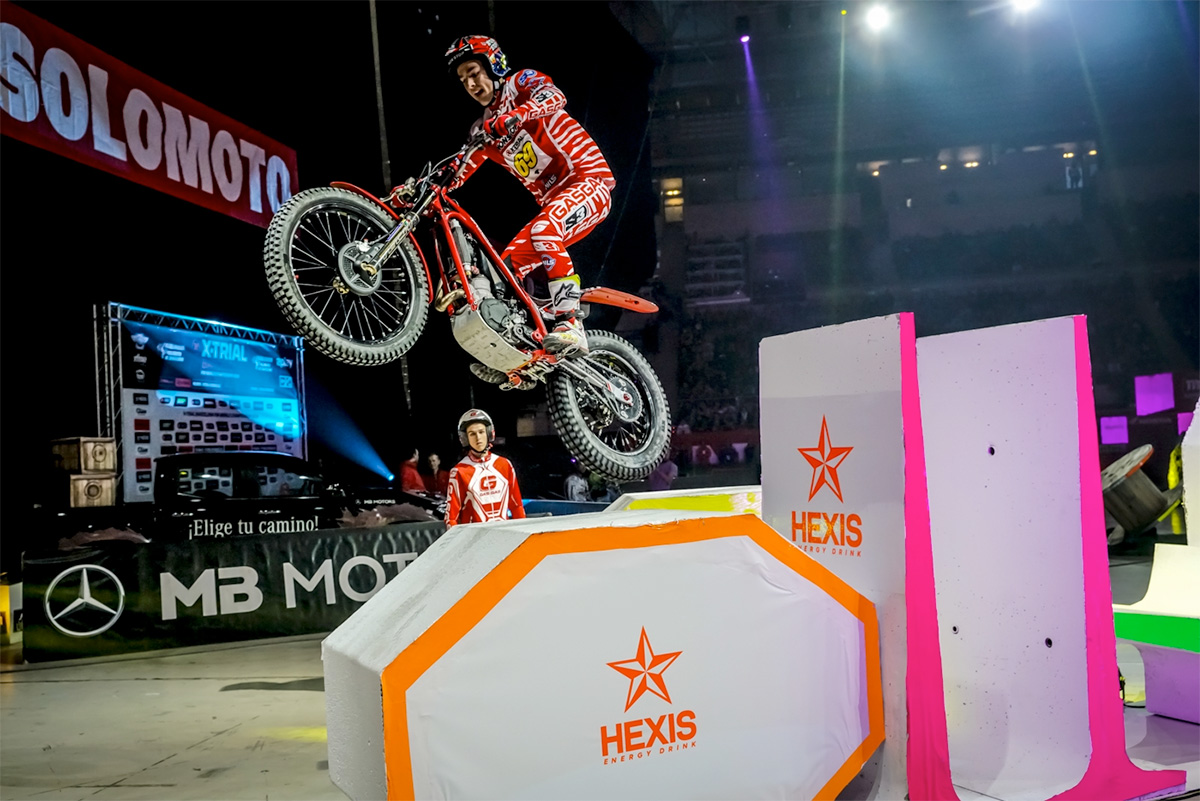 Jaime Busto took his first X-Trial in Paris. Photo: 2play
The final in Paris itself was decided in the final section and almost in the last second after a close fight between Jaime Busto and Adam Raga, the latter recovering since Barcelona from surgery to a tendon injury to his left arm. Both riders completed the first three sections clean, but a five-mark score for Raga in Section Five tipped the balance in Bustoå«s favour. Busto continues his progression in the sport with a fine first career win, while with a runner-up position in Paris Raga secured second place in the Championship overall.

This first victory has been incredible for me, particularly in such a close Final. I rode really well and I managed the pressure all the way through to take this win. I am very satisfied because this result demonstrates my progression, and I will work hard and fight to maintain this level.‰Û 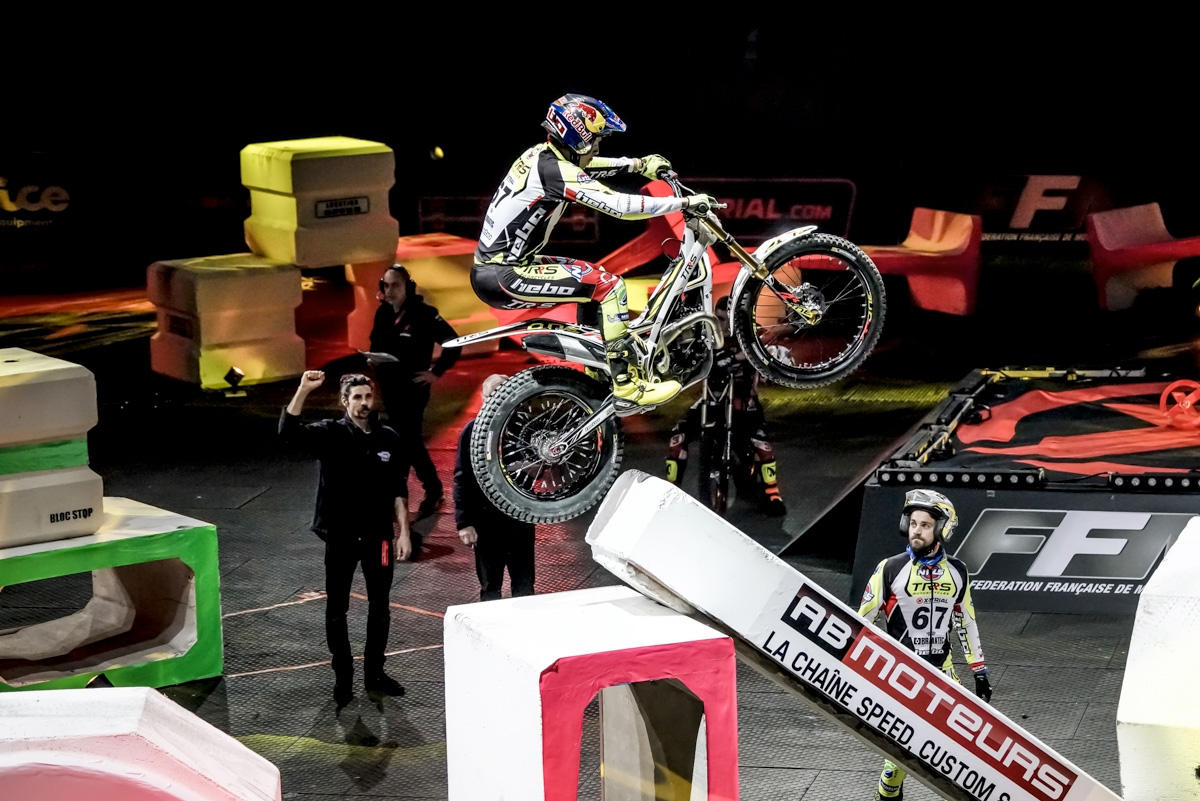 Adam Raga took second place despite recovering from recent surgery to a tendon injury to his left arm. Photo: 2play
Toni Bou, meanwhile, realised an incredible feat of recovery to ride just 25 days since fracturing three vertebrae. The Spaniard enjoyed a night of celebration having already secured his twelfth X-Trial World Championship, but was unable to ride to his usual high standards. Despite finishing top on the opening lap, his injury stopped him from making further progress, and he bowed out fifth in Round Two.

Ahead of the Repsol Montesa Honda in Paris with fourth was Benoit Bincaz, who continues to display impressive consistency this season. And Miquel Gelabert completed the six riders in Round Two, dropping back after qualifying second from Round One.

Alexandre Ferrer, James Dabill and Jeroni Fajardo made it no further than the opening round. 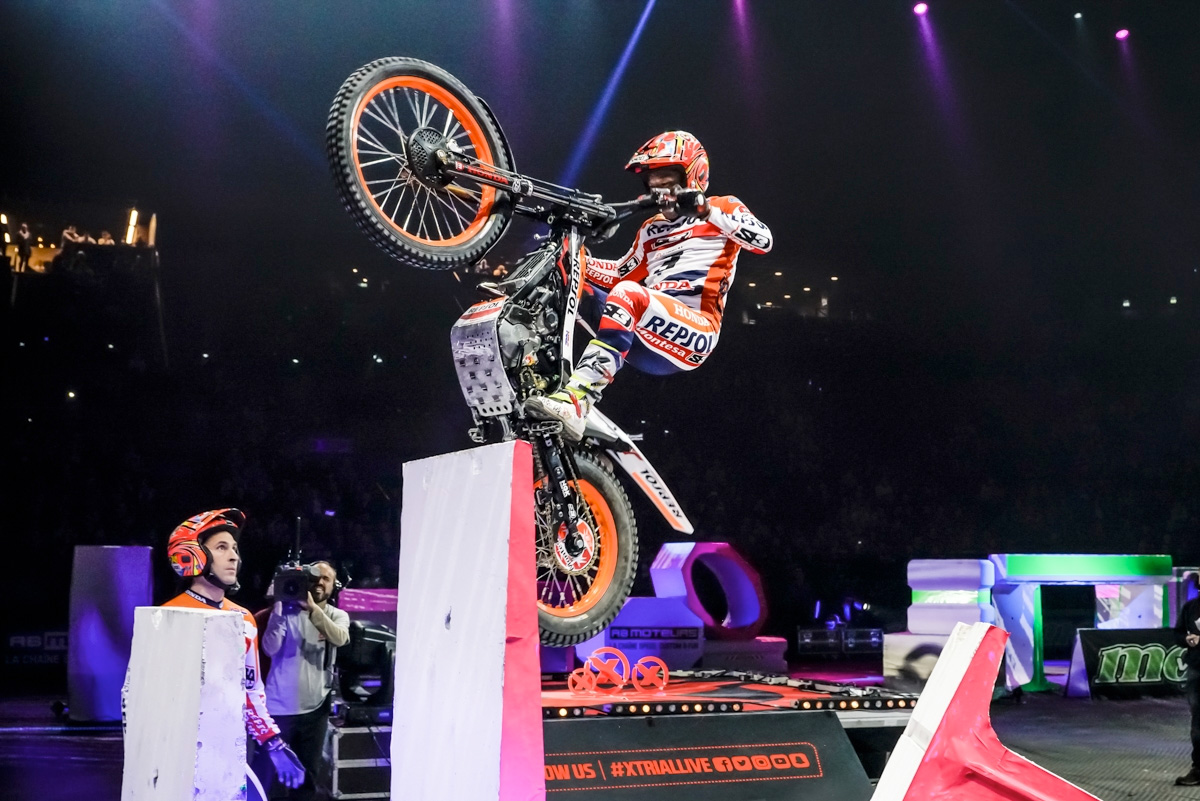 Takahisa Fujinami disputed race number 135 and overtakes English rider Dougie Lampkin for the number of participations in the Indoor World Championship. Fujinami was third, his best result of the season.
For Jaime Busto though the win was a long time coming:

‰ÛÏThis first victory has been incredible for me, particularly in such a close Final," Busto said. "I rode really well and I managed the pressure all the way through to take this win. I am very satisfied because this result demonstrates my progression, and I will work hard and fight to maintain this level.‰Û 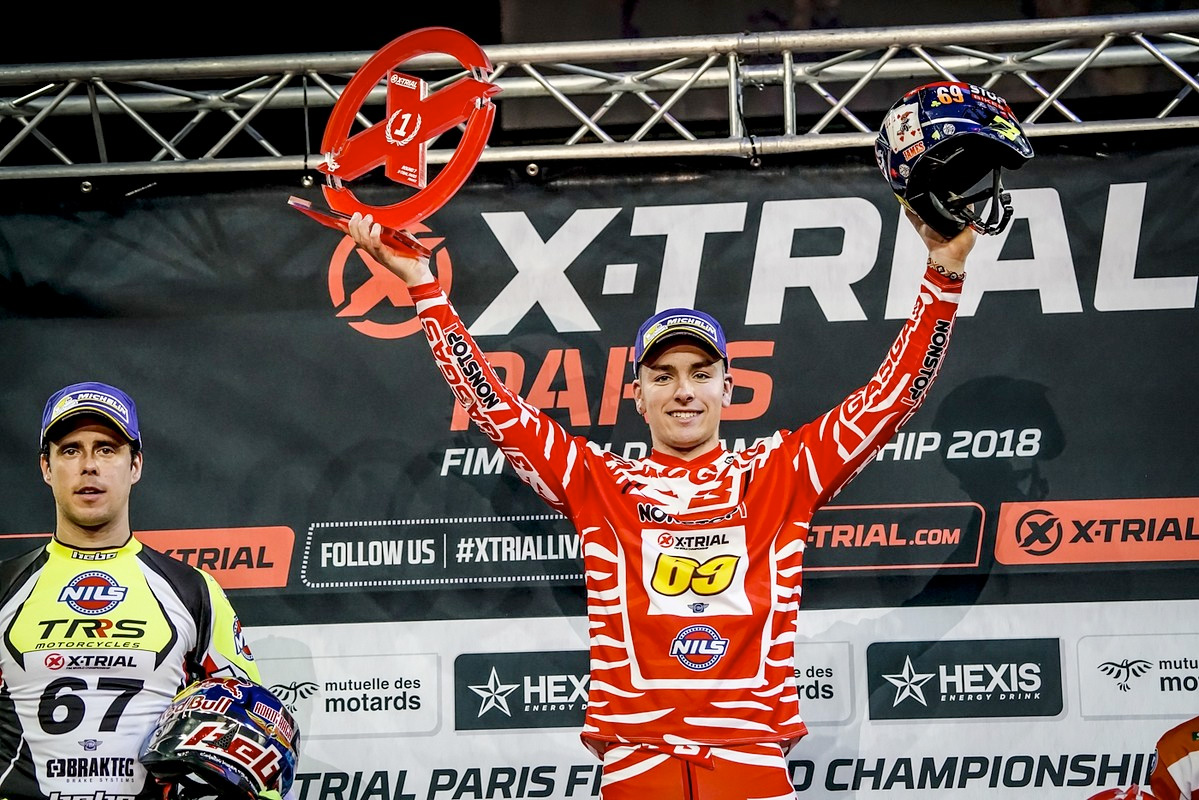 Jamie Busto gets the taste of victory for the first time. Photo. 2Play