Jacobsen and Honda ready for WorldSSP battle at Sepang 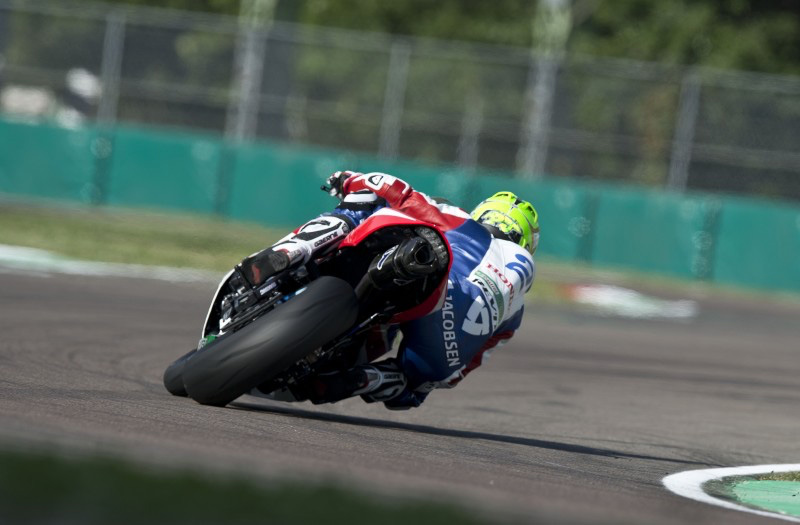 The Sepang International Circuit will this weekend host the sixth round of the 2016 FIM Supersport World Championship, with PJ Jacobsen and the Honda WorldSSP Team ready for another battle at the sharp end of the World Supersport field.

Last year in Malaysia, the young rider from New York, United States of America, claimed his first career-victory in the series by pipping Jules Cluzel onboard his Ten Kate-prepared Honda CBR600RR by just 0.091 seconds at the line.

Honda‰Ûªs middleweight machine is currently undefeated in Malaysia, as in the first-ever edition in 2014 it was Michael van der Mark who came out of on top in the World Supersport race.

After a convincing return to the podium at Imola a fortnight ago, Jacobsen is now eager to keep the momentum going at Sepang. The track that has been completely resurfaced over the winter, with some corners now featuring a different camber to speed up drainage in case of rain.

"I‰Ûªm really looking forward to the weekend." Jacobsen said. "It was good to return to the podium at Imola and get back in the comfort zone without pushing too much.

"I feel there‰Ûªs a lot more we can do and achieve, so I cannot wait to get back on track at Sepang. I got my first World Supersport win there last year and I love the track.

"The new surface will surely change things a bit but I‰Ûªm eager to try it out and do my best for another great result.

The venue is back on the sixth slot of the calendar like in its debut WorldSBK year (2014), although the round now takes place almost one month earlier in the year.