Jacob Wright To Fill in For Lawson Bopping At DPH Motorsport 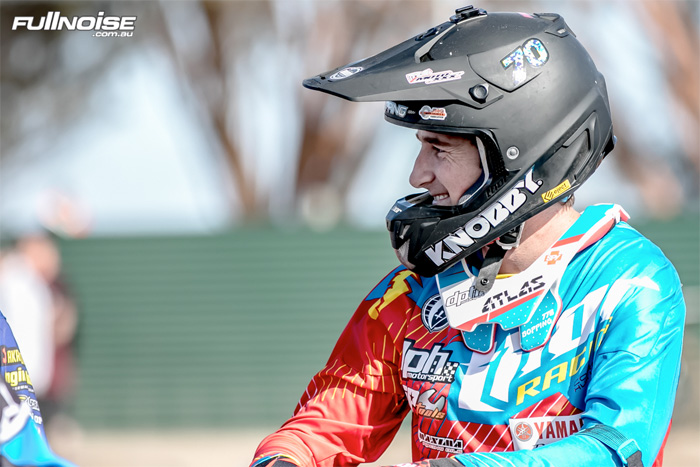 DPH Motorsport have announced that Jacob Wright will fill in for Lawson Bopping for the remaining rounds of the 2016 Motul MX Nationals while Bopping steps away from racing to focus on his health.

The team made the announcement via their social network channels early this morning.

"It is with a heavy heart that DPH Motorsports announce @lawsonbopping70 will be taking a back seat for the remainder of the 2016 @mxnationals season and not competing due to ongoing health issues." The statement read.

"Lawson has been persevering round after round to compete but has made the tough decision to sit out the final six rounds and will focus all of his energy on contesting the 2016 Super-X season with the team.

Bopping who had an outstanding start to 2016 firing his DPH Motorsports backed Yamaha YZ450F into five of the six main events as he contested the opening six rounds of the Monster Energy AMA Supercross championship in the United States in what was arguably the deepest field in the sports history.

Bopping has confirmed that he is focused on returning to racing later this year at the Australian Supercross Championship where he finished 3rd in the 2016 series.

"It's a bummer but I can't do much about it. I'd like to thank all of my sponsors and I'll be back when I'm healthy again" Said Bopping.

Lawson's seat will be kept warm by 21 year old privateer rider Jacob Wright (@jw37_). Riding a Yamaha is nothing new to Jacob who was signed to @cdr_yamaha in 2015 before a number of unfortunate injuries seen him sitting most of the year on the sidelines.

Everyone at Yamaha Motor Australia have wished Lawson all the very best and good luck to Jacob as he tackles the remainder of the MX Nationals season on a YZ450F.