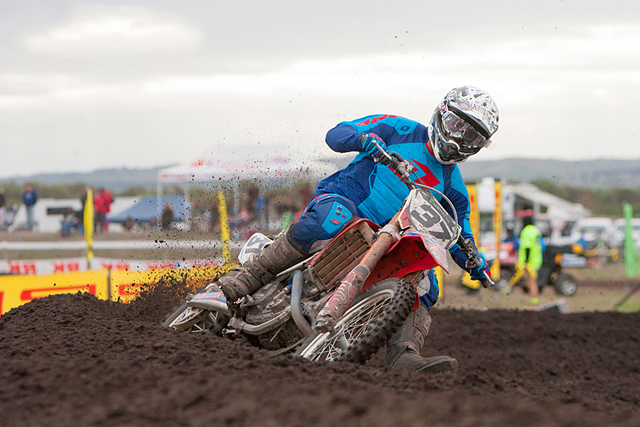 One rider was a noticeable absentee at round six of the 2013 Monster Energy MX Nationals held at Appin on the weekend was Tattoo Racing Supported rider, Privateer Jacob Wright.

The Toowoomba, Queensland resident who was sitting in 12th place in the MX1 class heading into the Appin round, unfortunately broke his collarbone while practising at Cachia's place shortly after round two of the Victorian motocross championships held at Swan Hill back on the 16th of June.

The Honda mounted rider had his collarbone plated and is currently back at home in Queensland recovering, with the hope of returning to racing action at either round seven in just over a weeks time at Hervey Bay, though he may have to wait until round eight at Swan Hill on the 11th of August.

"I Broke my collarbone after swan hill," Wright let fullnoise.com.au know this afternoon when we contacted to find out why the talented rider was missing from Appin on the weekend. "I am hoping to be back at Harvey Bay or if not Swan Hill for sure.

"I was not happy that I wasn't there at Appin on the weekend that's for sure. I broke it at Cahcia's training after swan hill and had to have it plated," he added.

2013 has proven to be a solid year for the first year MX1 rider. The 19 year old, despite still having limited feeling in his left hand after a horrific crash in the United states practice crash nearly cost him his left arm, has been able to mix it up with the top riders in the country on a regular basis.

Wright has a season best round finish of 7th overall at round two held at Murray Bridge in South Australia, which included a fifth place finish in the second moto after working his way through the field.

Top Image: Jacob Wright has proven his is a rider to watch in the future with plenty of solid top ten moto and overall round results in his first year of racing the MX1 class.
Credit: Aaryn Minerds