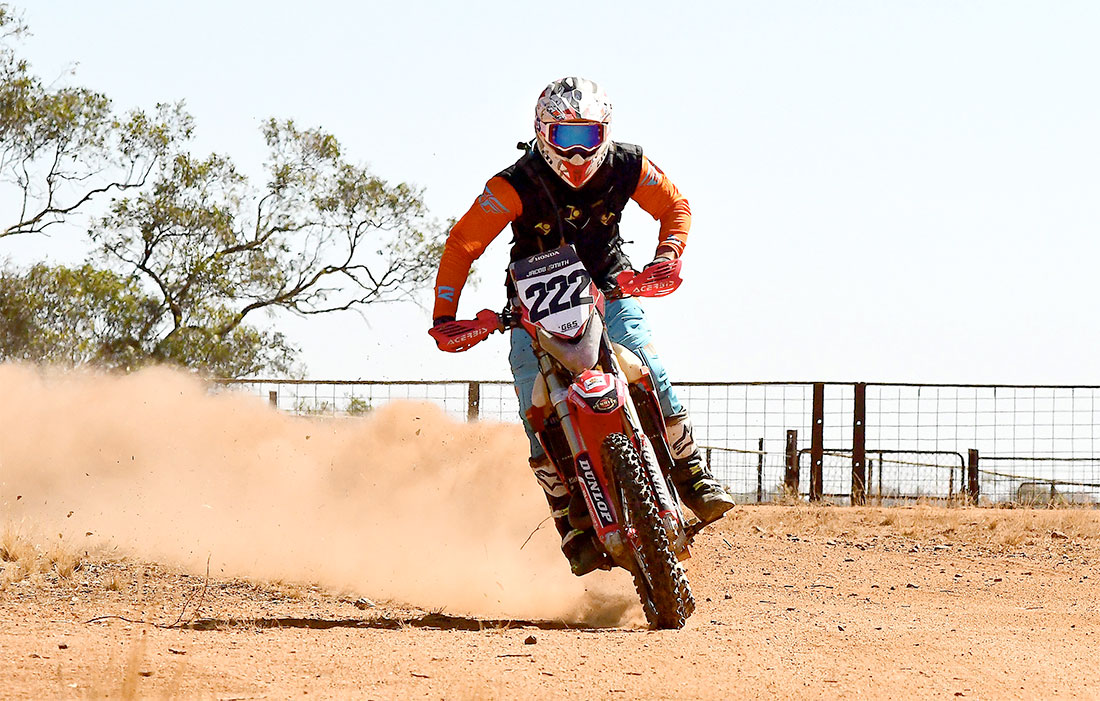 2018 marks Smiths 4th win and his 10th time competing in the in Condobolin event, only missing a podium finish once in his Condo career.

"I had a really solid weekend and the race pretty much went exactly to plan, I held back a little in prologue to start 6th on day one and worked my way into the lead at around the 100 km mark of the first stage, from then on I led for the rest of the race." the Penrite Honda Desert Racing rider said.

"The 2018 CRF450R was perfect all weekend, the electric start was ideal and I was really happy with my navigation, not making one mistake the whole race which is pretty rare for Condo. It is very pleasing when everything works and winning by over 20 minutes was amazing." Smith added.

Smith was pleased with his pre-race preparation and the support he received from the team and his family in the lead up and during the gruelling three days of competition.

"When you are racing and riding over 3 days it's important to have a great network of people behind you. I could not do this without my family and Honda. Thank you to all who allow me to race at this level." Smith concluded.

Smith and the entire Factory Desert Team will now turn their attentions to testing for FINKE.