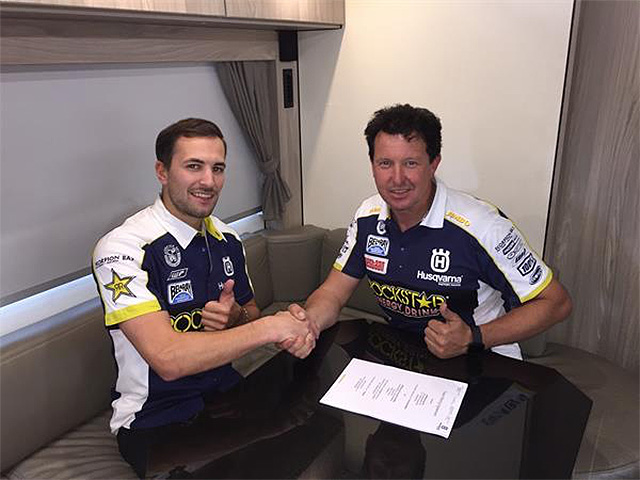 Jacky Martens run JM Racing team will continue as Husqvarna Motorcycles‰Ûª official MX2 representatives in the FIM Motocross World Championship following the agreement of a new two-year deal, which will run to the end of the 2019 season.

Remaining aboard the team‰Ûªs ultra-competitive FC 250 machine for the coming season, both Kjer-Olsen and Covington have their eyes set on battling for the MX2 World Championship title in 2018. Set to kick off on March 4 in Argentina, the 2018 FIM Motocross World Championship will include 19 rounds and will end with the GP of Imola in Italy on September 30, 2018.

Diego Clement ‰ÛÒ Head of Motorsport at Husqvarna Motorcycles, said, ‰ÛÏHusqvarna Motorcycles are thrilled to continue their working relationship with Jacky and his crew. Under Jacky‰Ûªs guidance, the results achieved by the Rockstar Energy Husqvarna Factory Racing riders have been hugely positive this season in the MX2 World Championship and we‰Ûªre looking forward to more of the same in the years ahead. The way the team operates gives us nothing but confidence for the coming seasons, assuring that Husqvarna will be professionally represented and with the best chance of success in the MX2 series.‰Û