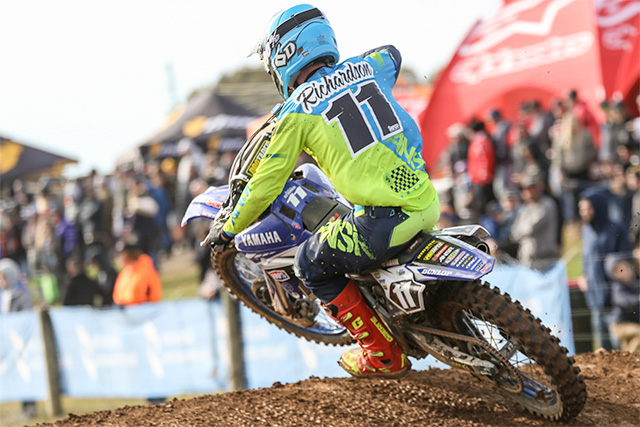 Unfortunately the day ended with the Serco Yamaha rider in the hands of the Race Safe medical crew.

Richardson was in the heat of the battle in moto one and inside the top five until the halfway point. He fell on lap 15 and then again on lap 19 of the 20 lap race and finished the moto in ninth place.

The North Queenslander was determined to get his day back on track in race two and was in perfect position when he moved into second place in the early stages. But just as he was ready to ramp it up for the final half of the race, he lost control of his bike and fell heavily on his shoulder. He was unable to finish the race and was taken to hospital to get further medical advice on his shoulder.

Jackson returned to the track later but will still go further tests during the week to determine the full extent of the injury.