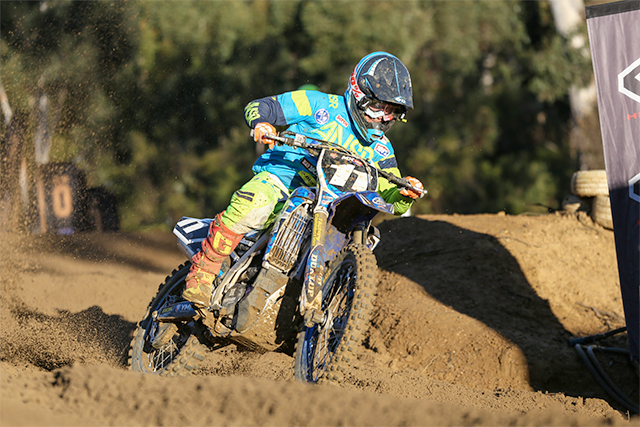 The Serco Yamaha MX2 (250cc) duo of Jackson Richardson and Mitch Evans continued to show their fighting spirit with another hard fought round of racing at round six of the Motul MX Nationals that saw Richardson finish on the podium in second place with team mate Mitch Evans landing in fourth.

And after another intense round of racing, the top four riders in the MX2 class are now separated by just 19 points with four rounds remaining.

Jackson Richardson raced well on the weekend to take second place for the round with 3 ‰ÛÒ 1 results. Richardson had to work hard for his third in the opening moto, charging from as far back at 10th place in the early stages. He continually chased down the riders in front of him and moved forward on a track that many consider hard to pass.

But with a better start in race two, Richardson was determined to cash in of his good track speed. He ran third on the opening laps before taking the lead on lap five and immediately began to stretch out his lead. When he crossed the finish line at the completion of the race, he was 13 seconds ahead of his nearest rival and claimed his first race win of the year.

‰ÛÏI put in two good motos today and was finally able to break through for a race win,‰Û 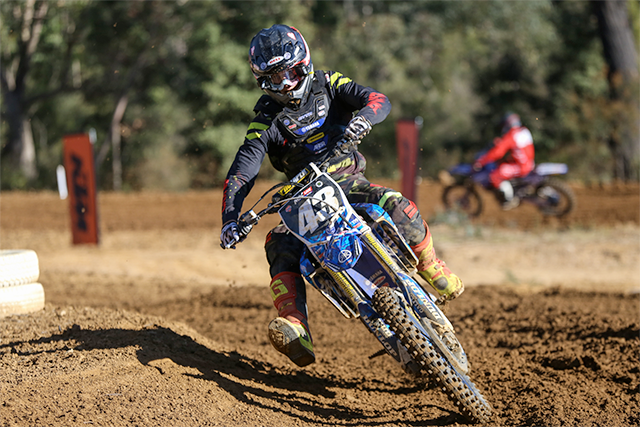 Mitch Evans finished fourth with 8-3 results. Credit: MXN Images
Mitch Evans had an eventful day but managed to keep his championship hopes alive with a gritty fourth place finish and edge to just five points from the series lead.

Evans was well placed in the opening laps of race one and inside the top five with a fast freight train of riders heading towards the front. That all changed on lap six when Evans went down heavily when he got cross rutted on a jump and lost several positions. He remounted in 12th place and despite bent and twisted bike, he was able to make up a few positions to take a ninth place finish.

Race two and again the heavy hitters of the MX2 class were up the front and the speed was on. Evans moved from eighth into the top five and then was able to capitalise on a mistake on the riders ahead of him to slot into third, where he stayed until race end.

‰ÛÏIt was a battle all day and not much separated the top 10 riders in terms of speed so you had to work really hard for your positions,‰Û 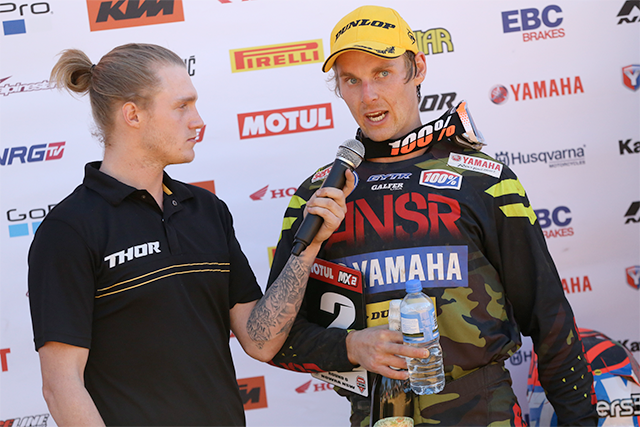