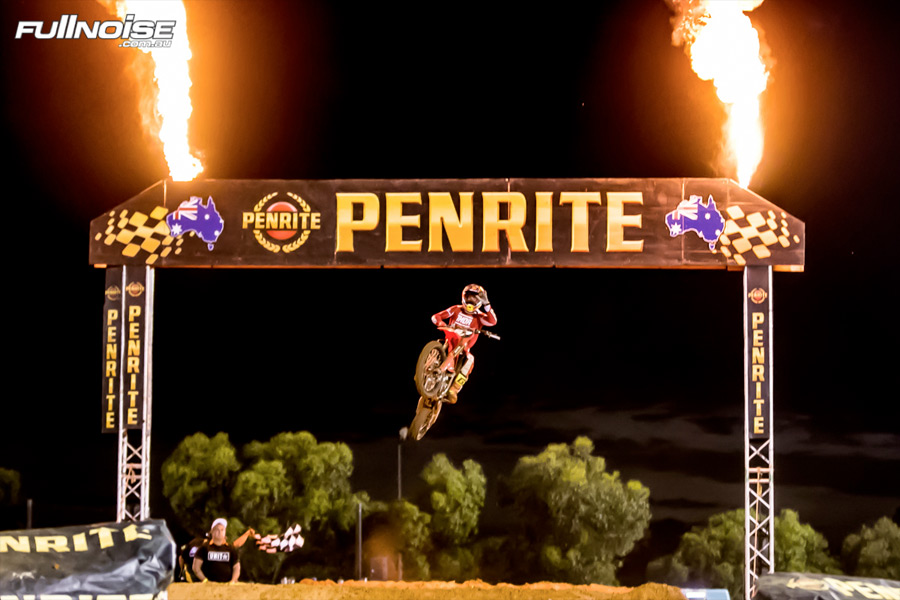 Australian Jackson Richardson has confirmed that he will undergo the knife to have surgery on a troublesome shoulder.

The Honda Privateer had a fantastic 2015 Australian Supercross series racing for the Penrite Oils Wilson MX team, racing his way to second overall in the championship behind American Jimmy Decotis after taking the final round win at the season finale held in Victoria.

With the Australian series done and dusted, Richardson as he had done for the past few years, headed back to the United States to contest this years Monster Energy Supercross 250 West regional championship and instantly showed he was on pace to have his best year in America to-date, when he qualified 16th fastest at season opener held in Anaheim.

Unfortunately things did not go to plan during the night program with the North Queenslander crashing in both his heat race and the LCQ, leaving him to miss a spot in the 22 rider main event.

Despite his best efforts to line up for round two at San Diego on the weekend just gone, Richardson confirmed on the eve of the event that he would not be lining up due to the injuries he sustained at A1 and has also decided to have surgery on a his shoulder that has been troubling him for some time.

"Unfortunately I won't be lining up this weekend in SD due to injuries I sustained at Anaheim." Richardson confirmed via instagram. "I've also decided to have surgery on my shoulder that I've had some trouble with for a while.

"Bummed I'm gonna be missing out on a lot of racing but looking forward to being back at 100%. Massive thank you to everyone for all their support this week and to all my sponsors that help me out."

Top Image: Jackson Richardson celebrates his final round win of the Australian Supercross Championship before he headed to the U.S.

Fellow Australian Geran Stapleton who finished the Australian SX2 championship in 4th position also missed the San Diego race due to injuries sustained at A1, but has confirmed to us this morning that he will be heading out for a ride later today to see how it feels and is hopefull of lining up for A2 this Saturday night.