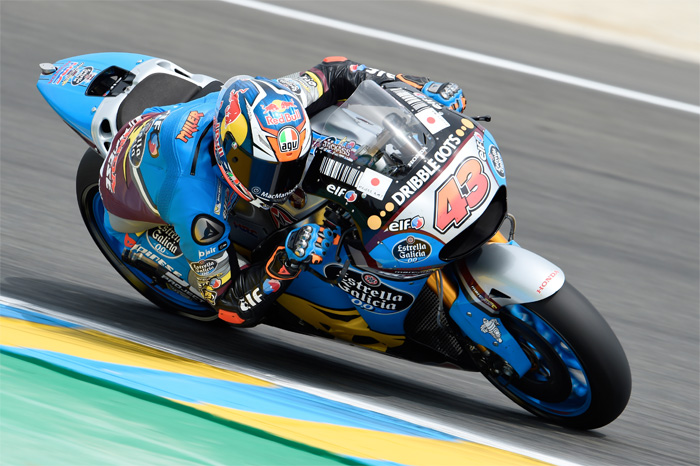 Team Estrella Galicia 0,0 Marc VDS riders Jack Miller and his team-mate Tito Rabat head to the magnificent Mugello track in Italy in upbeat mood and optimistic they can bounce back from a difficult outing at the previous round in France.

Miller and Rabat both saw point scoring opportunities slip through their grasp in Le Mans, but that disappointment has made them even more determined to mount a strong challenge in round six of the 2016 MotoGP World Championship in Tuscany.

The main target will be to reclaim the lost important points in Mugello this weekend, with Miller demonstrating in Argentina and Le Mans that he has the speed to race inside the top 10.

‰ÛÏThe outcome of the race in Le Mans was not what we wanted but I am actually feeling really good about my race pace." MIller said. "We need to work more on our outright speed but I think Mugello will be a little easier for our package.

"The key goal will be to finish the race and be as strong as possible throughout the weekend.

"Mugello is an awesome track and the top speed we get to on the straight is pretty scary and impressive. I can‰Ûªt wait to see Tito‰Ûªs face the first time he goes over that crest in sixth gear and then has to pull it up on the brakes for turn one.

"I‰Ûªm looking forward to riding there and getting the result I think our speed deserves this season.‰Û