Jack Miller to miss next two GP’s with foot injury 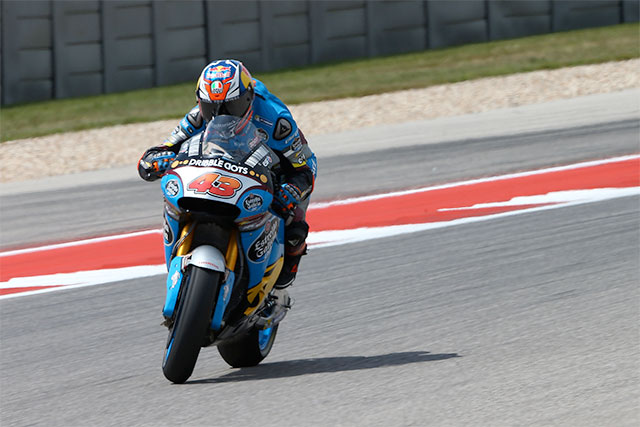 Team Estrella Galicia 0,0 Marc VDS rider Jack Miller has been forced to withdraw from Sunday's Grand Prix of the Americas because of an injury to his right foot.

Miller's brave bid to overcome the pain and discomfort ended after just three laps in today's FP4 session and he did not participate in qualifying.

Despite intensive physiotherapy and a pain killing injection the team decided that the safest option was to allow the 21-year-old Australian to concentrate on being fit for the next race at Jerez in Spain.

Overnight X-rays revealed Miller broke the 5th metatarsal in his right foot when he crashed in FP1 on Friday.

The heavy fall also bruised his right ankle, which he injured in a pre-season motocross crash although fortunately there was no further damage to those earlier fractures.

"This is a really physically demanding track and with every lap the pain just got worse so in the interests of safety it is better to give this race a miss," Miller said.

"We tried all the options with physiotherapy and a pain killing injection for FP4 but it didn't work. I'm sorry for the team but this is racing and now I just want to be fit for the next race in Jerez. It's unlucky but I've learnt a lesson from pushing too hard on a cold tyre in practice. The most pain is coming from my ankle, one of the screws in the plates from the earlier injury maybe moved a little bit when my foot hit the track."