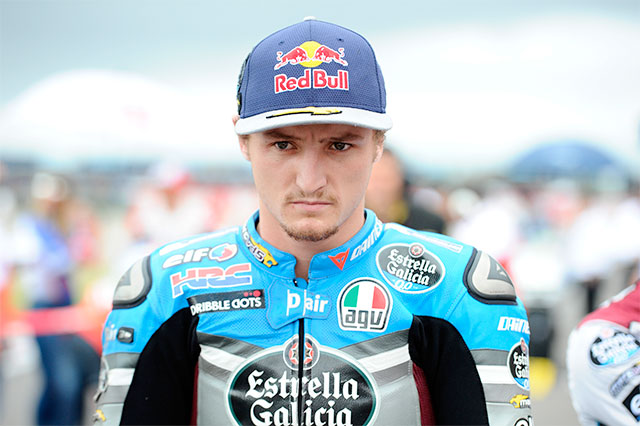 Jack Miller produced a scintillating surge from 15th on the grid in the early stages to thrill a crowd of just over 50,000 fans with his all-action and aggressive riding style in a dramatic two-part race at the Termas de Rio Hondo track in Argentina.

Miller swept by reigning World Champion Jorge Lorenzo into sixth place on lap three, but while pushing hard to make a break from the Spaniard he crashed unhurt a lap later at turn three. Miller‰Ûªs disappointing result aside, the 21-year-old demonstrated in South America that he is capable of mixing it with the elite top group in MotoGP.

‰ÛÏI felt really good in the race and the track was in decent condition despite all the earlier rain," The Australian explained.

"I felt comfortable and was pushing hard to try and make a break from Lorenzo when I lost the front in turn three. It didn‰Ûªt quite work out this time and it is disappointing but there are plenty of positives to take from this weekend. We move on and try to show our potential in Austin.‰Û