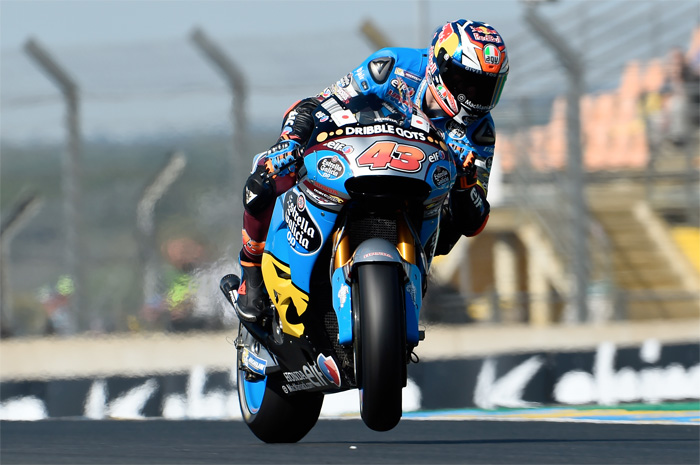 It was a cruel blow to the Honda RC213Vs rider who was in point scoring positions when he made an early exit from the 28-lap race on the famous Bugatti circuit.

The Australian had surged from 18th on the sixth row of the grid to be in tenth position when he inexplicably lost the front at the tricky turn seven on lap 18.

It was an impressive burst from the hard charging Miller who is slowly recovering to full fitness after two painful injuries to his right ankle and foot.

"It was a disappointing race." Miller commented. "We pushed hard with a plan to have a strong weekend in Le Mans and it was looking good but with 10 laps to go I came into corner seven and lost the front.

"It felt normal, like the lap before, not too fast and then I just hit the bump and the bike disappeared from under me. Everyone struggled with the front tyre today and that is what happened to us."

Millers team-mate and MotoGP rookie Tito Rabat was inconsolable after anticipating a confidence boosting performance only to make a mistake on lap eight when challenging for 15th and a points scoring position after starting on the last row of the grid.