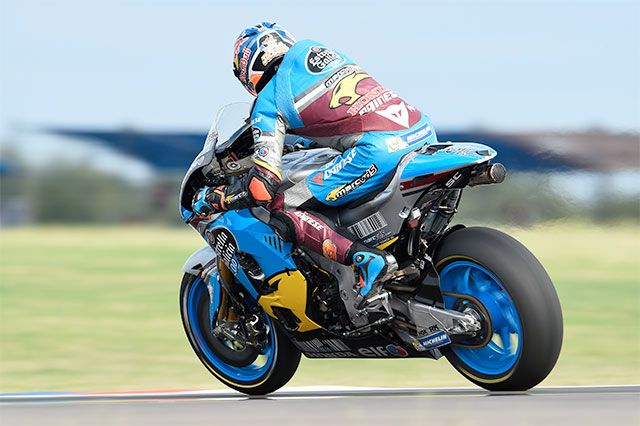 Team Estrella Galicia 0,0 Marc VDS rider Jack Miller heads from South to North America to take on the unique challenge posed by the spectacular Circuit of the Americas in Texas this weekend.

Miller has fond memories of the Circuit of the Americas after he won the 2014 Moto3 race in Austin from pole position.

The 21-year-old starred in the early stages of an eventful Termas de Rio Hondo clash in Argentina last weekend when he picked up nine places in just three laps to stake a claim for the top six.

A crash prevented Miller from claiming his first top six MotoGP finish, but he‰Ûªs shown plenty of promise in the opening two rounds to suggest he won‰Ûªt have to wait much longer to break into the top 10.

"I really enjoy the Circuit of the Americas. I won the Moto3 race in 2014 and I have a lot of fun riding there," the Australian recounted.

"It should offer better grip than we had in Argentina, so hopefully we can adapt the bike quickly. The result wasn‰Ûªt what we wanted in Argentina but we found some good improvements with the bike and I was able to make some steps with my riding style better that suited the package more. The positives far outweighed the negatives last weekend. Now I‰Ûªve just got to make sure I don‰Ûªt push as hard!‰Û