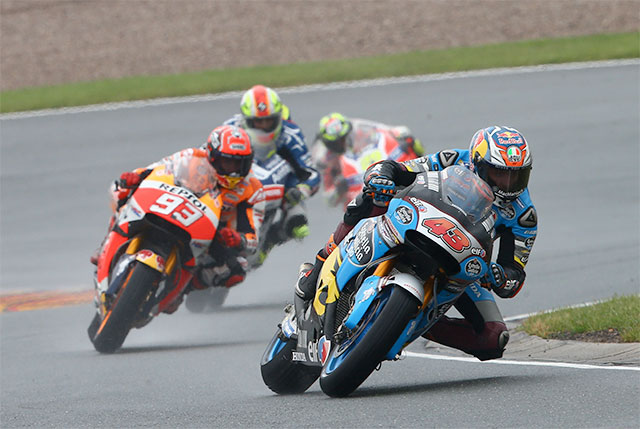 The 30-lap race commenced on a full wet track after torrential rain fell on the 3.67km track earlier in the day. And optimism was high that Miller would pose a strong podium challenge after he set the third fastest time in the pre-race Warm-Up session.

A stunning start and aggressive opening to the race rocketed the Australian up from 16th on the grid into fourth place on lap six.

He began hunting down Danilo Petrucci, Andrea Dovizioso and Valentino Rossi to contest the podium after his remarkable career first win in Assen three weeks ago when the track suddenly started to quickly dry.

Miller unfortunately missed the ideal window to change to his Honda machinery equipped with slick tyres, and he slipped out of contention for the top three. He was still able to set an impressive pace on Michelin‰Ûªs slick tyres on a greasy surface and a stunning late charge almost saw him pass Dani Pedrosa for sixth place on the final lap. 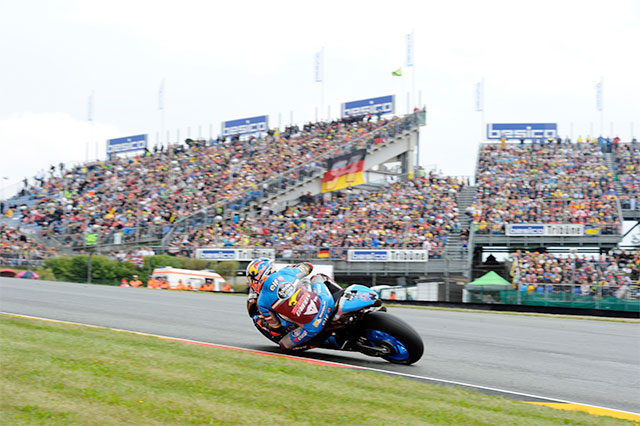 Jack Miller put in another strong ride to finish seventh
‰ÛÏIt was a really good race and I can be happy with the result," Miller declared. "But in all honesty I should have trusted my team more and come in earlier for the bike change. It‰Ûªs a real shame I stayed out a little bit too long because I am sure I could have been standing on the podium again.

"It was a tough call to make and there was about seven laps to go and I kept thinking about finishing the race on the wet tyres," he explained, "It was frustrating to see everybody come flying by me and I knew I had to come in and change. As soon as I went back out on slicks I just said ‰Û÷why didn‰Ûªt I do this earlier?‰Ûª It was a big lesson for me to take on board but it was my first real flag-to-flag race and it is good experience for me.

"I still had a lot of fun racing at the front with the likes of Valentino and I nearly passed Dani on the last lap to take the top six. When I was out on the slicks at the end my pace was really competitive and that gives me a big boost of confidence for the future," he concluded.

Michael Bartholemy: Team Principal, added, ‰ÛÏJack put up another great fight in what were extremely difficult conditions but it was clear that he came in too late to change to the slick tyres. If he had come in three laps earlier then I‰Ûªm sure he could have at least maintained his position in the top six and possibly fought for the podium again. Seventh place is still not a bad result and Jack is on a good run of form at the moment, which gives us plenty of reason to be optimistic that he can take another step after the summer break."

Today‰Ûªs seventh place though was his third successive top 10 finish to continue his impressive streak of form heading into the summer break.

Main Photo: Jack Miller in action at the Sachsenring