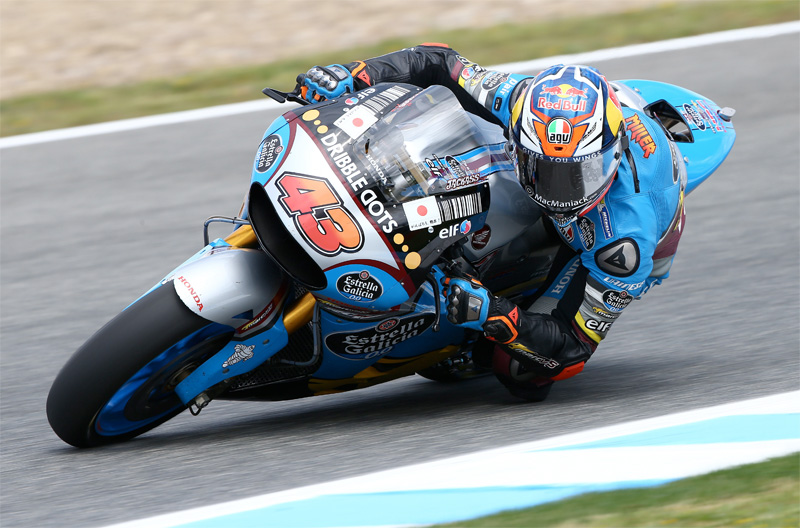 The historic Bugatti track in Le Mans poses the next challenge for Team Estrella Galicia 0,0 Marc VDS riders Jack Miller and Tito Rabat at this weekend‰Ûªs French MotoGP round.

The pair completed a mammoth stint of over 150 laps between them during a recent post race test session in Jerez, which allowed them to focus on improving the set-up of their Honda RC213V machinery for the specific test that will be provided by the Le Mans venue.

Le Mans features a stop and go layout of 4.2km in length, and its various tight hairpins place significant emphasis on braking stability and hard acceleration, which Miller and Rabat worked extensively on during the one-day Jerez test. A low grip surface and frequently cold and wet conditions also add to the challenge of conquering the famous Le Mans venue.

Miller won at Le Mans in Moto3 back in 2014 and he is hopeful of a return to the point scoring places this weekend, having had more time for his troublesome right ankle injury to recover.

‰ÛÏI‰Ûªm feeling good physically after another week to focus on getting my right ankle stronger. Le Mans doesn‰Ûªt have as many right turns as Jerez, so I‰Ûªm expecting this weekend to be a little easier on my leg." Miller stated.

"I‰Ûªm still working hard on a daily basis to get the ankle better but I am excited to get to Le Mans and improve where we left off at the end of the test in Jerez.

"We had a few things to test in Jerez and we‰Ûªll try and put together what we learned to find a good setting for Le Mans. I‰Ûªm expecting to be more competitive than Jerez because cooler conditions seem to favour the Honda package a bit more, and traditionally the weather in Le Mans is known for being pretty cool.‰Û