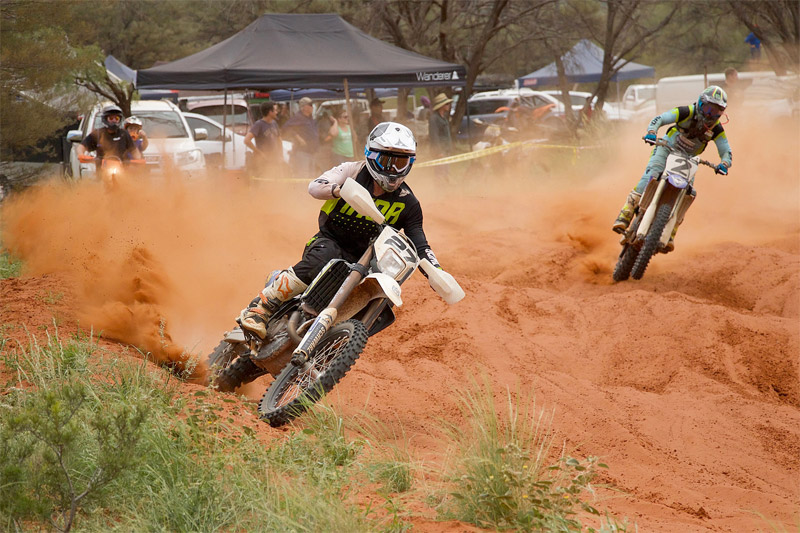 Husqvarna Factory Support racer Ivan Long has celebrated his recent signing with the brand in the best way possible, with a victory in the infamous Deep Well Motocross, south of Alice Springs in Australia‰Ûªs Northern Territory, over the weekend.

The 27-year-old from Murray Bridge powered his Husqvarna FE450 to victory in the event ahead of Ricky Lane and James Heenan, while Peter Mayor and Steven Maddocks filled out the top five positions.

Held deep in the dead heart of Australia the Alice Springs Motorcycle Club‰Ûªs unique motocross event is arguably the toughest in the world, and boasting a unique combination of high maximum speeds, maximum temperatures and the longest natural terrain layout of any motocross in the world.

Long‰Ûªs victory in the event came courtesy of a second in the opening moto, followed by back-to-back wins to wrap up the crown.

"I've only been back on the bike again for a couple of weeks, but sometimes you just need a little refresher, and it sort of clicks." Long said.

"Mentally I haven't been strong enough in the past, and we‰Ûªve still got a lot to learn but we‰Ûªre a lot better now. The mental game was huge out there because it is 45+ degrees. And it would have been close to 85, 90% humidity. It was hot as. It was a real test to mental strength.

"It's one of those races where you‰Ûªve got to back off to go fast. It's like a motocross track but there is no rest, plus you‰Ûªre in the heat and humidity. When I spoke to Jeff (Leisk, HQVA General Manager) he was very keen and said ‰ÛÏlet's do it!‰Û