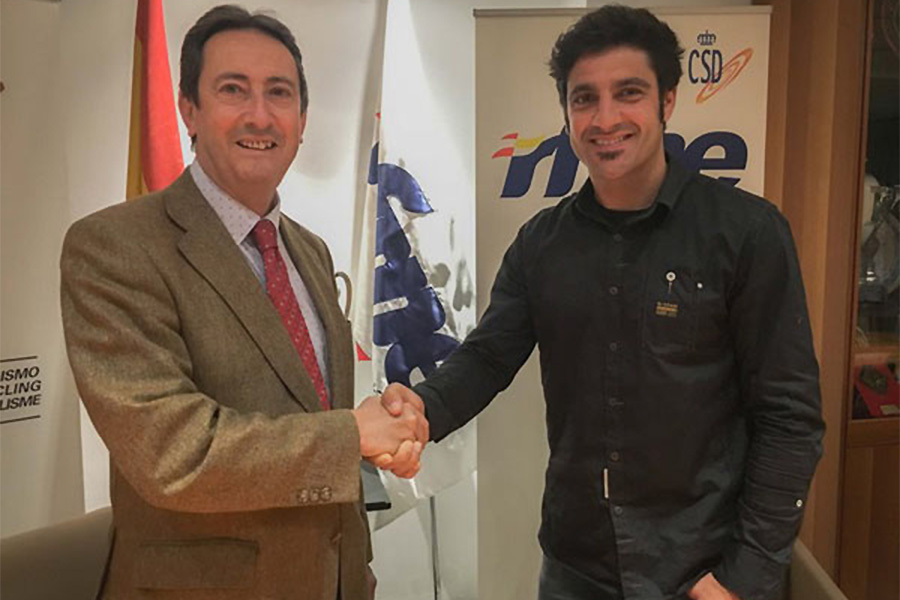 Five-time World Enduro and SuperEnduro Champion, Ivan Cervantes retired from international competition at the end of the 2016 season.

At the same time, the Real Federacion Motociclista de Espana (RFME) put forward a team composed of young riders for two seasons in EnduroGP. The two situations seemed to make for a good pairing‰Û_

After completing a tough Dakar, Cervantes signed a contract with the RFME to become the Sports Manager of Enduro in Spain...

"My role will be to improve the quality of the events in the Spanish Championship by supporting the organisers and advising them on a sporting level ... so you could almost call me the Track Inspector!" Cervantes explained.

Infact the role will be much more extensive, because he will also be attending rounds of the FIM Maxxis Enduro World Championship.

"Indeed, I am in charge of managing the young Spaniards' hopes for the 2018 EnduroGP season! We will run a multi-brand team of 3 to 4 riders who will be involved in the Junior classes in seven Grand Prix, and they will have the ambition of contending for the top places!‰Û