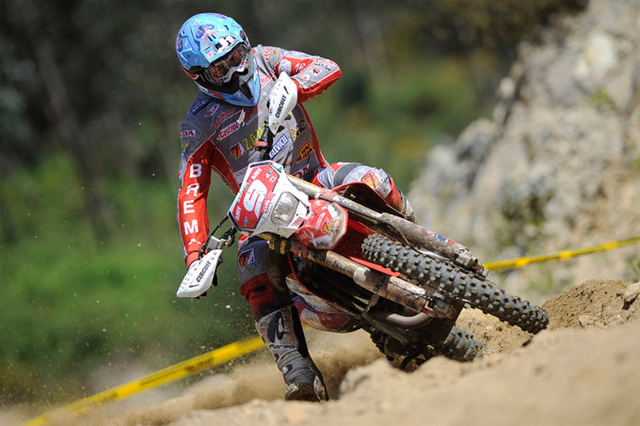 The Italian will join a host of Australian's to make the event a turly international affair, with Daniel Milner, Josh Strang and Tayla Jones joining Salvini to go head to head against 2014 champion American Kaliub Russle who wrapped up the title at the conclusion of round 11.

The Amsoil Ironman is the last round of 13-race GNCC season, and is run in the state of Indiana, just outside Indianapolis in Crawfordsville. The moniker Ironman is apt as the event is a three-hour endurance that Alex will undertake in the XC1 Pro class riding the Honda CRF450R.

The state of Indiana is typically flat, but this course is no easy test. Running through riverbanks, the ascents and declines are some of the toughest of the year. It also mixes tricky and rocky technical sections, tight trails and creeks with flat-out blasts through harvested cornfields so it‰Ûªs a real test of all-round skill. Something Alex is well versed in from the rigours of the World Enduro Championship.

The affable Italian won the Enduro Italian Championship for the second time in succession this season, and finished the World Enduro Championship strongly with a win in the Italian round to finish runner-up in the overall standings with the Honda Zanardo team.