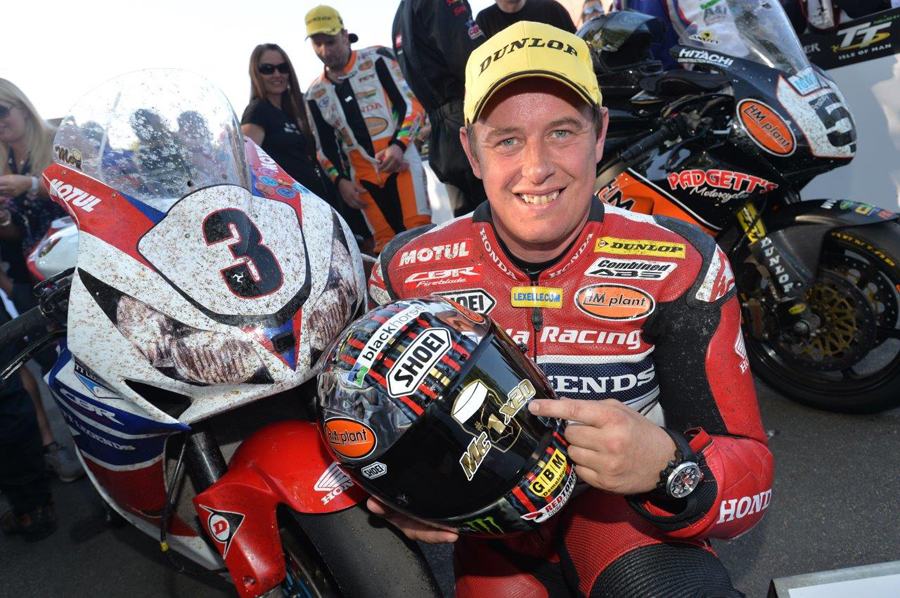 Australia beware ‰ÛÒ Isle of Man phenomenon John McGuinness has been confirmed as a starter for the United Kingdom team in the 2014 Australian Motorcycle News International Island Classic historic motorcycle meet at the Phillip Island Grand Prix Circuit, next January 24-26.

Thanks to its extraordinary depth, Australia has completely dominated the International Trophy teams battle in the Island Classic to date, but with 41-year-old McGuiness heading Down Under to strengthen the UK roster the reign of home-town ‰Û÷terror‰Ûª could be over.

UK squad leader, Roger Winfield, is preparing a Honda powered Harris F1 for the 41 year old McGuinness, in what will be his first appearance on Australian race soil.

McGuinness is a motorcycling legend, and any Isle of Man fan knows his incredible scorecard at the world‰Ûªs toughest road race - a remarkable 20 Isle of Man TT victories, and 41 podiums picked up along the way. From Lancashire, McGuinness started racing at the Island of Man back in 1996, with his first victory in 1999 when he won the Lightweight 250 TT.

His most recent TT scalp was in late August, when he took the Senior TT for the sixth time ‰ÛÒ and also set a new lap record of 131.671mph in the process. His 20 victories betters the feats of Mike Hailwood, and stands McGuinness second only to the legendary Joey Dunlop in the TT history books.

As well as ‰Û÷pure‰Ûª road racing, McGuinness, a bricklayer by trade, is also a regular on the world endurance circuit for the Honda TT Legends team, with a best finish of sixth so far in 2013.

The UK team has never lacked class at the pointy end of the International Trophy field ‰ÛÒ Jeremy McWilliams has scooped the individual honours in two of the last three years ‰ÛÒ but now it‰Ûªs adding even more muscle with not only McGuiness, but also fellow British road racing guns Gary Johnson and Steve Brogan.

Johnson won the Superstock TT at the Isle of Man in 2011, while Brogan has collected two British road racing titles in the last six years, including the ‰Û÷Evo‰Ûª Superbike class in 2010.

Also joining the UK squad are four-time British national champion, Mike Edwards, and Mick Godfrey who last year finished sixth overall in the International Trophy. There will be a total of 12 Brits in the line up, five racing in the newly formed ‰ÛÏExperts‰Û