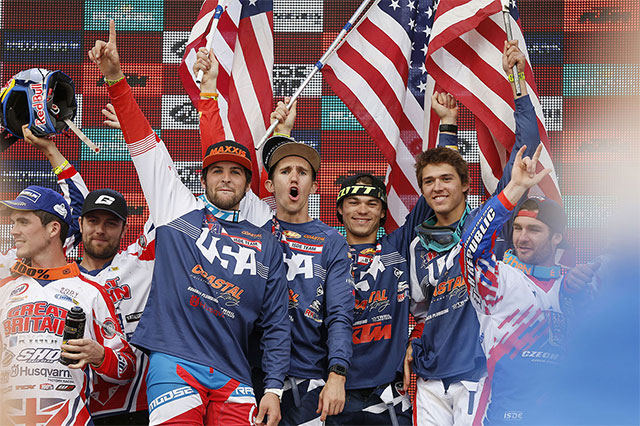 The final day motocross races saw close action in all classes, with all of the category leaders making it to the end of the event without any problems. Led by Taylor Robert ‰ÛÒ KTM the USA World Trophy team put the finishing touches to their impressive week-long performance to secure a well-deserved World Trophy team win. With the likes of Australia and Italy failing to get all four of their team riders to the finish Great Britain claimed the final runner-up result with the Czech Republic claiming third and with it the Watling Trophy for the most improved nation. Sweden ended up fourth with Estonia fifth.

‰ÛÏI‰Ûªve been so stressed the last few days, this is a huge deal for me and for the USA,‰Û 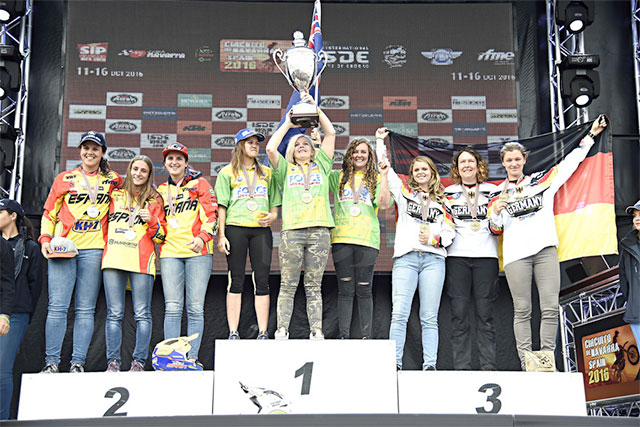 The Australia took the overall win in the women's class. Credit: Jake Miller
With just twenty-two seconds separating the USA from Junior World Trophy class leaders Sweden at the start of day six everything was to play for. But with each of their three team riders performing well in their respective final motocross races Sweden extended their lead to forty-five seconds and with it claimed the 2016 Junior World Trophy team win. With the USA in second Italy placed third with Finland fourth and France fifth.

Not expected to do anything other than win, Australia‰Ûªs women showed exactly why they are the nation to beat in the Women‰Ûªs World trophy class as each of their three riders safely reached the end of their motocross races to claim a fourth class win in as many years. Host nation Spain held on to the runner-up result with Germany third.