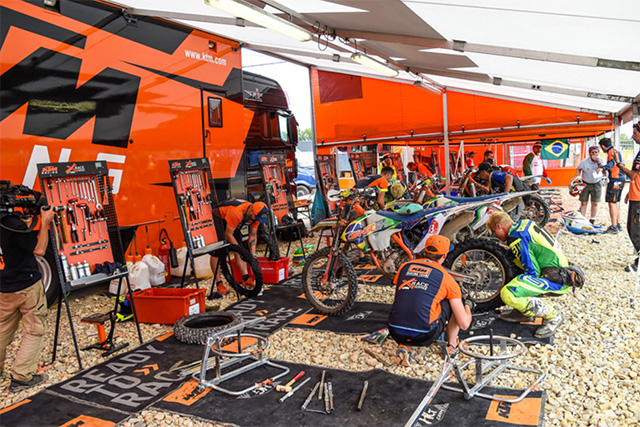 In the FIM Junior World Trophy category Italy took the win, finishing ahead of France and the USA. With just the final day motocross races to be contested, France lead Italy in the overall Junior World trophy category by a slender twenty-eight seconds. Also claiming their first Women‰Ûªs World Trophy day win of the event, USA topped the results on day five but trail Australia in the overall Women‰Ûªs World Trophy results by seven minutes. 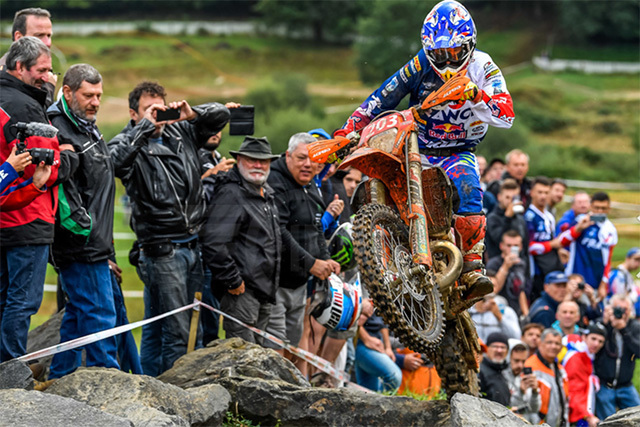 Despite riding with a broken hand Christophe Nambotin helped France maintain their lead over Australia in the World Trophy standings
Taking full advantage of the fact that France‰Ûªs World Trophy team rider Christophe Nambotin ‰ÛÒ KTM was severely handicapped due to riding with a broken bone in his right hand, Australia claimed their first day win of the 92nd ISDE to finish twenty-eight seconds ahead of the home nation. Continuing their impressive results Finland placed third with Great Britain fourth and Portugal fifth. But with only the final day motocross races remaining, France carry a sizeable seven-minute and thirty-two second lead into the final day of competition in Brive. Finland sit third overall, just under two-and-a-half minutes behind Australia.

‰ÛÏIt‰Ûªs a great feeling to be in a very positive position in the World trophy category,‰Û 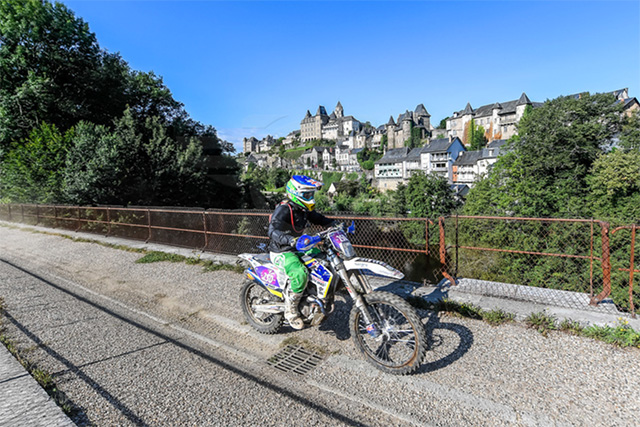 Despite losing the day to the USA, Australia with Tayla Jones (pictured), Jemma Wilson and Jess Gardiner still maintain the lead
In the FIM Junior World Trophy class a thrilling final is all but assured as just twenty-eight seconds separates class leaders France from Italy. On day five Italy went all out to reduce France‰Ûªs lead, doing exactly that and shortening the gap from forty-four seconds to twenty-eight. Helped by a strong performance by Davide Soreca ‰ÛÒ Honda, Italy are ready to go all-out in the hope of winning the Junior World Trophy class for the first time since 2008 when the event was held in Greece. But with their home advantage France will be anything but easy to beat. The USA sit third overall, ahead of Great Britain, Spain and Chile.

Claiming their first day win in the FIM Women‰Ûªs World Trophy class, the performances of the USA‰Ûªs Kacy Martinez ‰ÛÒ KTM, Rebecca Sheets ‰ÛÒ KTM and Brandy Richardson ‰ÛÒ KTM suggest that it might not be long before they are ready to challenge the mighty Australian trio of Tayla Jones ‰ÛÒ Husqvarna, Jess Gardiner ‰ÛÒ Yamaha and Jemma Wilson ‰ÛÒ Yamaha for the Women‰Ûªs World Trophy title. 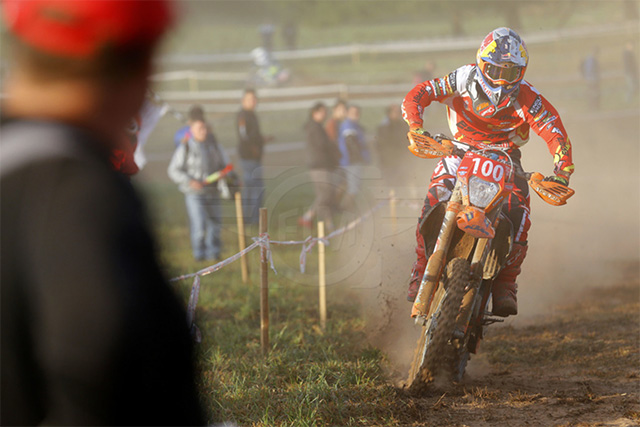 Josep Garcia took the in in the E1 class
Getting their first day win in what is collectively their first ISDE, the USA topped the day by fifteen important seconds. With Australia second, Sweden finished third with France fourth. In the Women‰Ûªs World Trophy standings Australia are nevertheless all but assured yet another class victory, carrying a seven-minute advantage into the final day. 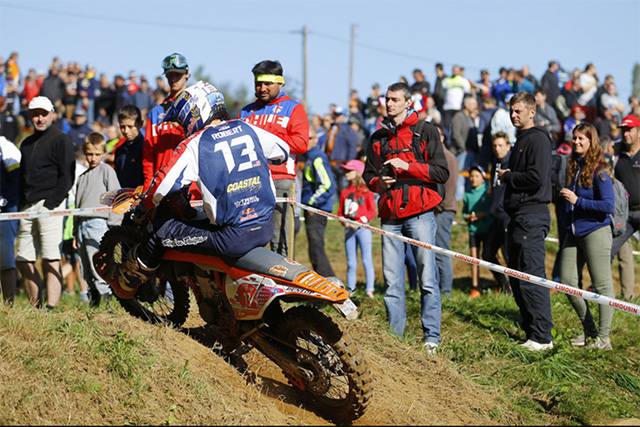 The sixth and final day of the 2017 FIM International Six Days Enduro (ISDE), France will see competitors compete in the final motocross races, situated close to the paddock in Brive. 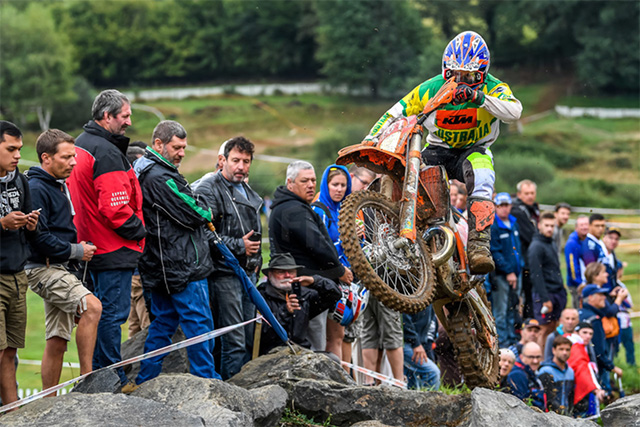