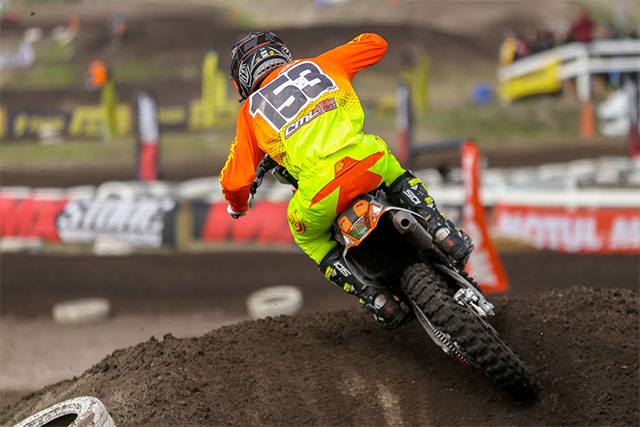 Kiwi Hamish Harwood put in the Iron Man effort at the opening round of the Motul MX Nationals last Sunday at Wonthaggi in Victoria.

The CML Motorex KTM Team rider entered both the MX1 and MX2 classes for almost 2 hours of racing.

Mounted on the KTM 300 XC, Harwood finished out of the big points in the premier class, but he still had enough sting in him to feature prominently in the MX2 category aboard the KTM 250SX, where he gained huge respect for his decision to pull double duty.

"It was a pretty consistent day. In MX1 I was kind of saving some energy but also struggling to pass riders, so I had a tough time, and in the last one I came together with another rider on the finish line jump and had a big cartwheel," Harwood explained. "I hit my head pretty hard, but apart from that, all good. The two strokes are quite different bikes to each other, even though it‰Ûªs only 50cc.

"The 300 is an XC because KTM wanted to show that it‰Ûªs a good motocross bike as well as cross country bike. All we‰Ûªve done is put a 19-inch rear wheel on it. It has heaps of smooth torque, which is nice. I was expecting it to be a real weapon, but it‰Ûªs actually got smooth power, and lots of it.

"I got two sixth places in MX2 which wasn‰Ûªt too bad a start to the season. I let a few people by in the second MX2 moto, which I was pretty annoyed about.‰Û 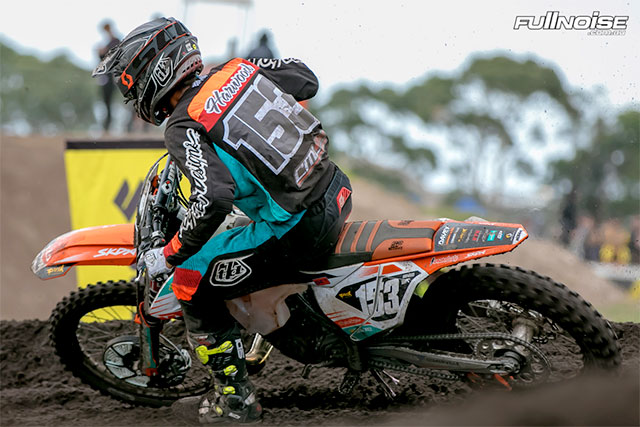 Mounted on the KTM 300 XC, Harwood finished out of the big points in the premier class. Photo: Arryn Minerds