Ireland, Brierley and Noonan take Junior class victories at Round 5 of the AORC 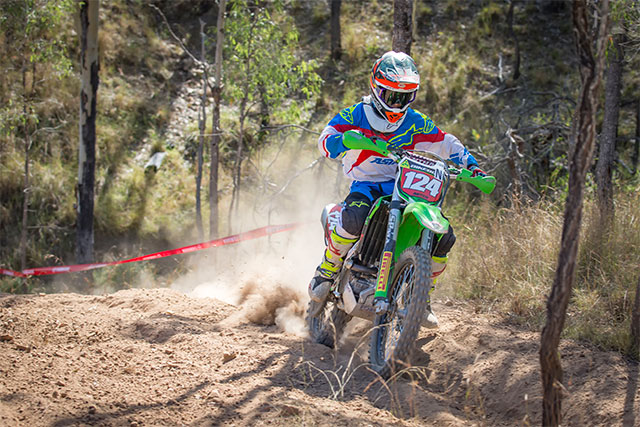 Round 5 of the 2016 Yamaha Australian Off-Road Championship kicked off today as the Junior competitors geared up for another battle for championship points on the grass track of Murray Bridge, South Australia where spectators stood out to capture that young rising stars perform.

With some new and familiar faces out on track, the development of the Off-Road calibre was set even higher today as the athletes moved their bikes around the rugged terrain in seven tests to show just the depth of rising talent here in Australia.

Young Rick Ireland, of only 16 years old, turned heads today competing in his first national Off-Road championship round and claiming the win in front of current championship points leader Zak Mitten, with an impressive time of 57:25.373. Mitten finishing in second place was only seconds behind the front runner, battling with the youngster to make up time. Mitten concluded the day with a final combined time of 57:39.308.

Coming in close third behind Mitten was William Price who put in consistent test times throughout the seven tests to finish with a time of 58:32.409.

Ireland who was far from expecting to blitz the field today was humble in his performance on the bike and expressed just how tough the competition was.

‰ÛÏI am feeling really happy with the results today it was definitely the best I could do. I was pushing really hard out on track,‰Û