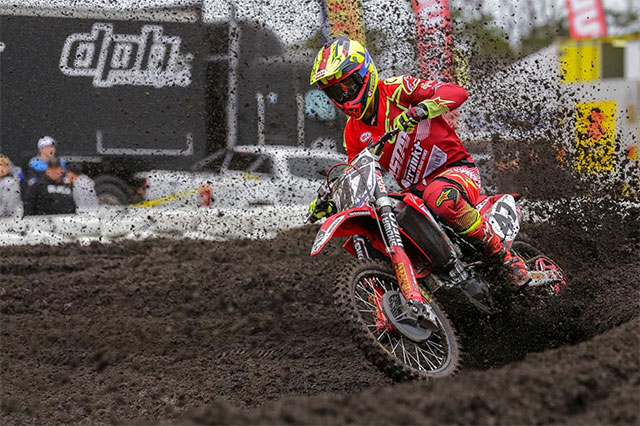 Todd Waters has claimed a podium finish in Moto 1 and concluded the weekend 6th overall at the opening round of the Motul MX Nationals in Wonthaggi, Victoria on the weekend.

The Crankt Protein Honda Racing rider entered the weekend with a lengthy list of injuries following the closing round of the New Zealand Championships where he finished 5th.

Despite Waters‰Ûª injuries he rode into his first podium finish for the season opener.

‰ÛÏit was a tough first round for us, we turned up to the track with a broken foot and cracked rib and a strapped knee. We did what we could and fought hard. First moto I got into 3rd and finished there and my race speed was really good," Waters said.

Moto 2 was a difficult race for Waters, who was taken out twice on the first lap.

The first turn saw him collide with another rider and fall to last before he was again taken out in a pack crash further down the track.

Waters recovered and rode from last place up to 10th to finish the weekend 6th overall. 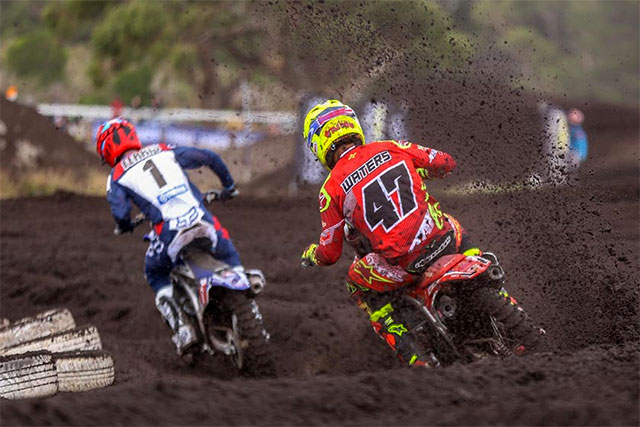 Todd Waters chases eventual winner Dean Ferris. Credit MX Natioanls
‰ÛÏMoto 2 I came together with another rider on the first turn and went down and had to go again from last," Waters explained. "The same lap I ended up in another tangle with some of the slower riders and I was a long way behind.

"It was a difficult race and 10th was all I could salvage. 6th overall was pretty devastating and I put my body in a position to win and I‰Ûªm fit but not healthy, I put myself in a position to podium and we were heading there but the start of moto 2 to come down with something that I can‰Ûªt control in other riders was devastating.‰Û