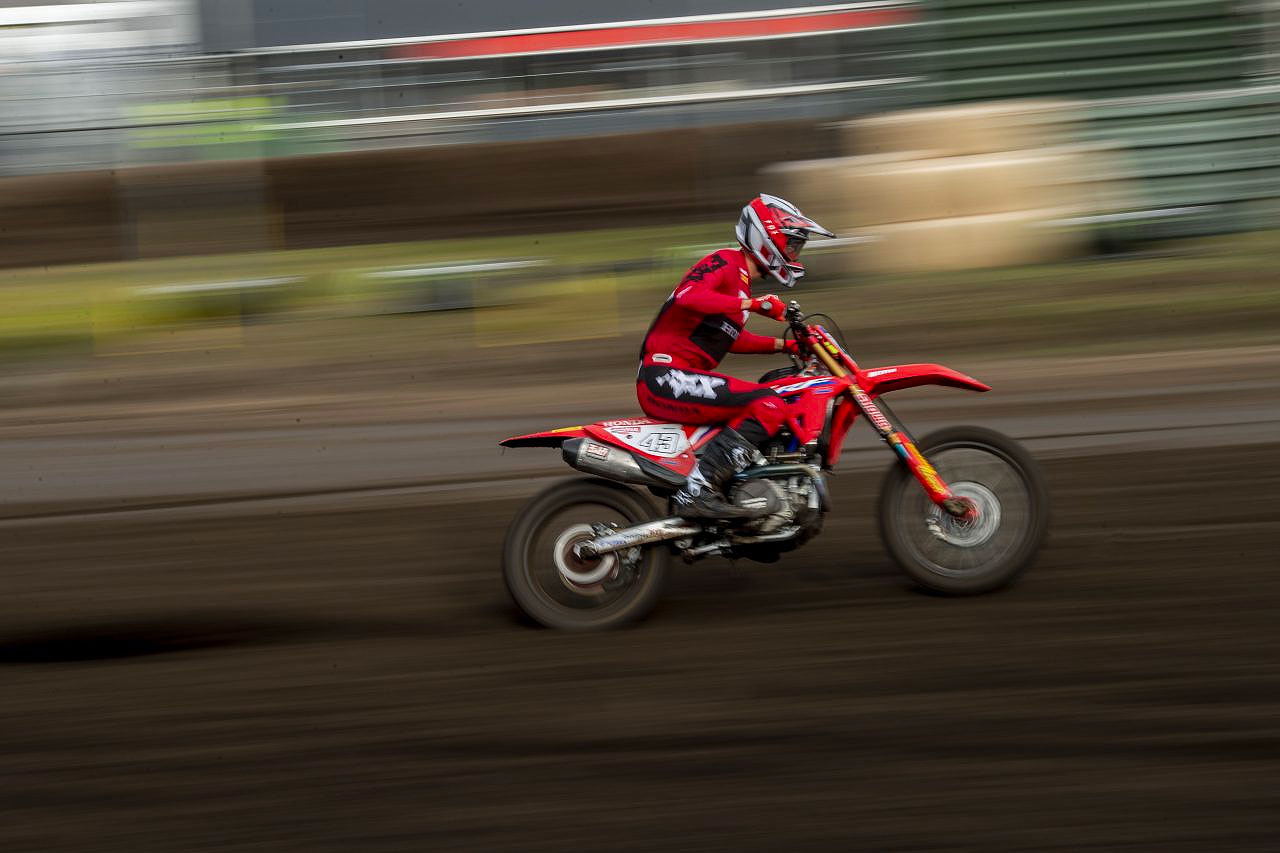 Mitch Evans before injury ended his day.
After a strong start to the 2020 MXGP season Mitch Evans has been dealt a cruel injury blow at round two at Valkenswaard for the MXGP of the Netherlands.

The Australians good start to the season came to and end when he was involved in a multi-rider incident that left him with a dislocated right-shoulder. It was an unfortunate end for Evans who was battling inside the top 10 when it happened and had been showing good speed during the weekend. He will have an MRI to assess the injury, and that will also give a more accurate timeline for his recovery.

"Really disappointed to be leaving here with my arm in a sling, without even managing to complete a lap," Evans lamented.

"I got landed on by another rider in the downhill, which then sent me into a third rider and then I was thrown off the bike. I‰Ûªve never dislocated my shoulder before so it was quite painful but we got it put back in and now I have to have an MRI just to see exactly what damage there is. I‰Ûªm hoping it won‰Ûªt be too serious though and I‰Ûªll be back riding soon, and I‰Ûªm already looking forward to getting back out there."

HRC General Manager - MXGP, Marcus Pereira de Freitas, was disappointed with the day for Evans saying, "Unfortunately, Mitch dislocated his shoulder so he wasn‰Ûªt able to score any points and will now have a little time off the bike to recover. It was a shame because he is riding well and we hoped he could continue that this weekend." 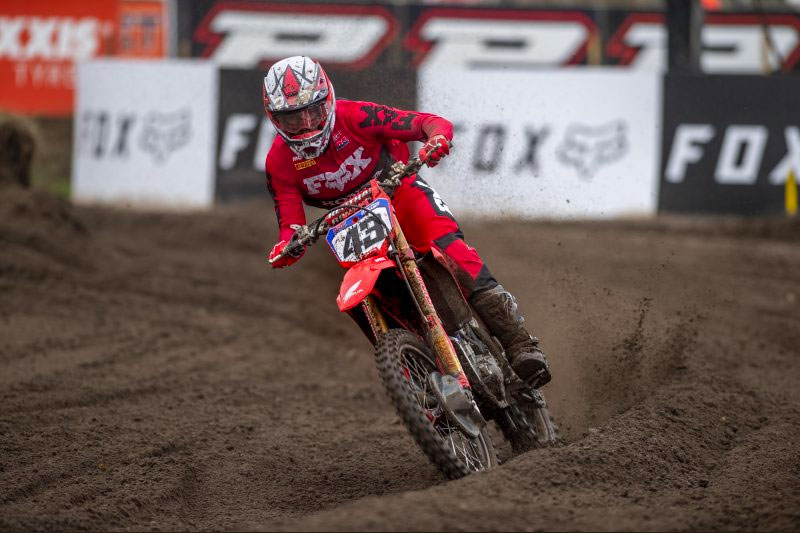