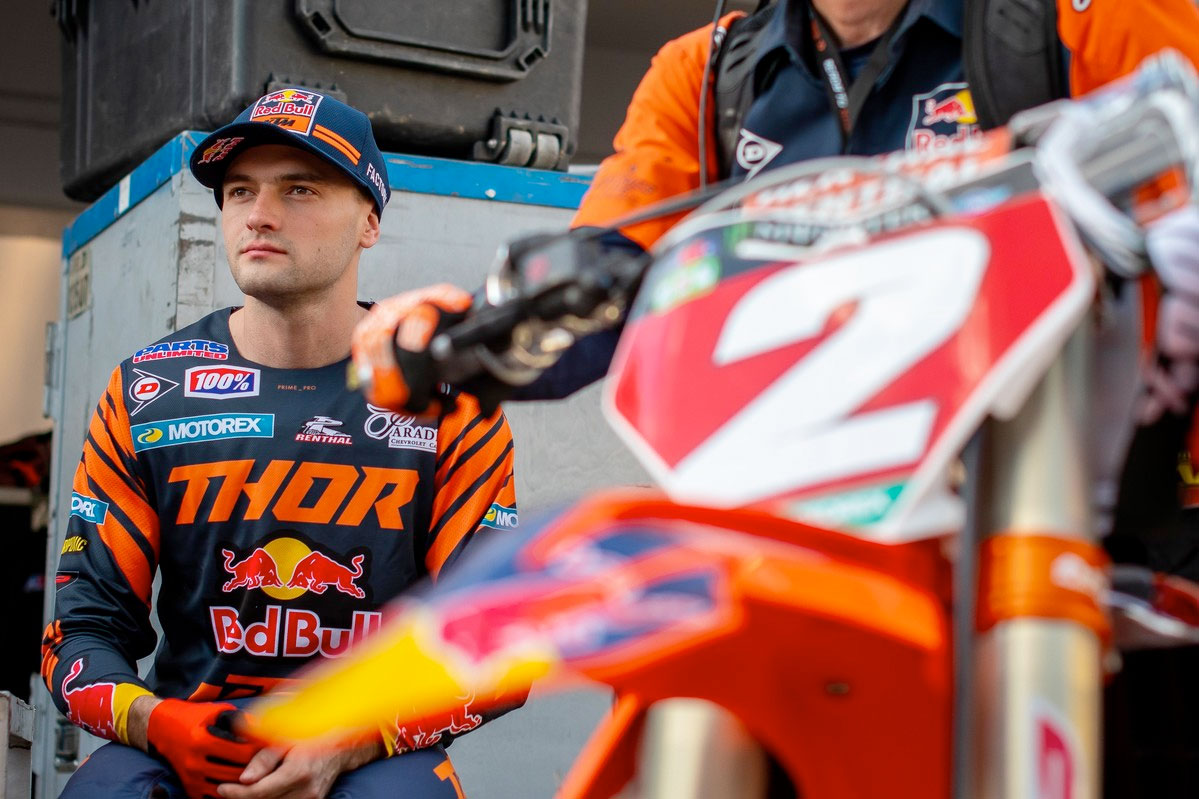 The reigning AMA Supercross Champion suffered a bone contusion in his left knee during Moto 1 of the Unadilla National on Saturday and while the injury does not require surgery, Webb will need a few weeks to recover.

Fresh off his first-career 450MX overall win at Spring Creek, Webb was beginning to gain traction in the outdoor season. With podium finishes in seven motos through the first 10 rounds, he currently sits sixth overall in the 450MX Championship Standings with two rounds remaining in the series.