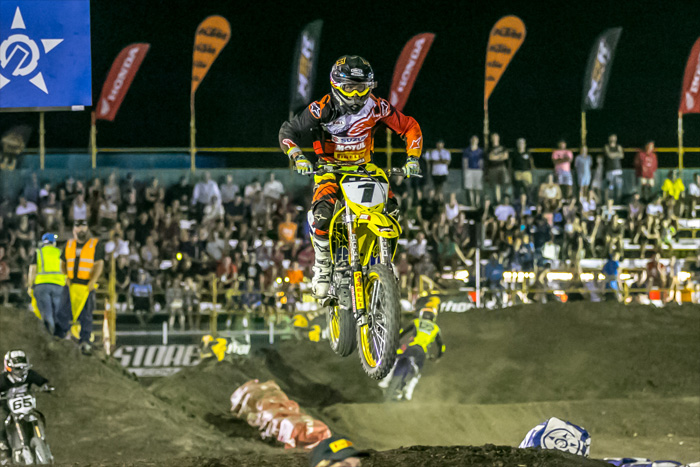 Due to injuries sustained throughout the 2015 season both Team Motul Suzuki riders are unable to compete at the season ending round of the Australian Supercross Championship this Saturday the 5th of December at Knight Stadium, Vic.

It is a disappointing end to the what has been a tough year for Matt Moss who currently sits third in the championship standings.

After rebounding from serious injuries sustained earlier in the year, Moss was in the fight to claim his third straight SX1 championship for Suzuki until a crash last weekend in Sydney put him out of contention.

Still in a position to finish the season with an overall podium result, Moss has worked hard early this week in order to be ready to give his team the farewell he was hoping for.

Unfortunately for with Moss the injury sustained to his leg at the AUS-X Open and concerns over the number of concussions he has suffered this year, he has been advised that riding this Saturday is not an option.