Injured Clement Desalle toughs it out in Thailand for more points 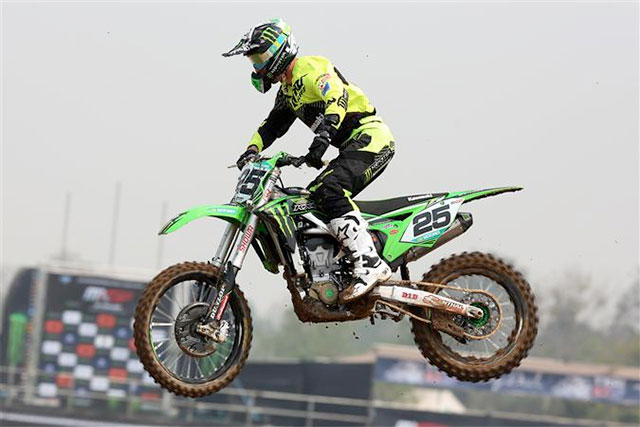 Clement Desalle once again defied the pain from a forearm fracture sustained three weeks ago to salvage six world championship points from sixteenth and twentieth moto results at the FIM MXGP Motocross Championship at Suphan Buri in central Thailand.

The gritty Belgian had been content to keep his racing activity to a minimum during qualification, but showed great resolve in the opening GP moto to race alongside fully-fit riders for an eventual fifteenth place, just one a half minutes behind the winner.

Race two proved to be more difficult and after again holding down fifteenth place during the early laps he eventually slackened his pace in the closing laps to cross the line twentieth.

"I came here with the same spirit as in Qatar, and it‰Ûªs really not easy to race like that after so many days of hard work in winter time," the Monster Energy Kawasaki Racing Team rider said.

"But that‰Ûªs how it is; I came here to score a few points and I got a few more than in Qatar. It‰Ûªs not easy to race when it‰Ûªs so hot, and it was tough physically, especially in the second race, due I think to the anaesthetic. I had to be happy with five points in the first race, but in the second moto it was so difficult that I was so close to stopping four or five times‰Û_.

"I made two small mistakes, but the positive point is that my arm was not too painful and I know that I didn‰Ûªt damage it. Honestly it was tough to recover from surgery, and then to fly so far twice for these two GPs, with some jetlag too, but I have no regrets about my decision; maybe these nine points will be important later in the season. Now I need some rest, and then I will listen to my body before getting back into physical training; for sure I will not be fit for Valkenswaard, but I just hope that I will be able to ride my bike one or two times before this third round," Desalle concluded.

Clement now has three weeks to prepare for the next round of the series at Valkenswaard in the Netherlands on Easter Monday, March 28. 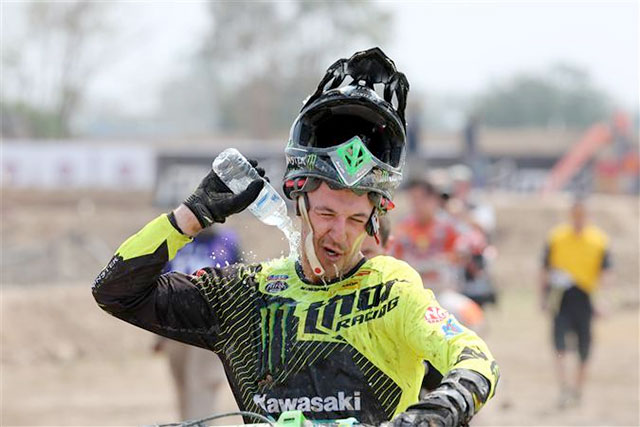 If a broken arm was not enough to deal with, it was also 40 degrees on race-day!