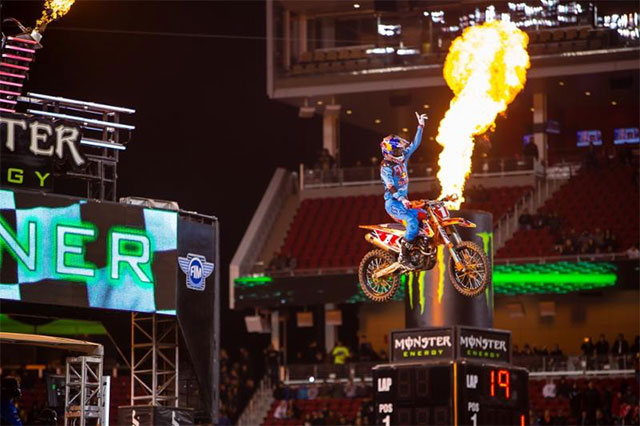 With his sixth win of the 2016 season of Monster Energy AMA Supercross, an FIM World Championship, reigning 450SX Class Champion Ryan Dungey took one step closer to defending his crown.

This weekend the Red Bull KTM rider will chase a seventh victory as the championship makes its annual visit to the "Circle City" of Indianapolis from Lucas Oil Stadium on Saturday, April 9.

The visit to one of the country's most prominent motorsports destinations will also signify the return of the Eastern Regional 250SX Class Championship, which has featured four different winners through its first four races.