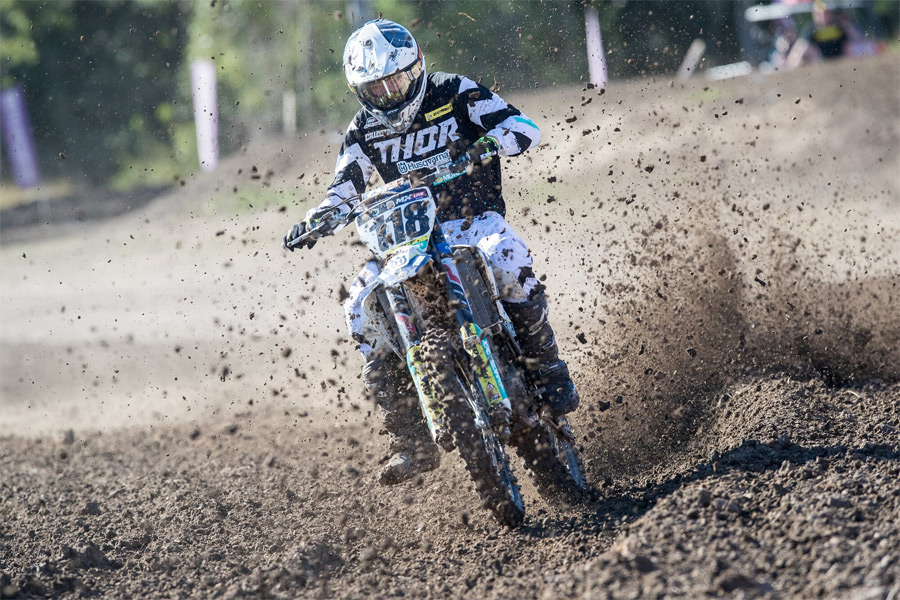 17 year old Victorian Motocross come desert racer, come Supercross rider, Callum Norton continued to show his worth on the weekend, with an impressive opening moto performance at the 9th round of the 2018 Pirelli MX Nationals held at Gladstone.

In his Thor MX1 class debut, the DPH Motorsport Team rider finished 7th in both moto's to finish 7th overall for the round. Norton showed some great early race pace running inside the top three in the opening moto with some great starts and in the process showing he has the outright speed to run with the nations best.

"I'm really happy with the weekend." Norton enthused. "Although I didn't holeshot, I was in the lead group from the start and was able to push through both motos for equal sixth overall, and stay in front of some pretty fast guys.

"The DPH crew made me feel right at home on the bike and I can understand why so many riders step up when they ride for this team, so I'm glad I was able to give them a solid result. I can't wait for Coolum next week!"

For MX2 team-mate Dylan Wills it proved to be a tough weekend after sustaining a knee injury in the lead up to the round.

"It's not the weekend I wanted at this point in the championship." Wills commented. "I got off the line well and rode to fifth in race one but just couldn't push the way I wanted to.

"For race two, the track got rougher, and the ruts deeper and, although l kept it under wraps, I actually tweaked my knee in training and I just kept clipping it through corners until I eventually crashed, and struggled to get the bike going again, pushing me back to 19th. I'll be resting this week as I start switching my thinking to supercross."