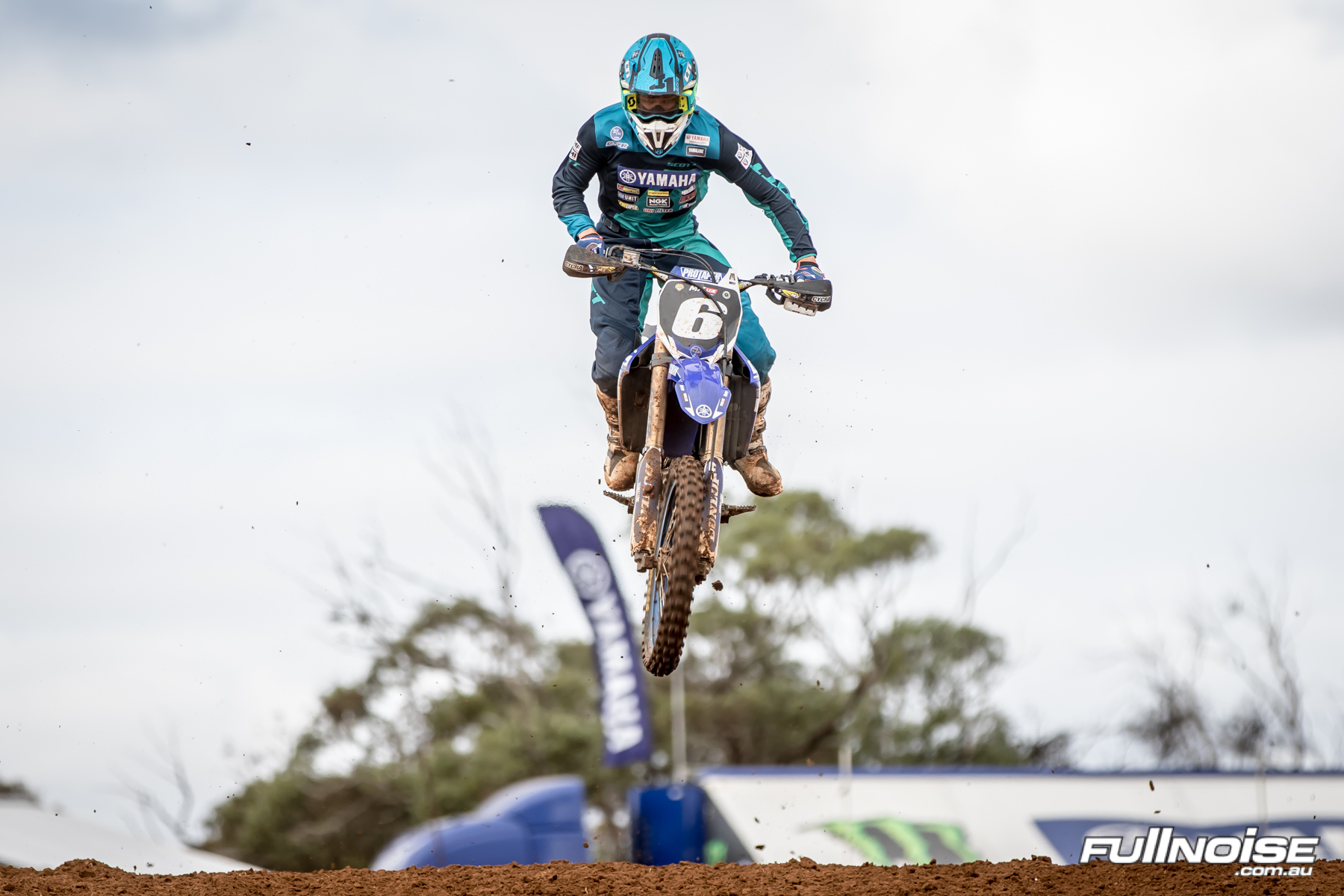 ay Wilson has been through a horror month with his health after having finger surgery, then suffering from a virus in the lead up to Murray Bridge limiting his bike time, but you wouldn‰Ûªt know it watching him race.
The Yamalube Yamaha Racing Team of Jay Wilson and Richie Evans were entrenched in battle at rounds four and five of the MX Nationals with both riders posting impressive results and making their presence felt.

It was a massive weekend of racing at Murray Bridge, where the popular circuit hosted rounds four and five of the MX Nationals and it was always going to be an important round in the championship with so many points on offer on the one weekend.

Jay Wilson has been through a horror month with his health after having finger surgery, then suffering from a virus in the lead up to Murray Bridge limiting his bike time, but you wouldn‰Ûªt know it watching him race.

Wilson posted fast lap times right from the get go and showed he was ready for the fight. On Saturday the MX2 class faced the sprint format of two shorter back to back motos in the morning session and then one longer 20 minute race to finish the day. Not only did he prove fast, but also consistent as he finished with 2-2 results in the sprints and engaged in a tight battle with Kyle Webster. He backed that up with a third place in the long moto to claim second on the day and mount the podium for the second third time in four rounds.

Feeling a little fatigued on Sunday morning, he still musted the energy to post P1 in qualifying and keep his momentum rolling. He faced a more traditional racing format on Sunday with a 30 minute race to start the day and a 20 minute leg to conclude round five.

He charged to third place in race one but a poor start in race two put an end to his podium streak for the weekend. He was outside the top 10 and was able to move into the top six with a lap to go but crossed the line a tired and frustrated seventh place. His 3-7 results gave him fourth for the day and he now sits third in the MX2 championship, just 25 points away from the championship lead.

‰ÛÏIt was a bit of a frustrating way to end the weekend but overall it has been a positive one for me and maybe more than I was expecting considering how I was feeling earlier in the week. I was a bit off balance on that last start and had to double clutch it which resulted in a poor start. I did all I could to get back as many positions as I could but it is a hard track to pass on and I was able to generate the speed that I was doing on the earlier motos.

‰ÛÏStill, we are in good shape for the championship and I was able to get out of here, which has been a bit of a hoo-doo track for me in previous years, healthy and gain a few points on Wilson Todd in the championship.

‰ÛÏI‰Ûªm going to take a week off and let my body recover before I get stuck into my training for a big back half of the year where a lot of the rounds are back in my area on tracks I really like,‰Û 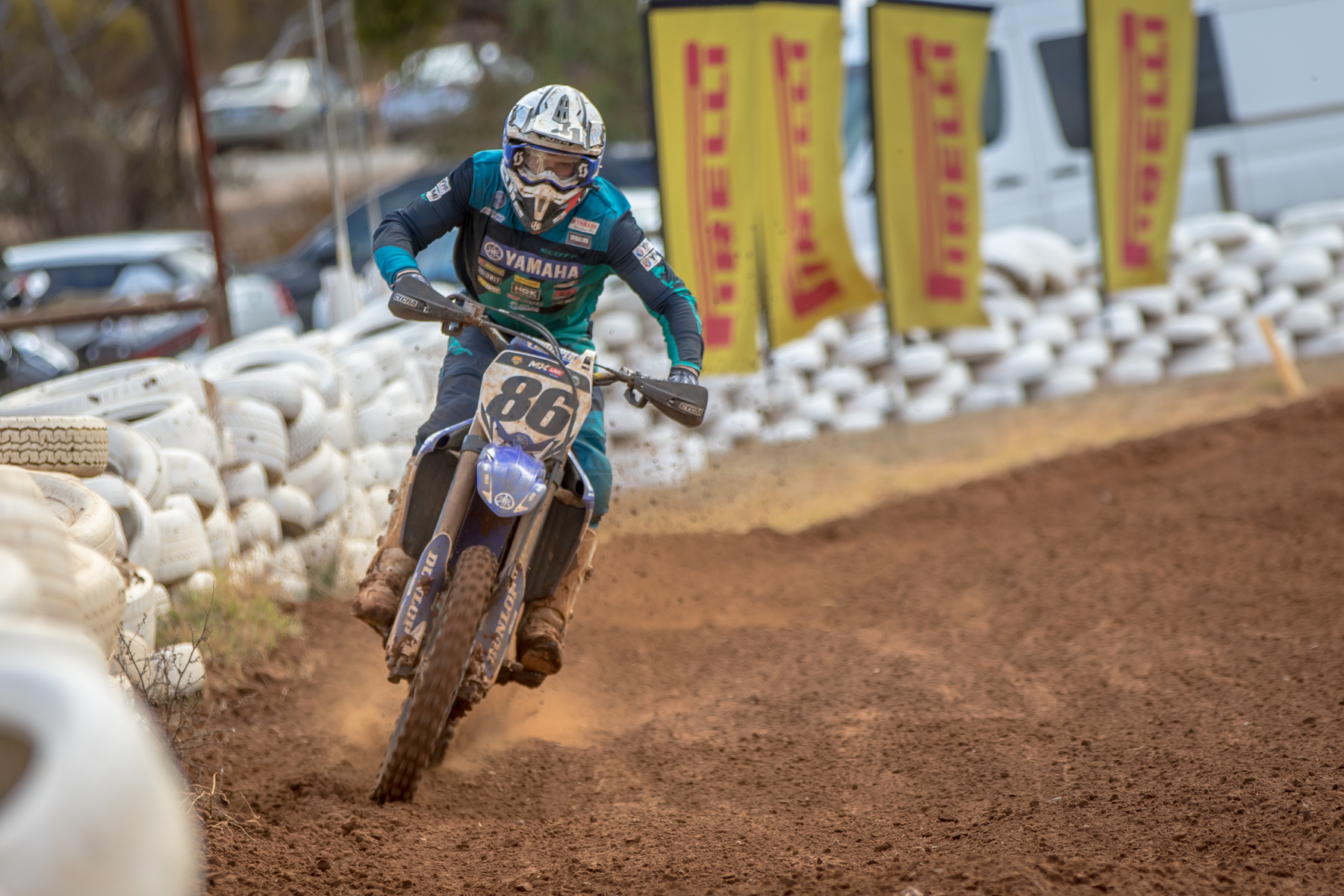 On Saturday he finished with 7-7 results in the two thirty minute motos in a very consistent day. His starts weren‰Ûªt great but he was able to pick his way forward throughout both races showing his fitness is getting back to where it needs to be. Sixth place was a career best for Evans in the MX1 class.

He matched that result on Sunday but again progress was made with his riding. Faced with the sprint format, Evans focused on starts and early race intensity to snare 6-7 results on the shorter races.

Again, his fitness was on display in the final moto. After another average start, he moved forward, passing more established and high profile riders along the way. On the second last lap, he was able to make a pass into fifth, a position he would keep until race end. His 6-7-5 results netted him sixth for the round and now sees him move into the top 10 in the championship.

‰ÛÏThe first three rounds have been terrible for me for a bunch of reasons and I just wanted a clear run to see what I was capable of and where I sit. I was able to get that this weekend at Murray Bridge and I‰Ûªm pretty happy with the outcome.

‰ÛÏI had a goal to finish in the top eight every time I hit the track this weekend and apart from qualifying, I finished every race in seventh or better. And the last race was the best I felt all year at the MX Nationals.

‰ÛÏIt feels good to leave here with a result that I can be proud of and it also gives me motivation to keep working harder. The more I race with the riders at the front, the more I learn and the more comfortable I get with the pace.

‰ÛÏThanks to the team for a huge weekend as my mechanic Jed busted his butt all weekend as well as Mike back in the work shop. I glad I could reward them with some decent results and now I want to keep it rolling through to Coolum,‰Û