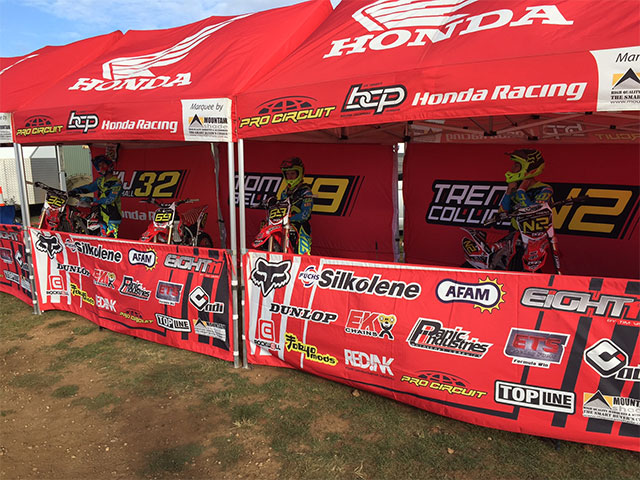 Round 2 of the Victorian Junior Motocross Championships were held over the weekend at the Shipwreck Coast Motorcycle Club near Warrnambool, Victoria. 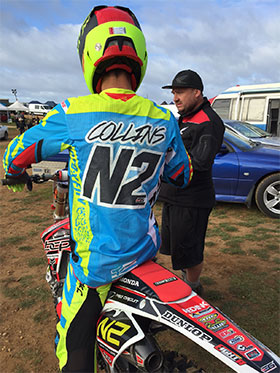 Trent Collins
The event once again attracted some of the best juniors in the country as riders from each and every state flocked to the garden state to test themselves against the Victorian riders.

In his first Australian race for 2016 under the BCP Pro Circuit Honda squad New Zealand rider Trent Collins impressed greatly after a runaway 10 second win in moto one of the A grade 250cc class.

Moto two started off well for Collins in third place exiting turn one but when Western Australia‰Ûªs Caleb Grothues crashed in front of him in turn two leaving nowhere to go, the kiwi had to re-start in last place. A spirited charge through the pack saw Collins finish in fifth place by the time the chequered flag had waved.

The final moto of the day was a good one for Collins who after starting in fourth place, quickly moved into third in the opening laps before reeling in current state champion Cody Dyce and making the pass. Collins quickly pulled a gap on Dyce but by this time a hard charging Callum Norton had pulled away to a sizeable gap.

The win in moto one combined with his fifth and a second place in the final moto would give Collins a solid second place overall on the day. The same result he secured at last year‰Ûªs National Junior Motocross Championships in Bunbury, WA.

‰ÛÏI‰Ûªm really happy to have had a good first race here in Australia,‰Û